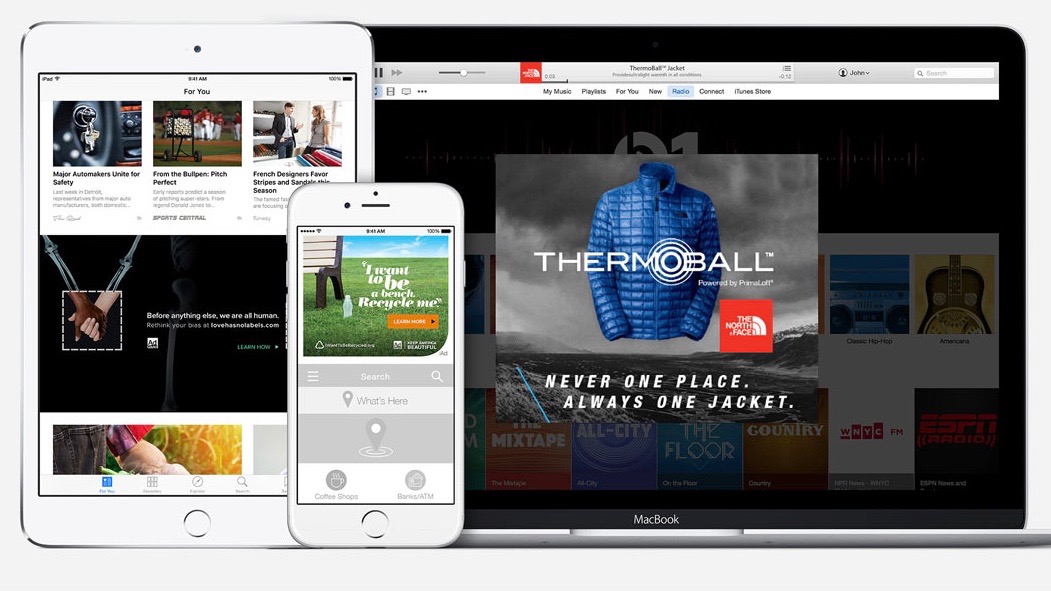 February update: We have followed up with Apple numerous times since this original post for more clarification and have finally received a firm answer to explain the situation. The whole of the iAd network is going away — developers will not be able to include any ad banners in their apps after June 30. Developers will have to find a new ad company to continue monetizing their apps using ads, as iAd will no longer function. Original story below …

The news follows a report from Buzzfeed that Apple is closing iAd campaign sales and converting all inventory to automated system. Apple says that if developers want to keep advertising on iAd until that time, they have to make a campaign from scratch using iAd Workbench. New apps will not be accepted into the iAd App Network Program.

END_OF_DOCUMENT_TOKEN_TO_BE_REPLACED

iOS 8: Apple considers moving iTunes Radio to its own app to boost usage In an effort to boost usage of its new streaming music service that launched alongside iOS 7 last fall, Apple is considering changes to iTunes Radio. The Cupertino company is now testing iTunes Radio as a standalone application with iOS 8, according to sources briefed on the plans. iTunes Radio first arrived as a feature within the iPhone, iPad, and iPod touch operating system’s Music application. As a tab in the already-existing Music app, iTunes Radio has not received a promoted presence on iOS, and this likely has deterred growth for the service in terms of advertising revenue and usage…

END_OF_DOCUMENT_TOKEN_TO_BE_REPLACED

Google today announced on its blog that it’s introducing an “updated ad experience” for Google Maps on iPhone, iPad, and Android that will display a small banner at the bottom of the screen when a user performs a search. Google used to display smaller banner ads that would pop up as an overlay on the map after searching for a location, but the new experience brings ads into the new bottom bar that Google introduced in its recent redesign of the Google Maps mobile apps.

Relevant ads on the Google Maps app can now appear at the bottom of the screen after a user performs a search. They include a title, ad text, and a link to get directions. Users can tap or swipe upward to see more information — this is a new click type known as “Get location details” and results in a standard CPC charge.

Just like the previous ads, tapping or swiping up on the new ads placed at the bottom of the screen will pull up details about businesses including images, reviews, phone numbers and addresses. Google’s recent update to the Google Maps mobile apps also brought Zagat ratings and Google Offers into the local business search results displayed on the new bottom navigation bar.