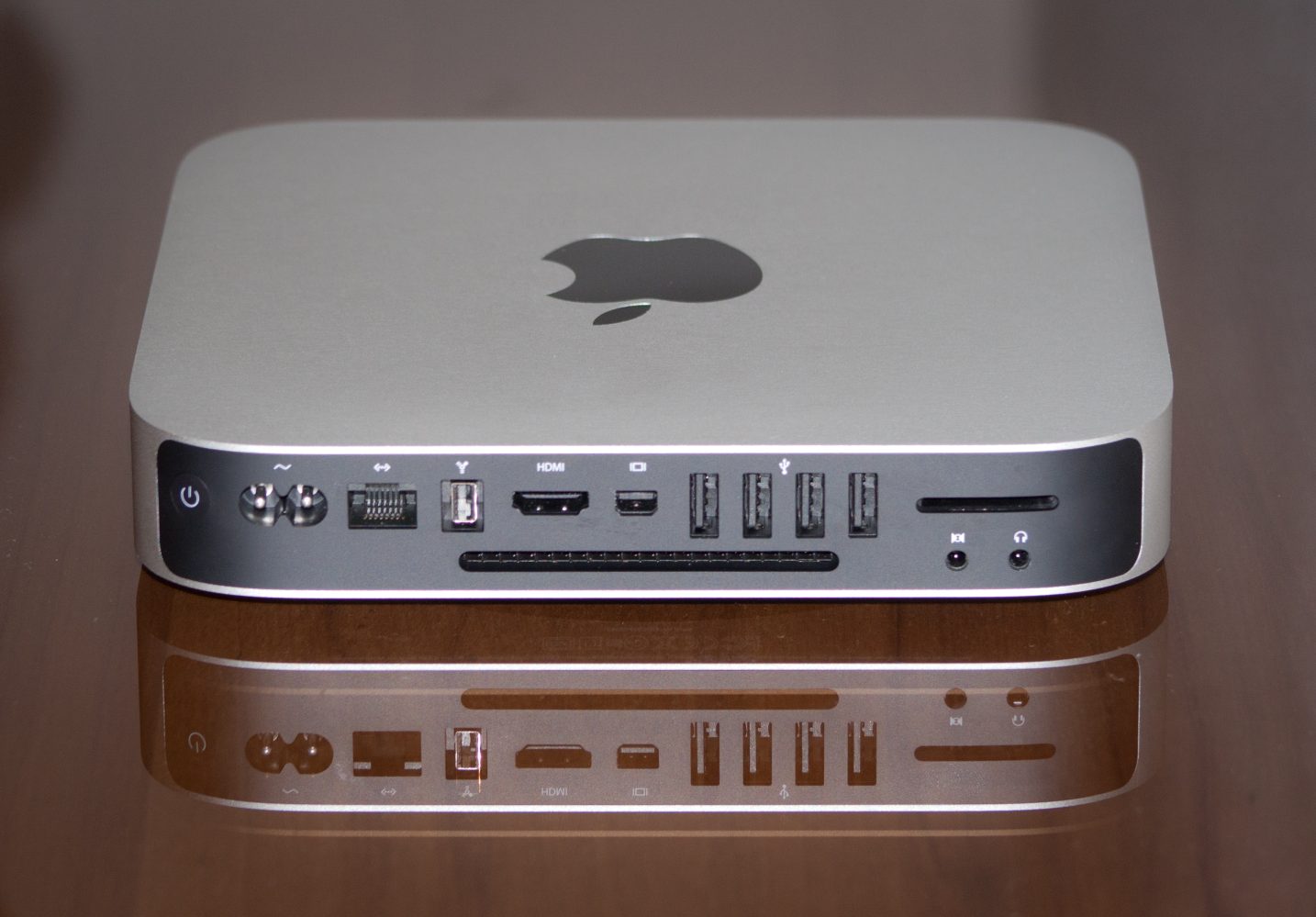 Apple is changing its focus on the popular network managing app, macOS Server. The company says that a number of services will be baked into the operating system and will be hidden on new macOS Server installations. However, those who are already using these features will be able to continue to use them after the spring 2018 macOS Server update.

END_OF_DOCUMENT_TOKEN_TO_BE_REPLACED 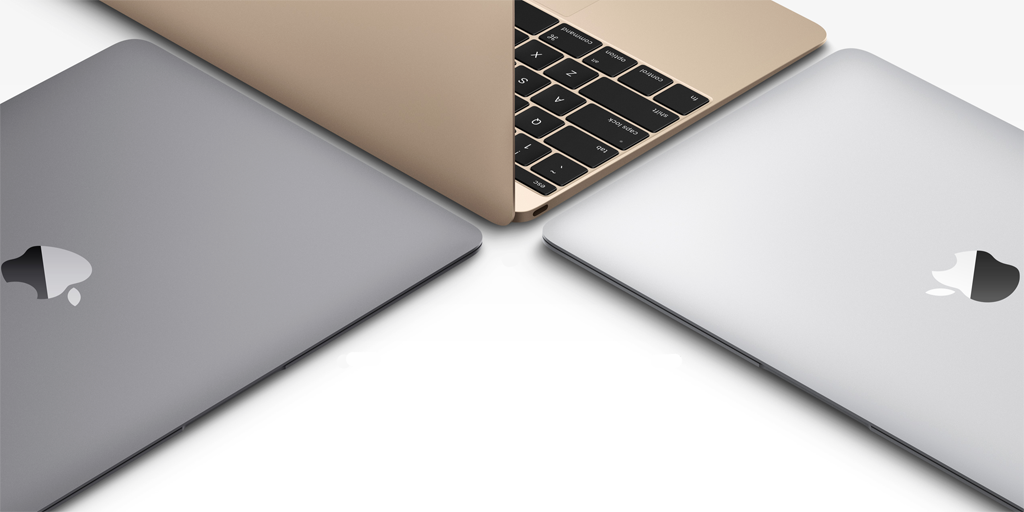 END_OF_DOCUMENT_TOKEN_TO_BE_REPLACED

Apple has just posted a pre-release build of OS X Server version 4.0 on its developer portal. The update is designed for systems running the upcoming OS X 10.10 Yosemite and has a build number of 14S323. The seed notes are below:

 OS X Server 4.0 Developer Preview OS X Server 4.0 Developer Preview 14S323 (app version 3.5.9) is now available for testing. This version is designed for OS X Yosemite and includes many new features and improvements. Minimum System Requirements To install OS X Server 4.0 Developer Preview 14S323, you need one of these computers: • iMac (Mid 2007 or newer) • MacBook (Late 2008 Aluminum, or Early 2009 or newer) • MacBook Pro (Mid/Late 2007 or newer) • MacBook Air (Late 2008 or newer) • Mac mini (Early 2009 or newer) • Mac Pro (Early 2008 or newer) • Xserve (Early 2009) Your Mac needs: • OS X Yosemite Developer Preview • Atleast2GBofRAM • At least 10 GB of available disk space (50 GB if you wish to use Caching Server) Clean installs, updates from OS X Server 4.0 Developer Preview 14S310 and upgrade and migration from OS X Snow Leopard, OS X Lion, OS X Mountain Lion, and OS X Mavericks systems are supported (exceptions noted below) for this seed. What’s New In OS X Server 4.0 Developer Preview Server Application • OS X Server can perform network diagnostic tests to verify your server is accessible from the Internet. Network diagnostic tests verify reachability by checking your server’s host name, and service ports. • Firewall and user/group-based service access controls can now be defined in the Access tab of Server pane. Access restrictions may be applied in multiple levels – for  all networks, local networks, this Mac, custom networks, and for specific users and groups. File Sharing • SMB 3 is the default protocol for sharing files in OS X Yosemite. SMB 3 helps protect against tampering and eavesdropping by encrypting and signing data “in-flight.” In addition to SMB 3, OS X Yosemite maintains support for SMB 2, AFP and SMB network file sharing protocols, automatically selecting the appropriate protocol as needed. • SMB 3 provides end-to-end encryption to protect data and secure communication on untrusted networks. SMB 3 uses AES CCM for encryption to ensure communications between client and server are private. • To guard against tampering, SMB 3 adds a signature to every packet transmitted over the wire. SMB 3 uses AES-CMAC to validate the integrity of the signature, ensuring the packets have not been intercepted, changed or replayed and that communication between hosts is authenticated and authorized. Profile Manager Profile Manager features new payload settings and Mobile Device Management (MDM) support for new features in iOS 8 and OS X Yosemite. iOS and OS X • MDM support for device renaming • MDM query to display which VPP account is configured on a device, if any • Network settings for WPA-2 Enterprise and WPA2-PSD security types • VPN settings to support “Always On” and Internet Key Exchange (IKEv2) iOS 8 • MDM support for pushing the installation of media assets including PDF, EPUB and iBook Author files • MDM query to determine the most recent iCloud backup • Restriction setting to Allow user to configure restrictions on a device • Restriction setting to restrict cellular data usage • Restriction setting to allow or restrict use of Handoff • Restriction setting to prevent backup of managed books • Restriction setting to prevent syncing of highlights and notes of managed books • Restriction setting to allow Internet results in Spotlight search • Restriction setting to Allow Erase of All Content and Settings • Restriction setting to Allow Managed Apps to Store Data in iCloud • Network setting for EAP-SIM random key challenges • Updated Content Filter setting for third-party Plug-in filters • Updated Mail setting with per-message S/MIME signing encryption switch  • Managed Domains setting to manage web and mail account domains OS X Yosemite • MDM support for OS X enterprise app installation • AD Certificate settings to support AllowAllAppsAccess and KeyIsExtractable • SCEP and AD Certificate settings to allow specifying certificate renewal notification time • Passcode setting to prevent login after a specified number of incorrect attempts Mail Server • Simpler interface for setting up email for multiple domains. Calendar Server • Administrators can store address information for all meeting rooms in the Calendar Server. This allows Calendar clients to associate map location with a schedule-able location, support travel times, etc. Caching Server • IP address range registration to support caching content in non-NAT’ed networks. What’s New and Noteworthy to Test • Upgrade and migration from OS X Snow Leopard and higher systems • Xsan Bug Reporting When reporting a bug, enter the following command in Terminal, then attach the output to the bug report. $ sudo /Applications/Server.app/Contents/ServerRoot/usr/sbin/ serverloggather Known Issues Server App • On first launch following a migration from a OS X Server 3.1.2, Open Directory users and groups may not appear. The workaround is to quit Server App and relaunch. Wiki service.  Xsan Configuration Instructions • Create a SAN • Start Xsan and create a new SAN. This machine will become an Xsan Controller. • Joining a Controller to an existing SAN • Start Xsan and select to Join a SAN. • Clients • Use the “Save Configuration Profile” command available on the Xsan pane of Server App to add a client to the SAN and copy the profile to the client. Install the profile on clients by double-clicking the profile and following the installation process. Configure SAN Clients Using Profile Manager Clients can be configured using an Xsan Configuration Profile generated using Profile Manager. 1. Enroll one of the Xsan controllers into Device Management of Profile Manager. 2. Enroll each SAN client into Device Management of Profile Manager. 3. Use Profile Manager to push the Xsan configuration profile to the Clients. 4. Install the Profile on each SAN client. Upgrade and Migration    1. 2. 3. Upgrade or Migrate your legacy Primary MDC first • Launch Server App and turn Xsan ON • Select to Restore a previous SAN configuration Upgrade or Migrate your legacy Backup MDC’s (one at at time) • Launch Server App and turn Xsan ON • Select to Restore a previous SAN configuration Upgrade or Migrate Xsan Clients • Xsan will not be enabled at the end of the upgrade/migration • Copy the Xsan Configuration Profile from one of the MDC’s and install on the client OR Configure SAN Clients using Profile Manager (see notes above)

Following the release of the latest OS X Mavericks 10.9.2 build to developers earlier this week, Apple has released a new seed (build 13S4101b) of OS X Server 3.1 to developers today.

Apple seeded the previous build earlier this month as it inches closer to public release.

Apple has released a new beta of OS X Server 3.1 to developers. The update requires OS X 10.9.2 on the target machine and has a build number of 13S4090c. The previous build was released on January 21st.

This developer preview follows the release of iOS 7.1 beta 5, which came out earlier this morning. You can grab both betas on Apple’s Developer Center.

Minimum System Requirements To install OS X Server Preview, you need one of these computers:

Bug Reporting When reporting a bug, enter the following command in Terminal, then attach the output to the bug report. $ sudo /Applications/Server.app/Contents/ServerRoot/usr/sbin/ serverloggather

Known Issues! Profile Manager • When using a self-signed certificate, the Invalid Certificate sheet may not appear after saving login credentials using Safari 7.0.2. The workaround is to navigate back, and then forward, in Safari.” • The “Enable VPP Managed Distribution Service” checkbox gets stuck in a the “Processing VPP information….” state. The workaround is to click the Refresh button in the bottom toolbar to force an update. Other • Updating to OS X Mavericks 10.9.2 disables WebDAV for Wiki Server. To restore Wiki share points on WebDAV clients upgrading, run the following command in Terminal: sudo apachectl restart • In Xcode Server, automated logic tests run in the simulator may fail with an error similar to: “Test target [test name] encountered an error (Test process exited with code -1). • In Caching Server following a migration OS X Snow Leopard Server to OS X Server 3.1 Preview 13S4090c, the data directory is not created. The workaround is to turn the Caching Server service on.

Apple has just pushed out a developer preview of the next OS X Server update, version 3.1. The update has a build number of 12S4076f and is designed to run on the recently-released 10.9.2 beta.

You can grab the update from Apple’s Mac developer center now. The seed notes are below.

Please be aware that you will not be able to revert back to your previous system after updating. Please install this update on a system you are prepared to erase if necessary.

– In Profile Manager, the “+” and “-“ buttons within the payload editor do not add or remove a payload when administering from an iPad. – In the Xcode Server Web UI, bot creation may skip from Step 2 to Step 4. The workaround is to quit Safari and retry. Noteworthy Change and Areas to Test

How Google manages over 40,000 Macs…without much help from Apple

During a talk at the LISA ’13 conference in Washington D.C earlier this month, a couple members from Google’s Macintosh Operations team explained how the company has been forced to develop its own set of tools to manage its fleet of roughly 43,000 Macs. The reason, according to Google engineers Clay Caviness and Edward Eigerman, is that Apple isn’t doing a great job at supporting its enterprise management tools. As the first slide of the presentation (pictured above) puts it, “While Apple won’t do much for you, there are tools out there you can use to keep your machines secure, up to date and useful.”

“We don’t use any of Apple’s tools to manage the Macs. Apple arguably produces two tools, Mac OS X server… and Apple Remote Desktop. It kinda breaks down when you get it over 50, 100, 200 machines that you’re managing… we’ve sort of lost their attention as far as enterprise management tools.”

During one slide (pictured above, right), Google uses the red line to represent the release of the iPhone while noting Apple’s remote desktop “hasn’t had a major revision to it since 2006.” To avoid using Apple’s management tools, Google has either developed its own tools or is using open source tools for everything from configuration, to package management, monitoring system levels and more. Google announced during the talk that one of the imaging tools it developed, CanHazImage, will soon be hitting open source.  END_OF_DOCUMENT_TOKEN_TO_BE_REPLACED