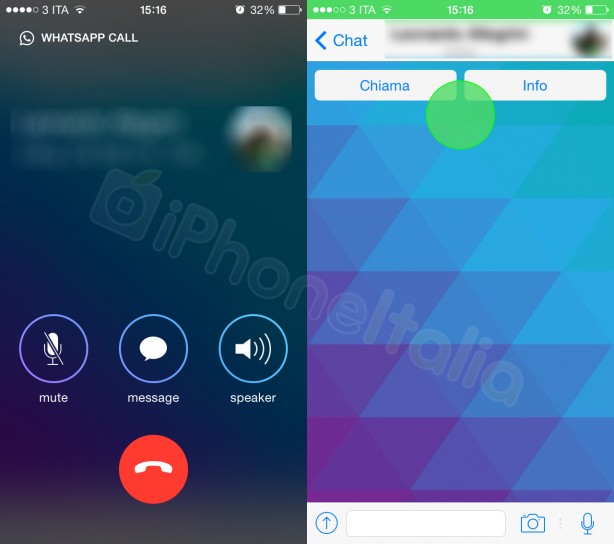 As you might expect, the WhatsApp calls will be free and available on both WiFi and cellular. Both in terms of visuals and functionality, it directly pits itself against FaceTime Audio as a phone replacement. The upcoming update will also feature photo messaging more prominently. Instead of hiding photo attachments behind the ‘more’ button, there will now be a camera icon on the bar above the keyboard to quickly snap pictures and send them to the conversation recipients.