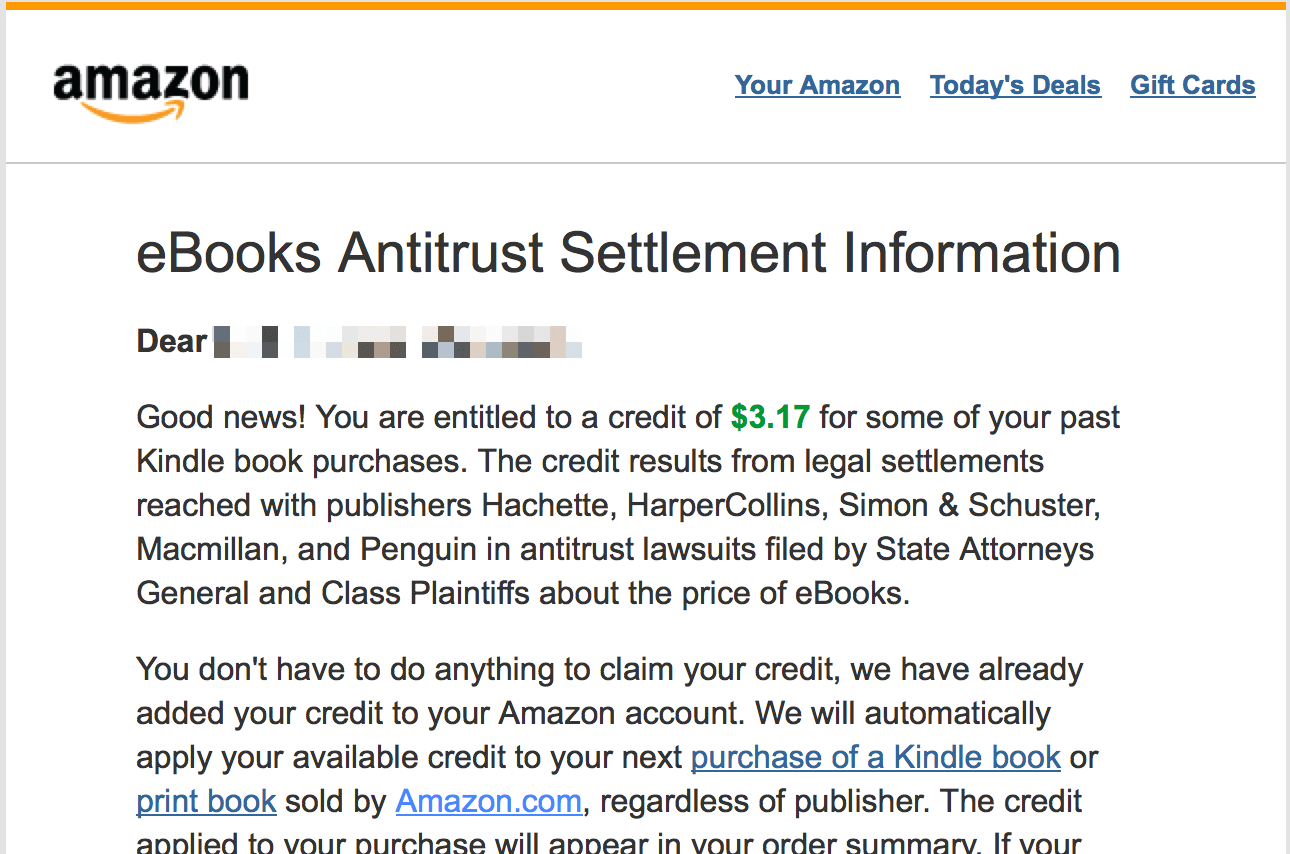 Amazon has begun issuing credit to accounts that qualify for a refund as a result of the price fixing settlement reached between Amazon and publishers. Customers are eligible for refund credit on ‘qualifying’ Kindle book purchases between April 1st 2010 and May 21st, 2012.

How Amazon determines how much credit a person is eligible for has not been disclosed; assumedly it is some percentage of the price paid for the title.  Don’t expect a massive windfall: most people on Twitter are reporting refunds of just a few dollars each. Obviously, the refund will be roughly proportionate with how often you buy Kindle ebooks.

The credit is valid until the 31st March 2015, so eligible account holders have about a year to use their refund. Users of Kobo and Barnes and Noble ebook stores should also expect similar credits in the near future. Meanwhile, Apple continues to fight the case — the company formally appealed the Department of Justice’s decision in February.