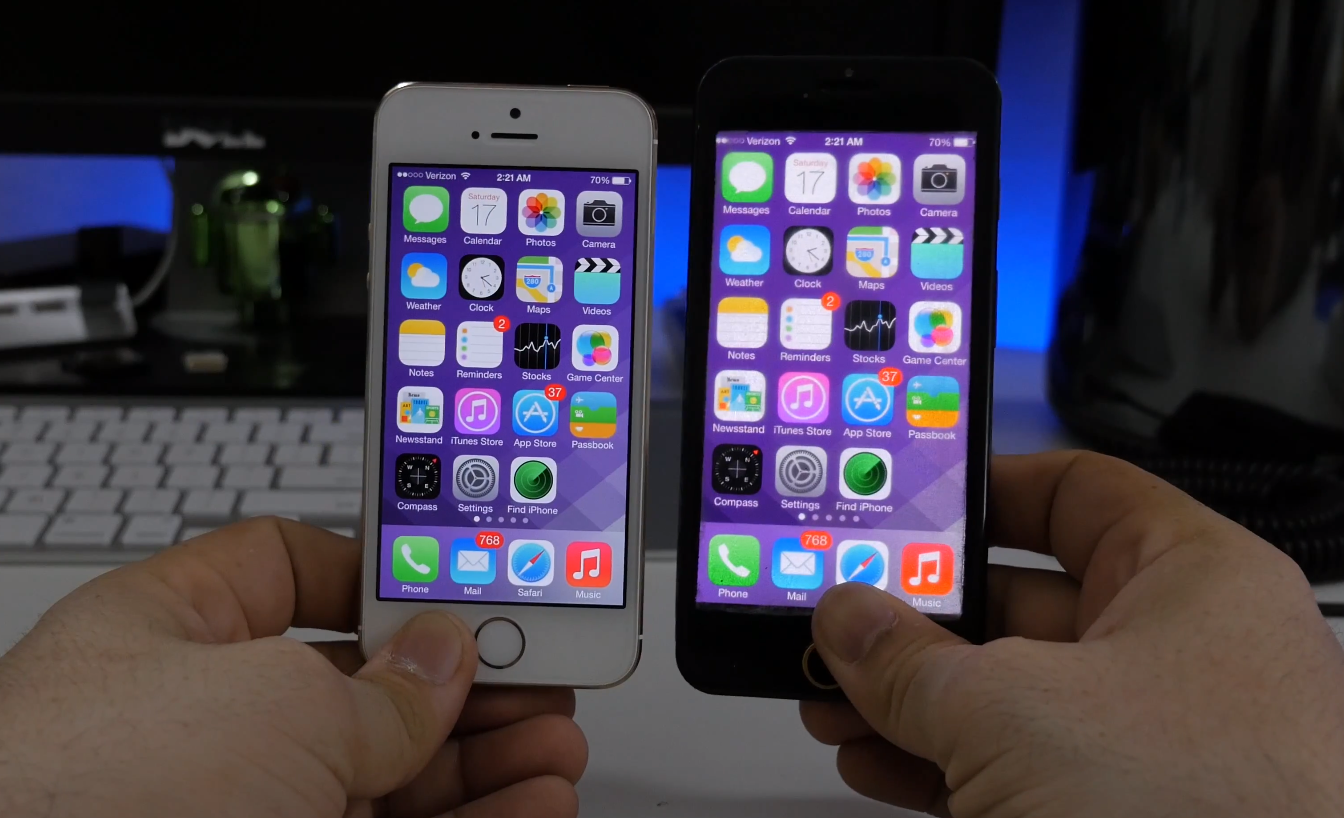 Over the past couple of months, it’s been rumored that Apple’s iPhone 6 will feature a larger 4.7-inch display. Several mockups and schematics have appeared online that mimic this rumor, but we won’t have confirmation until Apple announces the iPhone 6 later this year.

Instead of waiting for the rumors to be confirmed, we thought it would be fun and useful to create a physical iPhone 6 simulator. Doing so, would give us an idea of what iOS would look like if it were running on a 4.7-inch display…

As reported by our own Mark Gurman, Apple may be working on a larger display with a resolution of 960 x 1704 giving the iPhone 6 a display density of 416 PPI on a 4.7-inch iPhone 6 and 356 PPI on the rumored 5.5-inch iPhone 6. In the event that either of these display sizes end up on the production line, sources say that most of iOS will simply be enlarged to fit a bigger display. Though as we reported, it’s possible that Apple will take advantage of the higher resolution and larger size in certain apps like Safari and Maps. Check out Mark’s article here for more information.

In order to create a physical representation of an “iPhone 6,” we needed a qualified candidate to replicate the display size. It just so happens that Motorola’s Moto X has a 4.7-inch display that matches up very closely with the fake display found on numerous iPhone 6 dummy units in the wild. After scouting our display, we took the bezel from an iPhone 6 dummy and modified it to show a clear 4.7-inch space that allowed the Moto X’s display to shine through. Check out the video below for a closer look.

The simulation is running on the Moto X’s display next to an iPhone 5s for size comparison. If Apple decides to use 960 x 1704 as a resolution and upscale that majority of iOS, this is probably close to what we’ll see. Regardless of how scientifically accurate this “iPhone 6 simulator” is, it provides a closer look at exactly how iOS could be represented when enlarged on a 4.7-inch display.