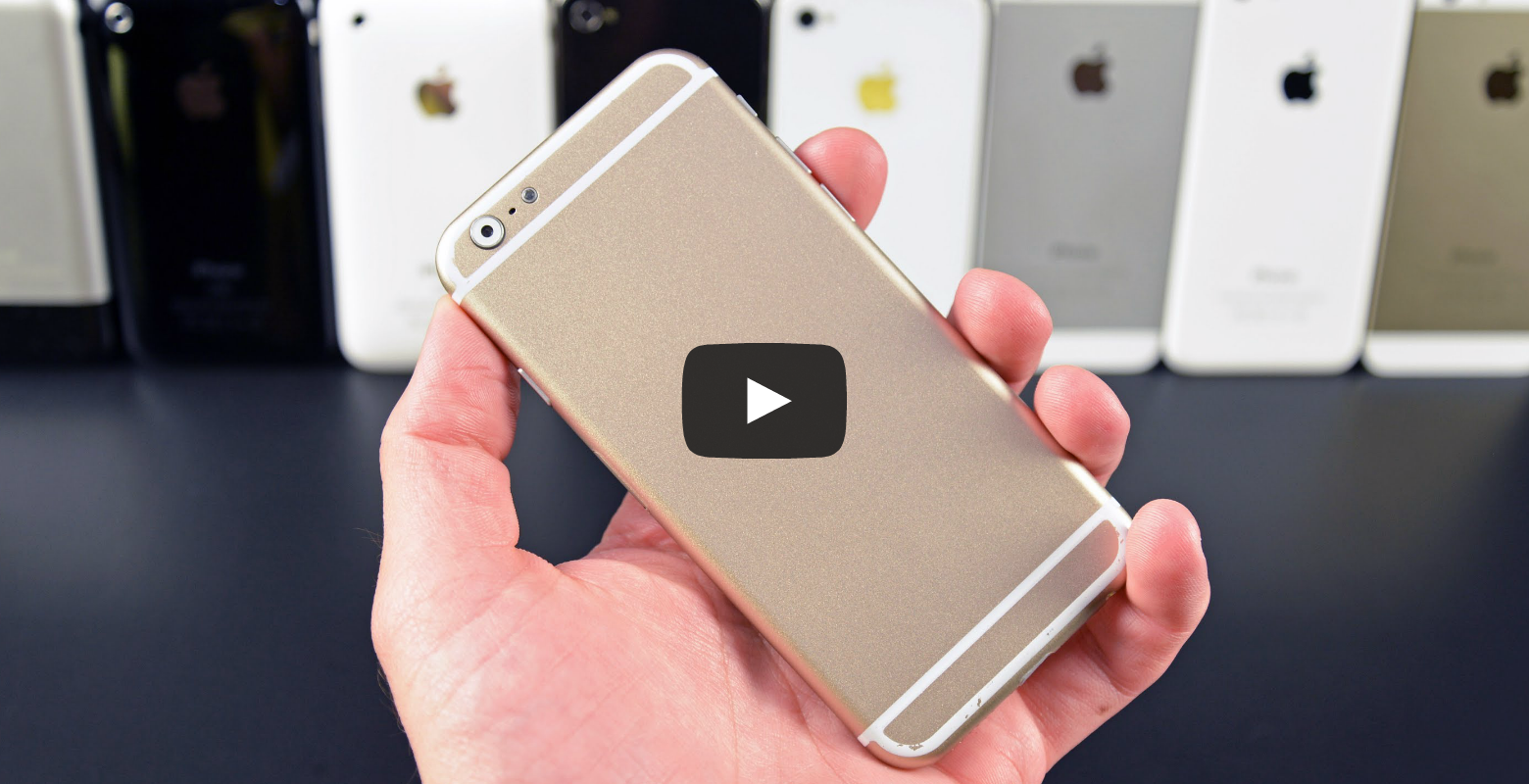 Just when we thought the iPhone 6 dummy ship had sailed, YouTuber DetroitBORG has put together a new video comparing the mockup to all previous generation iPhone models. The mockup appears to be similar to the ones we’ve obtained and shown in previous photos and videos. It’s very interesting to see the entire iPhone family compared to the dummy though…

Keep in mind, these mockup designs are based on rumors, speculation, and sketchy schematics and won’t necessarily reflect Apple’s actual release. Apple is known to work on multiple prototypes of new products, so it’s even possible that we’ll see something completely different later this year, but at the moment this is all we have. The video also lightly compares the mockup’s design to other flagship Android devices like the Sony Xperia Z2, Samsung Galaxy S5, and HTC One M8.

Obviously, the iPhone has grown over the years increasing in height and becoming thinner, but several other changes have taken place to form the device we know today. According to the rumor mill, the iPhone 6 will feature a slim design that’s similar to the fifth generation iPod touch with a repositioned sleep/wake button and a larger display.

Apple may be testing a sharper 4.7-inch display with a resolution of 960 x 1704 and could be working on different ways to optimize specific iOS apps like Safari to take advantage of the extra resolution. Along with that, it’s been rumored that Apple is also working on a 5.5-inch variation of the iPhone 6 with the same resolution.

At the end of the day, we’ll have to wait until Apple officially unveils the iPhone 6. It’s expected to be released later this year along with several other products. I’m sure this won’t be the last iPhone 6 rumor/leak, as with previous models they will probably keep rolling in until it has been launched. For a closer look at the comparison check out the video or this extensive gallery recently posted by Sonny Dickson.