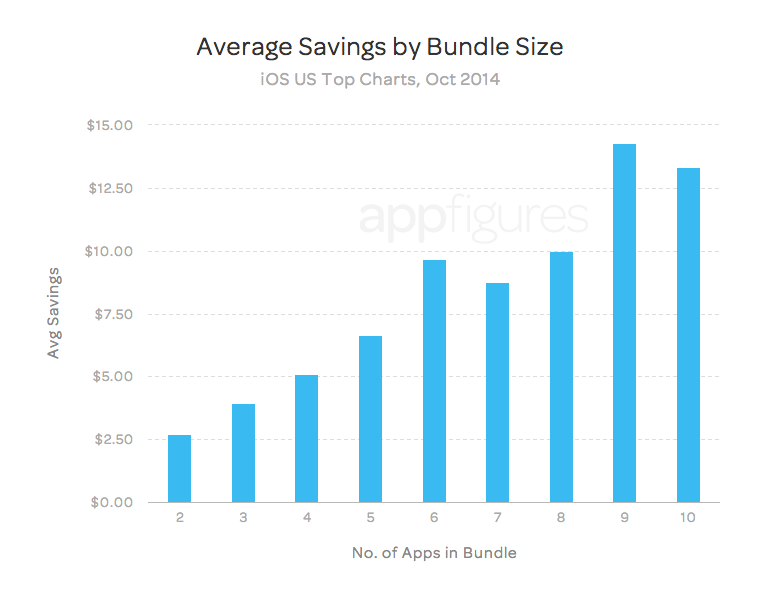 AppFigures has released some new statistics about developer adoption of app bundles in the iOS App Store. Bundles were introduced in iOS 8 as a way for shoppers to buy multiple apps at a discounted price. According to the numbers, which were compiled by looking at the most popular ranked or featured bundles, most of the bundles have an average of 3-4 apps and can save users about $5.64.

Eighty percent of bundles in the store reportedly contain five or fewer applications, while about half of all bundles contain just two or three apps. Apple allows up to ten apps per bundle.

Of the 4,448 bundles currently available on the App Store, the most popular ones come from the games, education, and fitness categories. Two developers tie for the highest number of bundles to be ranked on the charts or featured on the App Store’s home page with nine bundles each.

About 67% of developers who have a bundle on the store only have one, while 16% of two, 10% have three, and only 7% have four bundles for sale. About one-fifth of the bundles launched since iOS 8 debuted have already been pulled from the store, though that is more likely to indicate experimentation with the feature rather than commercial failure.

You can find even more numbers and analysis on the AppFigures blog.