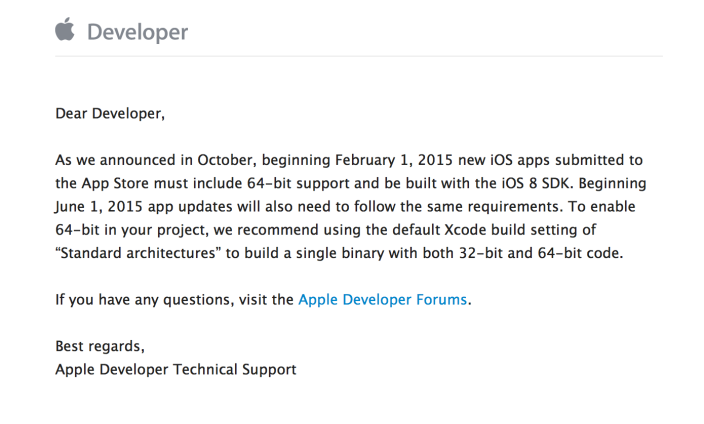 Updates to existing apps must be made 64-bit compatible by June 1, 2015. After that date, any submissions of only 32-bit apps will be rejected by App Review. The process for updating apps to support 64-bit architectures is not trivial, but it is not particularly difficult either. Therefore, these rules shouldn’t be seen as punitive — Apple is just nudging the developer community forward.