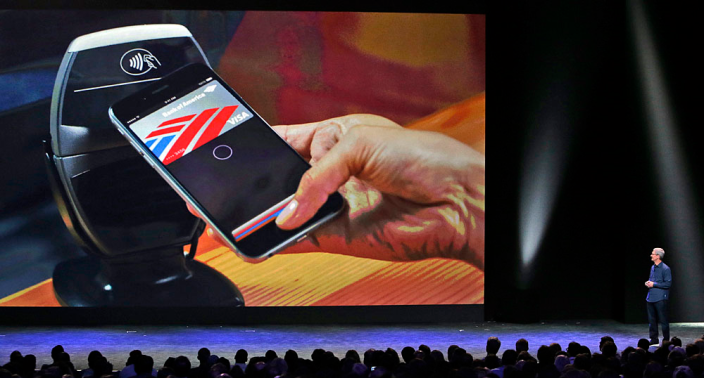 Bank of America, which partnered with Apple to rollout Apple Pay at launch last October, has announced new customer data on adoption of the iPhone-based mobile payment service. The bank’s most recent quarterly earnings reveal that nearly 800,000 of its customers have begun using Apple Pay with a total of about 1.1 million debit and credit cards activated.

In addition to the latest customer data from Bank of America, support for paying with Apple Pay is popping up in another grocery store chain…

Shoppers in Northern California and Nevada now have the option to check out with Apple Pay at Lucky, Save Mart and FoodMaxx stores, Save Mart Supermarkets announced today.

“Expect new things in our stores this year—the first of which is Apple Pay. We are working diligently to transform the shopping experience for our customers and this cutting-edge technology will help to speed them through checkout,” explained Nicole Piccinini Pesco, Co-President & Chief Strategy and Branding Officer. “Accepting Apple Pay provides shoppers a secure and private way to pay for their groceries and we’ve added support for this new mobile payment method solely for their benefit and convenience.”

Save Mart Supermarkets noted that shoppers at all three of its stores can start paying with Apple Pay as soon as today with 217 locations available.

Paying in stores with Apple Pay, of course, is supported on the iPhone 6 and iPhone 6 Plus, while the Apple Watch will enable iPhone 5, iPhone 5c, and iPhone 5s users to pay with the service upon the watch’s launch expected in March.

Apple Pay does require that your bank support the service, and you can find the full list of banks with support rolled out so far here. If you’re bank is not yet on that list, we have a larger list of banks planning to support Apple Pay here. Also check out our running list of stores and venues supporting Apple Pay at checkout (as well as apps which support iPad Air 2 and iPad mini 3 Apple Pay).

Apple Pay is currently limited to customers in the United States, although earlier this month we reported that Apple is planning to roll out support in Canada starting as soon as March. In total, Apple says it currently supports 90% of US credit cards by transaction volume.