In practice, Apple Pay is a real delight to use as a payment method as it feels a bit like you’re skipping the payment process altogether; I imagine moving from cash and checks to debit and credit cards years ago felt similar. There’s still a social oddity about paying with your phone in many parts of the United States in 2015, though, which I’m not sure happened with the transition to using cards.

This sort of social awareness experience doesn’t stretch overseas in parts of Europe and Asia where mobile-based payments have existed for years, and using Apple Pay in San Francisco or New York City probably only felt novel for a few days before becoming completely normal.

Paying for a cab by tapping my iPhone on a terminal from the backseat in NYC last year felt more futuristic than summoning an Uber from an app and paying with my thumbprint, almost like the cab was more tech-savvy than me.

In other parts of the country, though, the short-but-growing list of Apple Pay merchants and the feature being limited to one model of iPhone sometimes makes paying with your iPhone an awkward experience.

My best case scenario happened over the weekend when I picked up chocolates and an orchid from a local Winn-Dixie with self-checkout; almost like using Apple Pay in a social vacuum.

My worst case scenario followed the next day at Walgreens: terminal is picky at picking up the iPhone, still requests PIN input with my debit card, asks for an optional donation to an organization, presents cash back options, asks to confirm total. Four or so screens to get through all while a line builds up behind me. Had I paid by swiping my card I wouldn’t have noticed, but it crossed my mind that the process started by me waving my phone at the terminal.

What’s worse is the whole CurrentC episode that played out late last year causing problems even in big cities. Apple Pay worked at some non-official partners as expected, but later some of those merchants disabled support breaking expectations for shoppers.

Generally, Apple Pay is accepted at merchants with the standard contactless payment symbol displayed. Some merchants like Walgreens and Whole Foods go even further displaying the official Apple Pay logo to advertise support for paying with your iPhone.

Other merchants like CVS Pharmacy and Best Buy have terminals that display the contactless payment logo but manually disable support to block Apple Pay and other mobile payment solutions in favor of the upcoming CurrentC service.

Unless you follow technology news closely and know the backstory with Mobile Customer Exchange, you may attempt to use Apple Pay at one of these locations without success and be turned off by the experience. Hopefully this issue is resolved in the future.

In both instances the iPhone 6 knew something with Apple Pay was happening as it activated Passbook and displayed a message saying “Hold Near Reader to Pay”, but hiccups somewhere along the way (not distance!) couldn’t close the deal.

This is really where the way it feels to use Apple Pay comes in.

Swiping a card is largely the norm; paying with cash is acceptable; paying with a check is inconvenient, last decade, and increasingly not accepted by merchants, but not completely foreign. Paying with other methods are different. Despite contactless payments and mobile payment services existing years ahead of Apple Pay, the whole concept hasn’t become the new norm yet in the United States.

Apple also hasn’t actively marketed Apple Pay with the iPhone 6 using TV ad spots like it has other features like the Health app on iOS 8, sending voice messages, and using the camera. Not found in Apple’s recent TV spots for the iPhone: anything about Apple Pay.

Both banks and credit card companies that have partnered with Apple have aggressively advertised support for Apple Pay showing people what it is and how to use it.

I think pushing the message in the living room leads to a better experience out in the real world. MasterCard’s ad campaign with Gwen Stefani is a great example of making a cool-but-techy concept and making it look normal.

Perhaps Apple has opted out of advertising Apple Pay for now as not every iPhone user can use the service yet instead relying on specific banks to spread the message instead. Apple Pay, however, does support 90% of US credit cards by transaction volume and more specifically over 60 banks and credit unions across the country. Nevertheless, wider distribution won’t hurt; obviously we’ll see more people using Apple Pay as it becomes more widely available.

There’s certainly no shortage of Apple Pay compatible iPhones out in the wild with over 74 million iPhones (a mix of old and new models) sold around the world last quarter. 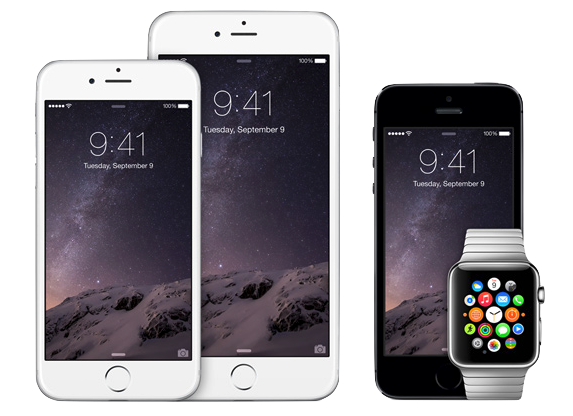 Once the Apple Watch hits the market in April, even more people will be able to use Apple Pay as pairing the Watch with the older iPhone 5, iPhone 5c, and iPhone 5s models lets you use the mobile payment service in stores, according to Apple.

As ready for the Apple Watch as I am, though, I imagine paying with Apple Pay and the Apple Watch will have the social side effects of feeling like an early technology adopter even at official partner merchants like Walgreens and Whole Foods.

This is not to say that Apple Pay isn’t a winner, but that whole experience is more nuanced than that. In general, I use Apple Pay at least once a week around town. I’d love to use it everywhere for the security benefits alone, and I’m confident we’ll see more merchants accept the payment type over time.

My current Apple Pay use is at the same few locations each time, and I’m reluctant to try Apple Pay again at places where it hasn’t worked in the past. There are even a few mom-and-pop shops that recently added terminals with the contactless payment logo, but I’m about as comfortable asking if they accept checks as I am trying to hover my iPhone over that reader at those places.  Explaining the abstract concept of mobile payments to a cashier after a failed attempt isn’t a great experience, and trying again time and again inconveniences both the cashier and the person checking out.

Even without a marketing campaign in people’s living rooms led by Apple, mobile payment services like Apple Pay will become more common in the US—even helping services like Google Wallet—but I would love to see a bigger push from Apple to make Apple Pay feel as normal as swiping a credit card.