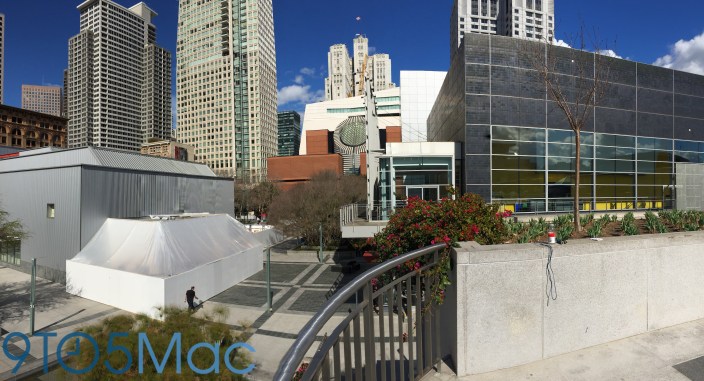 The Apple event on March 9th is Apple’s opportunity to explain more in-depth about the Apple Watch features and model offerings. Recently, Tim Cook has teased that the product will not only be able to replace car fobs, but also is somewhat water-resistant — as the CEO uses his own Watch ‘in the shower‘. Firm details on pricing and availability are also expected to be announced. There is also a chance that the company will talk about other software and hardware as well.

Apple has already announced it will be live streaming the event. Find full coverage of all the announcements on 9to5Mac.

Update: Another picture of the construction has been uploaded to Instagram: