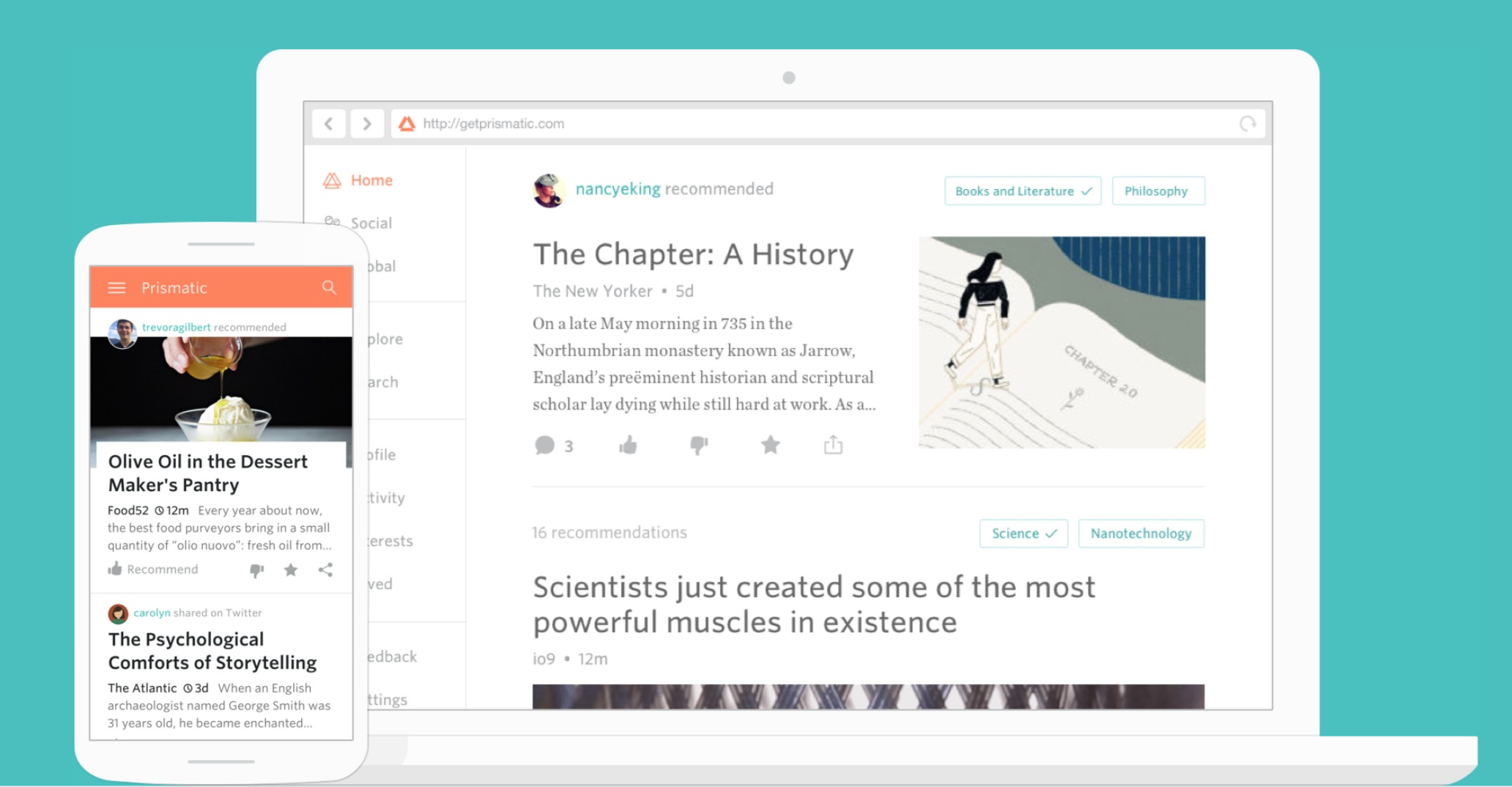 Since Satya Nadella took the reins from Steve Ballmer just over a year ago, Microsoft has been on an aggressive acquisition spree of cross platform apps and services. Most recently, the company bought the iOS email app Acompli then relaunched it as Outlook for iOS. Microsoft also bought Sunrise, the popular calendar software with an iOS app.

Aside from Microsoft and Apple, other interested buyers include or included Facebook, Google, and Yahoo (anyone missing?). Competing with Apple’s TestFlight acquisition last year, Microsoft even bought the beta distribution service Hockeyapp at the end of last year.

Adding to its list of recent mobile app acquisitions, TechCrunch reports that Microsoft is now eyeing Prismatic, a social recommendation network with apps for both iOS and Android. Prismatic describes itself as a personalized and social news reader.

TC notes that one of Prismatic’s co-founders Aria Haghighi, who is a natural language processing specialist, currently works at Apple; Haghighi previously worked for Microsoft Research as well as Google.

The report says it’s unclear if the mobile startup has officially been bought yet, however, adding that Apple has actually shown interest in buying the company.

Don’t expect an “Apple buys smaller technology companies from time to time” line from Apple this time, however, as one source tells TC that Microsoft has already dropped $30 million to close the deal.