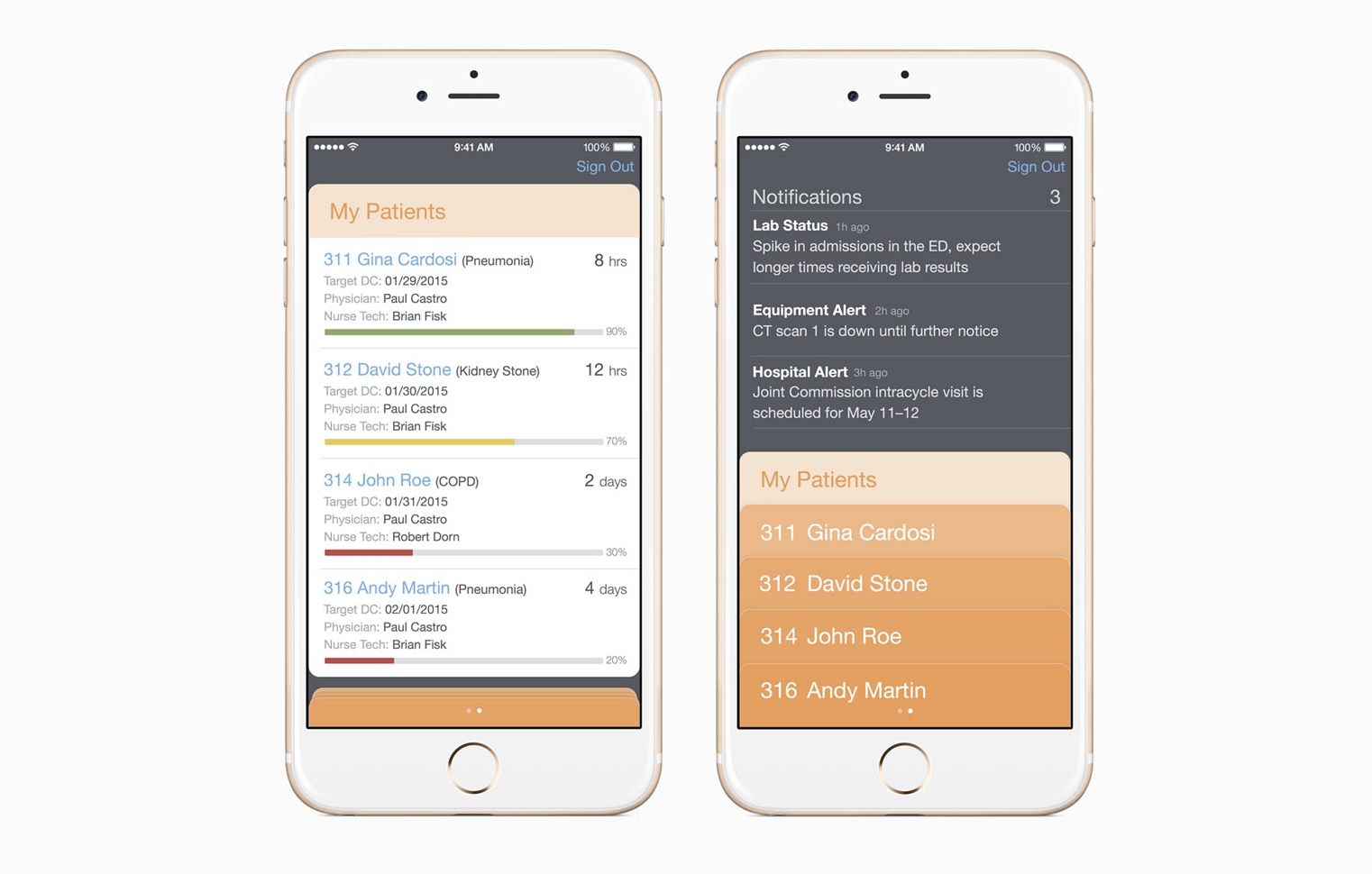 Apple first announced the partnership with IBM last July as an effort for Apple to sell more iPhones and iPads to enterprise customers by creating apps for specific industries using IBM’s big data and analytics expertise.

Healthcare is a new industry for the IBM MobileFirst for iOS program and includes a total of four apps. 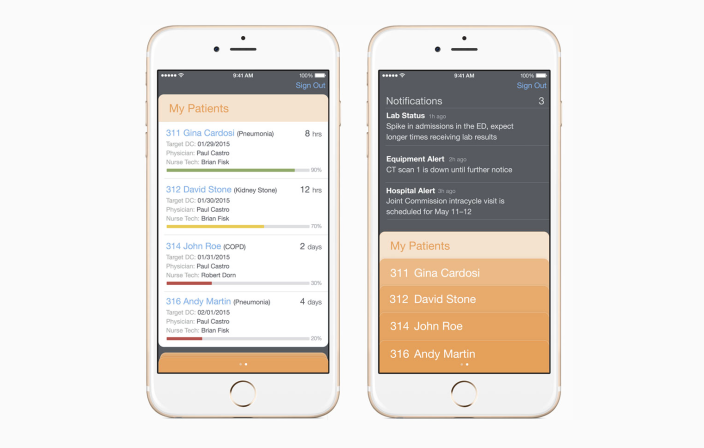 The Hospital RN app for iPhone frees staff nurses from multiple pagers and phones, and gives them the ability to access any patient’s records from anywhere in the hospital. With iBeacon technology, Hospital RN accurately identifies patients by location so nurses can easily access their records and provide appropriate care. 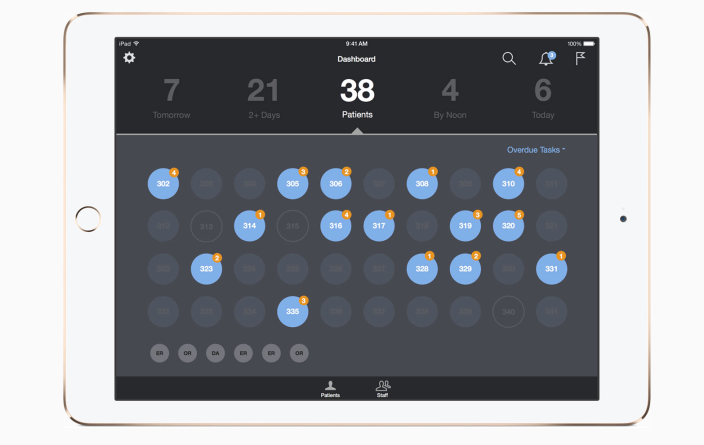 The Hospital Lead app for iPad has all the information charge nurses need right at their fingertips. Push notifications deliver escalated tasks efficiently, so they can be assigned to a staff member with a tap. Prioritized task lists allow issues to be reported, delayed, delegated, or marked complete. 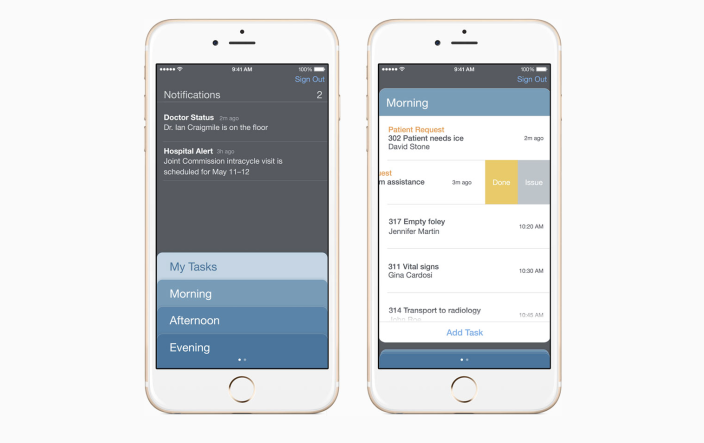 The Hospital Tech app for iPhone keeps nurse technicians closely connected to their care teams, so patient tasks are handled quickly and safely — and help is always a swipe away. 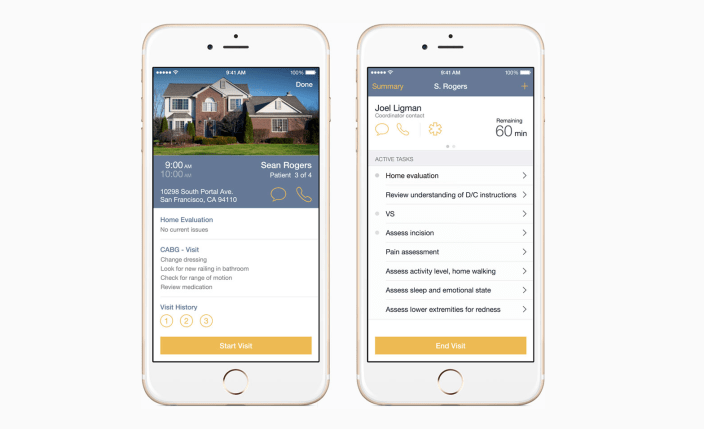 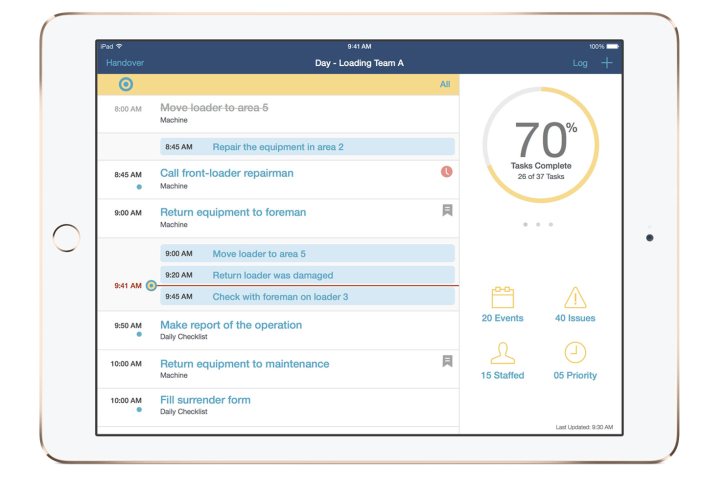 The Rapid Handover app for iPad makes it easy and intuitive for an industrial-products foreperson to document and share information with incoming shift members. Critical data including production goals, equipment maintenance, and crew lists are available at a glance in the moment of engagement. The photo and dictation capabilities on iPad capture issues like broken equipment and safety hazards.

The travel and transportation industry gains one new app with an Apple Pay connection. 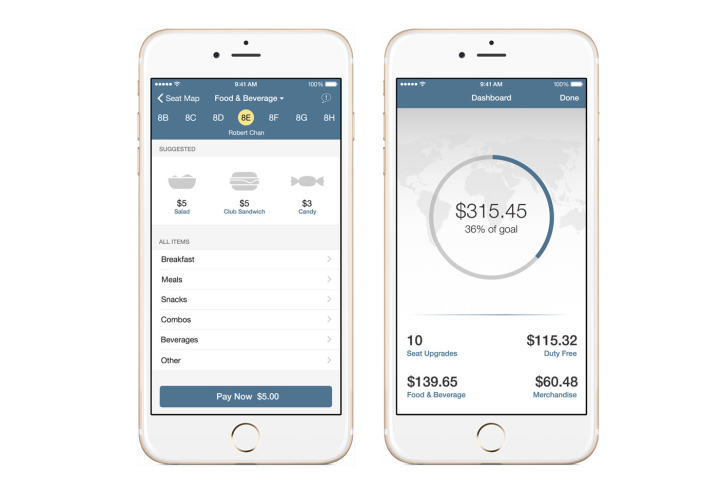 With the Ancillary Sale app for iPhone, flight attendants now have the power to take in‑flight service to a whole new level. Flight attendants can sell seat upgrades, food and beverages, and duty-free merchandise — all while in the air. And passengers can conveniently complete the transaction with Apple Pay or the swipe of a credit card via in-flight point-of-sale systems. 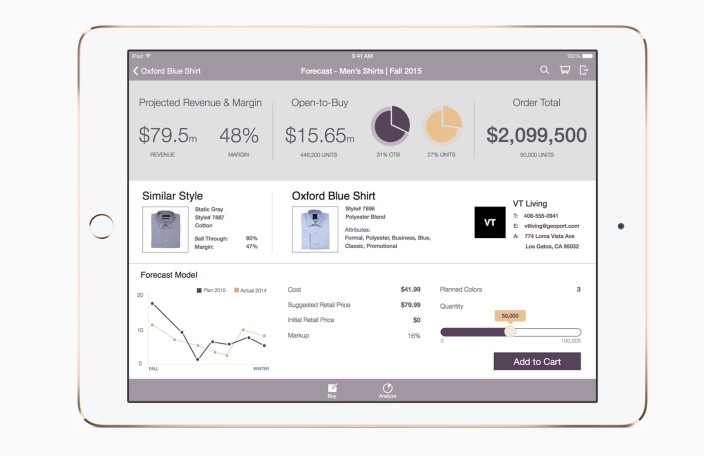 With the Order Commit app on iPad, planning for the perfect product assortment just got easier. Merchants can access important metrics on financial targets and sell-through while in the office or on market trips.

Last of the new enterprise apps, the insurance industry includes a new app for iPad. 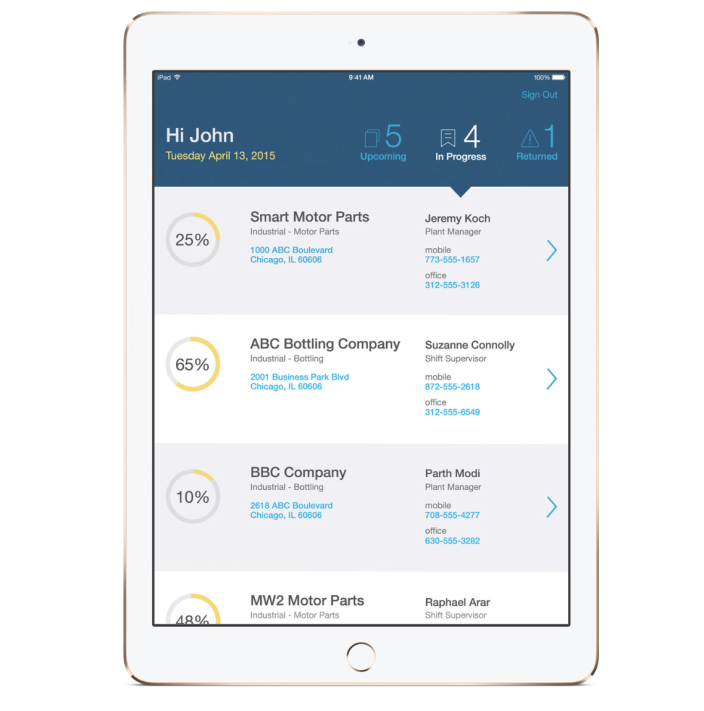 Risk Inspect makes insurance inspections more accurate and reduces the need for costly repeat inspections. With the camera on iPad, inspectors can capture photo and video of any site while on the job.

The unveiling of the latest IBM MobileFirst for iOS apps fulfills Tim Cook’s promise in January of adding 14 apps and three industries through the partnership this quarter.