Wikipedia today has announced a major update to its app on iOS. The update adds a handful of new features to both the iPhone and iPad Wikipedia apps. First off, the update makes a few design tweaks to the appearance of articles. At the top of every article now is a large header image. Previously in Wikipedia on iOS, header images would appear smaller and below the first paragraph of text.

The biographical section of articles is hidden with the latest version of Wikipedia on iOS. To access it, simply click the new “quick facts” button to bring up information such as date of death, occupation, and years active. At the end of articles, sections such as filmographies and discographies are also now hidden behind the same “quick facts” button. At the bottom of all articles is now a section that encourages users to read more about the specific topic they are viewing. Finally, the image viewer has also been enhanced and now allows users to view all of the images in an article by swiping left and right.

Further, Wikipedia says that the search functionality has been improved to include a list of recent searches. The search bar itself has also been slightly redesigned.

Perhaps most notably, the latest version of Wikipedia for iOS adds the ability to share a piece of text from an article as an image via email, text, or social media. This feature is accessible by highlighting a portion of an article and then choosing the “share as image” option. There is also the ability to share that information in text-only format.

The update is available now on the App Store and Wikipedia says all of the these features should rollout to users by the end of the day. 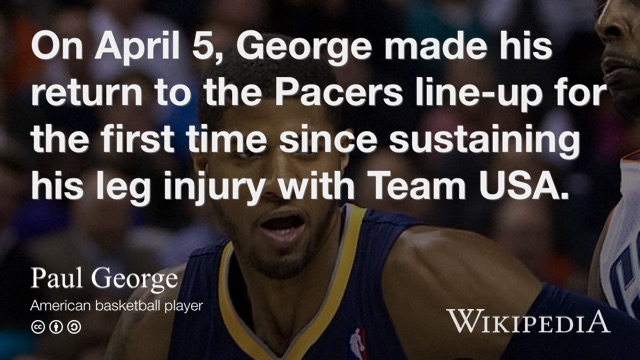