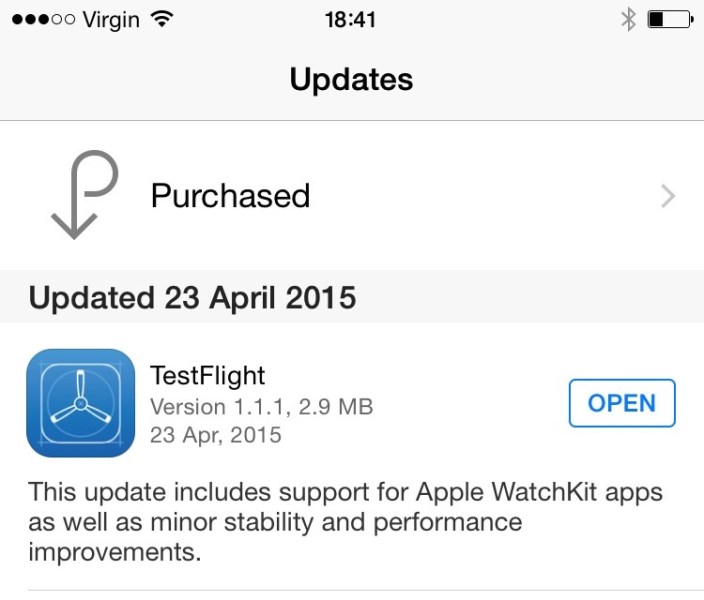 Update: Developers are still waiting for Apple to update the backend distribution infrastructure, before they can utilize the update to the TestFlight client app.

Apple has updated its TestFlight app to support Apple WatchKit apps embedded inside beta iOS apps. This has been a significant frustration for developers in the run up to the Apple Watch’s release, as it made testing apps for the new platform difficult.

Developers should now be able to deploy beta versions of their iOS apps without removing the Watch extensions.

Previously to this, developing iOS apps with TestFlight beta supporting was convoluted as developers would have to specifically exclude the WatchKit binaries for the iTunes Store to accept the uploads. This pain point has now been resolved and just in time too.

The update comes alongside the rollout of the Apple Watch App Store inside the companion app on the iPhone, with Apple claiming over 3000 Watch apps available at launch. You can also read the Apple Watch User Guide right now. After months of waiting, the Watch will be in customers’ hands from tomorrow.