1.7M US Apple Watch orders to date, 22% of them shipped – Slice Intelligence 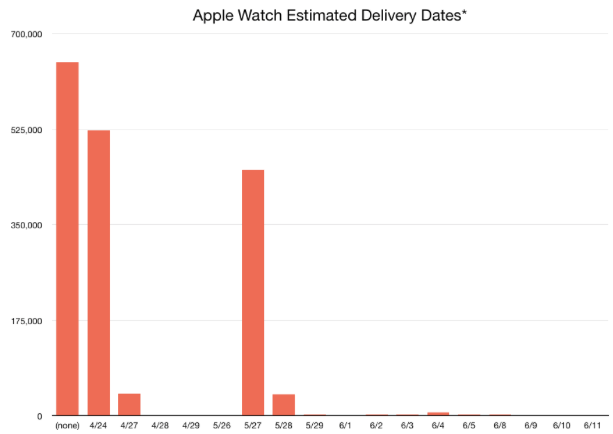 Slice Intelligence, which earlier estimated first-day US Apple Watch pre-orders at just under a million, said that the number has now reached 1.7M, and that 376,000 of them have shipped – around 22% of pre-orders. KGI has estimated worldwide shipments of 631,000 in Q1, with Q2 shipments expected to hit 3.8M.

Slice gathers its data by scanning the email inboxes of more than two million participating online shoppers and extrapolating its numbers from there. Of those panel members who ordered an Apple Watch, 22% of them were given a shipping date of Friday to Sunday inclusive … 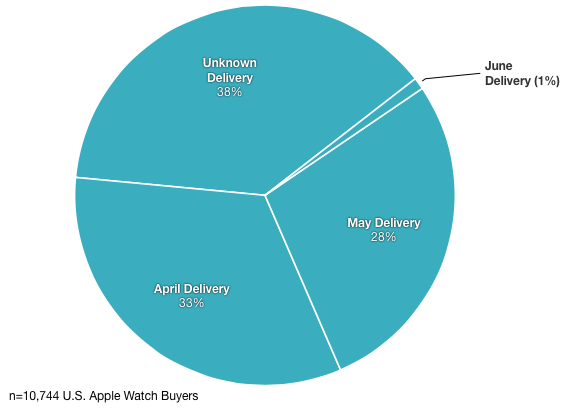 We’re hearing from a number of readers who were originally given June dates that these have now been brought forward to May. Anecdotally, it appears that the silver Sports watch with white band has greatest availability, while the gray Sports watch with black band seems to have the worst.

We should hear first weekend pre-order numbers from Apple in its quarterly earnings call later today.