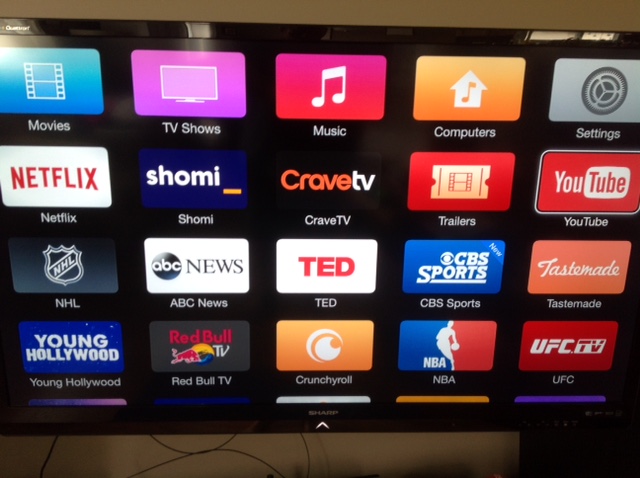 CraveTV is currently available to Bell subscribers for $4/month, while Rogers’ similar Shomi service is available for $8.99/month. Both of the services already offered iOS apps for iPhone and iPad on the App Store — Crave TV & Shomi.

While Canadian users don’t always get access to the same content at the same time as users in the US, they did gain CBS Sports today alongside the US.

Users in Germany and France are also reporting access to a new channel for TV network Arte (via .apfelpage.de):

Additionally, users in Australia are reporting the addition of FOX Sports and Hopster TV for kids has made its way to boxes in the United Kingdom.