Tim Cook: Apple Watch in stores ‘by June’, in talks for Apple Pay in China 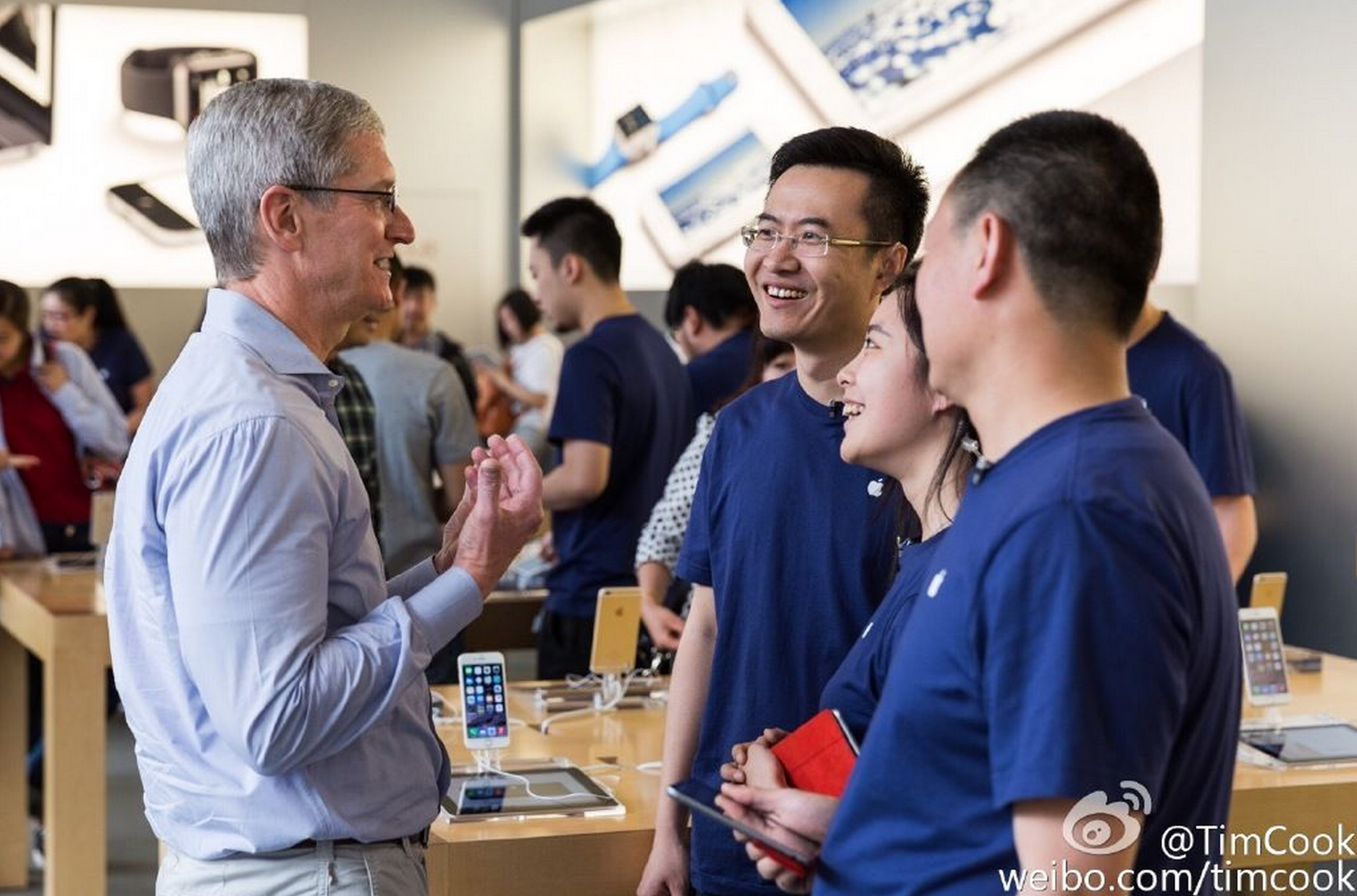 During his trip last week across China, Apple CEO Tim Cook held a meeting at Apple’s China headquarters with several employees in attendance, according to sources with knowledge of the briefing. Cook reportedly reiterated several recent China-focused announcements, including the new forest-focused environmental initiatives and improvements for education, but he also mentioned some new tidbits regarding the upcoming retail launch for the Apple Watch and the rollout of Apple Pay for China…

Regarding the Apple Watch, Cook began by telling the employees that “the Watch could not be going better, we’re working really hard on making more.” Cook joked that Apple wishes it had more operations staff and engineers to make the launch go even smoother, according to the sources. Notably, Cook promised that Apple Stores will begin carrying Apple Watch stock “by June.” This indicates that comments from Angela Ahrendts in April are still on track. For the first time, Cook also confirmed that the upcoming June in-store launch will include the company’s stores in China.

Multiple employees in attendance reportedly also asked Cook about Apple Pay’s rollout in China. Cook revealed that part of the reason for his visit to China alongside Senior Vice President of Internet Software and Services Eddy Cue was to meet with potential China Apple Pay partners. “I think we’ve made progress [on Apple Pay for China]”, Cook said. He added that “there’s different people and different banks involved,” but he is hoping that the launch will occur “soon.” Cook reportedly noted that while the partners are all new in China, the functionality and feature set of Apple Pay would match the United States’s implementation.

Cook also was asked if he believes that China will surpass the U.S. as the region that brings in the most revenue for Apple. “I do think that China will surpass the U.S., it’s just a matter of time,” Cook said. He added that “it’s very difficult to predict when exactly it will occur, but if we do our jobs right, it will occur.” Cook noted that Apple already sells most of its iPhones and iPads (as of last quarter) in China, but the larger Mac and iTunes content/services sales in the U.S. is keeping the U.S. on top of China for the time being. Perhaps the upcoming addition of Apple Pay in China will help push China over the top in the near-future.

While on his trip to China, Cook opened up a Weibo social network account, and he told employees that Steve Dowling, the recently promoted Vice President of Communications at Apple, came up with the idea. Cook noted that he won’t be on Weibo daily, but he still feels that it is important to use Twitter and Weibo as a way to make Apple announcements without a press release. He said that while Tweets are not always formal, they can still be as important as a press release. Cook previously shared photos from his trip on Weibo and held local Chinese media interviews regarding the company’s new environmental initiatives, Apple Pay, and competitor Xiaomi.