6 ways Apple Music will be better than Beats Music 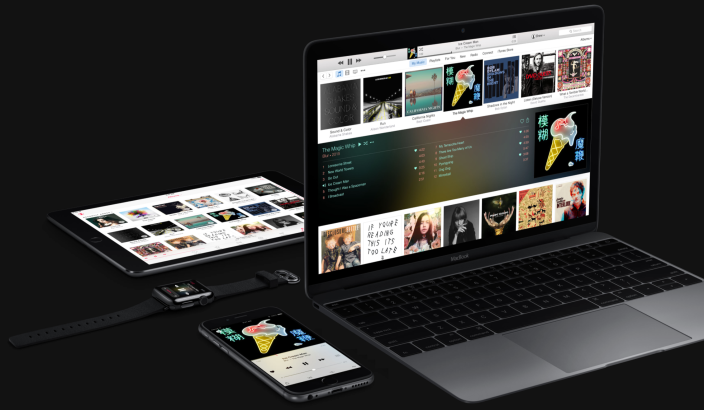 When news broke last year that Apple was in talks to acquire Beats, my initial response was concern that the subscription music service I’d only just started to love would change into something different. Then Apple actually bought Beats.

What happened next is Beats Music stopped all significant consumer-facing development completely. Apple TV gained a channel for the service as Apple started pushing the service to iOS users, but Beats Music never came to the Mac and the promised CarPlay app was never released.

When the Apple Watch debuted in April, both Beats Music and iTunes Radio were missing from the platform. That halt in Beats Music development meant that Spotify — which was already on the Mac and CarPlay — had months to grow and introduce compelling features to make it a better subscription music service.

While we won’t know how well Apple Music performs until it launches in three week, these six promised features will make it superior to Beats Music for me:

Syncing subscription music to Apple Watch for offline playback. Apple Watch can currently sync music you buy or sync from iTunes to the Music app on your iPhone for untethered playback through Bluetooth headphones or speakers, but services like Beats Music and Spotify don’t offer this feature. This will change at the end of the month when Apple Music launches, says Apple: With a membership to Apple Music, you can sync music to your Apple Watch and play it back — even when your paired iPhone is not nearby. 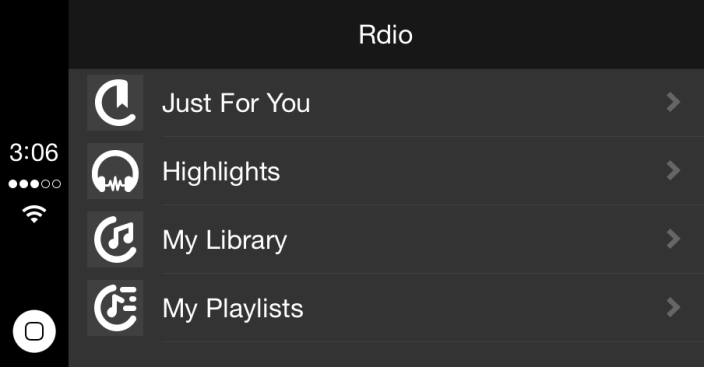 The closest Beats Music ever got to working on CarPlay was <a href="http://9to5mac.com/community/apple-carplay-beats-music/" target="_blank">this hidden menu</a>

CarPlay is ready for Apple Music. Apple introduced CarPlay and announced both Spotify and Beats Music as supported subscription music apps in March 2014. When CarPlay shipped later in the year, Spotify delivered its CarPlay app for iPhone users, but Beats Music never added support as development stopped after Apple’s purchase.

Apple Music is baked right into the iPhone’s Music app and members can save music to their music libraries. This means the CarPlay experience for Apple Music should be as good as the iPhone’s current Music app with CarPlay. This should come as great news to CarPlay users because Spotify’s CarPlay app is notoriously buggy and under developedd and Beats Music’s CarPlay app just never shipped.

The first Siri-controlled subscription music service. As we saw at WWDC yesterday, Siri is getting a whole lot smarter in iOS 9 with contextual awareness including activities based around music. Siri will also be able to control Apple Music for members, giving the voice assistant access a subscription music service for the first time. This means Apple Music members can ask Siri to add a newly released album to their libraries in a single command that’s quicker than buying an album on iTunes.

Siri can already control many parts of iTunes Radio and purchased content in the Music app, but Siri’s capability with Beats Music ends at asking it to launch the app and Spotify certainly isn’t integrated with the voice assistant. With Apple Music, Siri gets access to almost the entire iTunes Store which should be a great experience upgrade.

The family pack is back and better. During its short life before Apple bought it, Beats Music enjoyed an exclusive promotion through AT&T for group pricing targeted at families sharing access to the service. You could buy a single monthly subscription for $10 and share your log in, but simultaneous device playback was limited and you couldn’t personalize the experience as easily. If you were an AT&T subscriber, though, you could pay $15/month and every person on your account could create their own Beats Music username and use the service independently. That promotion ended shortly after Apple bought Beats Music meaning families needed to pay $10/month each for access to the subscription service while Spotify offered family plans to anyone regardless of carrier.

Apple Music brings back the $14.99/month family pack that was available with Beats Music for a short time. Apple Music relies on Apple’s Family Sharing feature introduced last year, however, so you won’t need to subscribe to a specific carrier to have access. Family Sharing can include up to six different Apple IDs so Apple Music’s family pack will carry that same limit, but $15 a month is much better than $60 for a family of six. For a couple, Apple Music’s $15/month plan will save $60/year over the current Beats Music rate for two users making Apple’s new service more competitive with Spotify.

Apple’s subscription music service finally comes to the Mac (and PC)! This one is a biggie for any frequent Beats Music listener with a Mac or PC. Listening to Beats Music on a desktop currently requires a web browser and Flash Player installed. It’s horrible at background playback, there’s no offline mode, and it doesn’t benefit from hardware controls like iTunes. The whole experience is just bad, bad, bad, and I don’t believe anyone actually uses Beats Music in the web browser on a daily basis. Meanwhile, Spotify has an okay Mac app that does exactly what you would expect from a native desktop app.

Apple Music will integrate directly with iTunes (for better or worse) on both the Mac and PC. Not everyone loves iTunes, but having the new version of Beats Music available on the Mac in a dedicated app is like giving a glass of ice water to someone in Hell all over again.

Global availability. This last one is really important. When Apple Music launches on June 30th, the subscription music service will be available “in over 100 countries” Apple says. Beats Music was available in one country: the United States. Apple’s previous approach to streaming music with iTunes Radio only ever made it outside of the United States to Australia. It appears that with Apple Music, though, Apple has secured the rights to offer availability more in line with the iTunes Store (and Spotify), which is a tremendous benefit for users in the 100+ countries that aren’t the United States. The more subscribers you have on a single platform, the easier sharing music with friends and family around the world becomes.

But not everything will be better with Apple Music over Beats Music… I’m still a big fan of the personality in the dark theme of the Beats Music app, but that’s a taste preference. Apple’s redesigned Music app borrows some familiar interactions like swiping between tabs and including photos with playlists. It’s also unclear if specific features like The Sentence will be brought over with Apple Music. Apple says “Apple Music has everything you already know and love in Beats Music,” but that’s no guarantee that there will be total feature parity with everything Beats provided.

Ultimately, the benefits that Apple Music will provide like CarPlay and Apple Watch support, a first class Mac experience, family plans, and vastly wider availability are more important than what we’ll lose with Beats Music. There’s also that three month free trial to get everyone’s attention. We’ll have to see how this really plays out on June 30th, but I’m much less concerned now than I was a year ago.