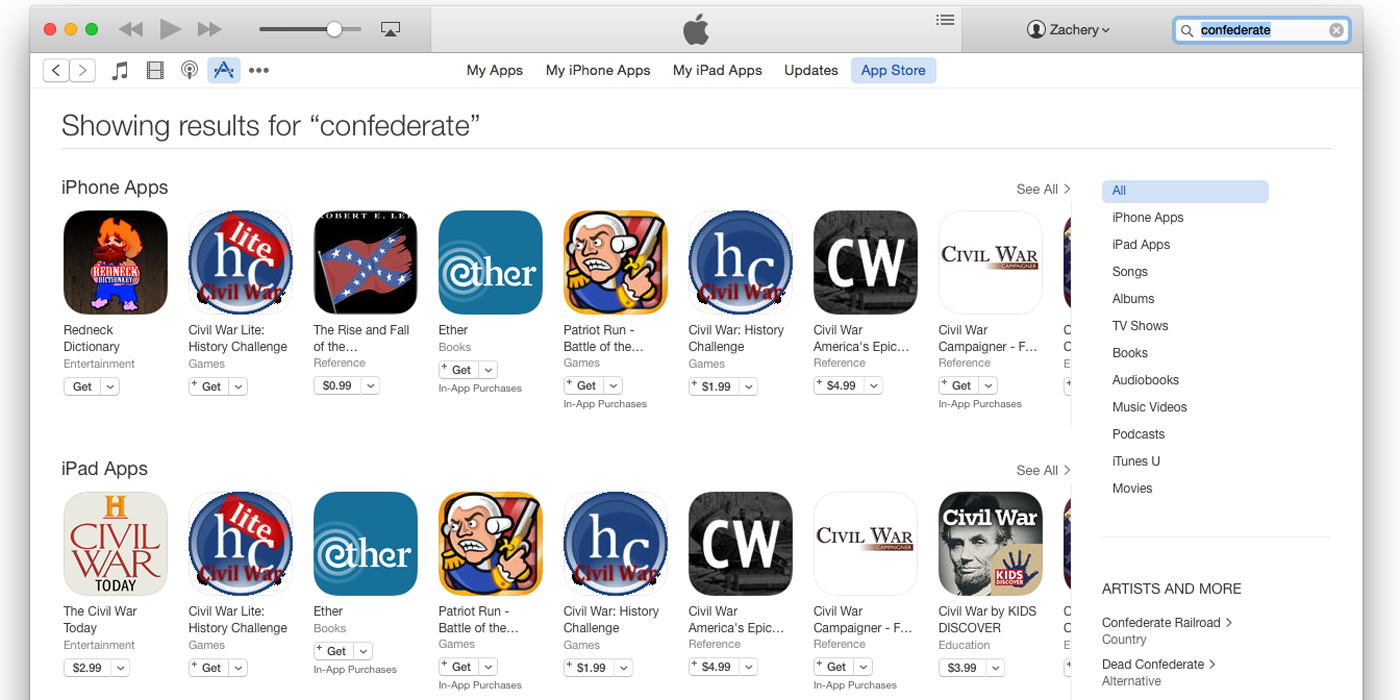 [Update: Apple has confirmed the policy with us. Statement below.]

[Update #3: TouchArcade specifies that affected games are able to change their app icons and App Store screenshots to avoid removal.]

A couple of days after Zac Hall called for Apple to join large retailers like Walmart, Target, Sears, Amazon and eBay in withdrawing from selling items featuring the Confederate flag, Apple appears to be working on doing just that.

Touch Arcade noticed that many Civil War games like Ultimate General: Gettysburg and the Hunted Cow series have all disappeared. An App Store search for ‘Confederate’ on Tuesday found plenty of games featuring the flag, while the same search today appears to show only apps dealing with the history (such as the reference work shown) above. All of the games shown in Tuesday’s search (below) have been removed from the App Store …

Apple’s app purge doesn’t appear completely comprehensive as yet – we did find a paid alternative to one of the free games removed – but that is likely an oversight rather than a deliberate exception.

Here’s the before, while the after is shown above: 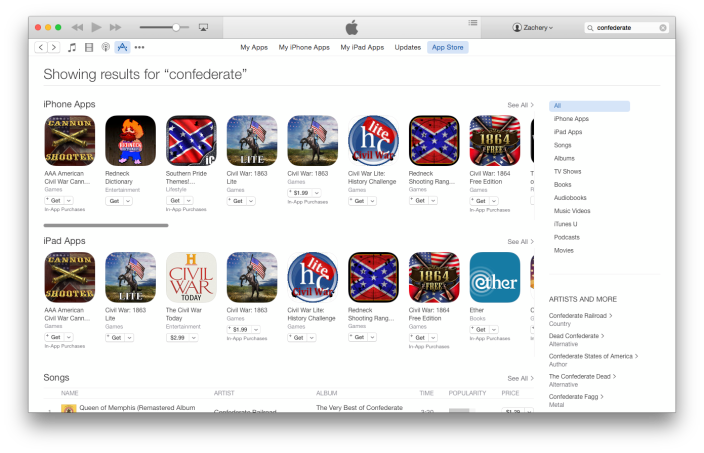 The South Carolina massacre that prompted Confederate flag boycotts is likely to be prosecuted as a federal hate crime, law enforcement officials told the NY Times. CNN reports that South Carolina yesterday voted 103-10 in favor of a debate on removing the Confederate flag from Capitol grounds. Apple has made no official comment on the removal of these games as of yet.

[Update: This is Apple’s statement: “We have removed apps from the App Store that use the Confederate flag in offensive or mean-spirited ways, which is in violation of our guidelines. We are not removing apps that display the Confederate flag for educational or historical uses.”]