Nuance, the voice recognition and productivity software company behind the iOS keyboard’s Dictation feature, today has revealed a series of updates to its applications and a new cloud-based synchronization service at the core. Nuance provided us with a demonstration last week of the new iOS and Mac apps, and we came away impressed with the accuracy, speed, and capabilities of the upgraded platform.

Let’s start by discussing Nuance’s current application for iOS. Nuance’s current Dragon Dictation application on the App Store is outdated and does not add any functionality over the integrated Dictation button across iOS textfields. However, the new app, called Dragon Anywhere, is completely new and is loaded with functionality. Separating itself from the iOS keyboard, this app takes continuous dictation with no time limit, according to our demonstration from Nuance.

With that functionality, combined with great accuracy, a user could technically write an entire paper or fill out a document using the Dragon Anywhere app. Beyond dictating text, the application works entirely by voice. For example, a user could select words or lines of text, navigate between paragraphs, or apply text formatting options all with their voice. Based on our demo, a user does not even need to click a button, they can speak completely continuously throughout their workflow.

An interesting use case for the new Dragon Anywhere application, especially on the iPad and perhaps even the larger-screened iPhone 6 Plus, is in mobile work fields. One of the new features of the app is auto-text. This is essentially pre-set document formats. Nuance provided us with an example of an insurance company distributing iPads to their agents pre-loaded with the Anywhere app and an auto-text setup of an insurance claim form. This form would become standardized across their workforce and the agents could simply fill out the form’s text fields quickly with their voice. 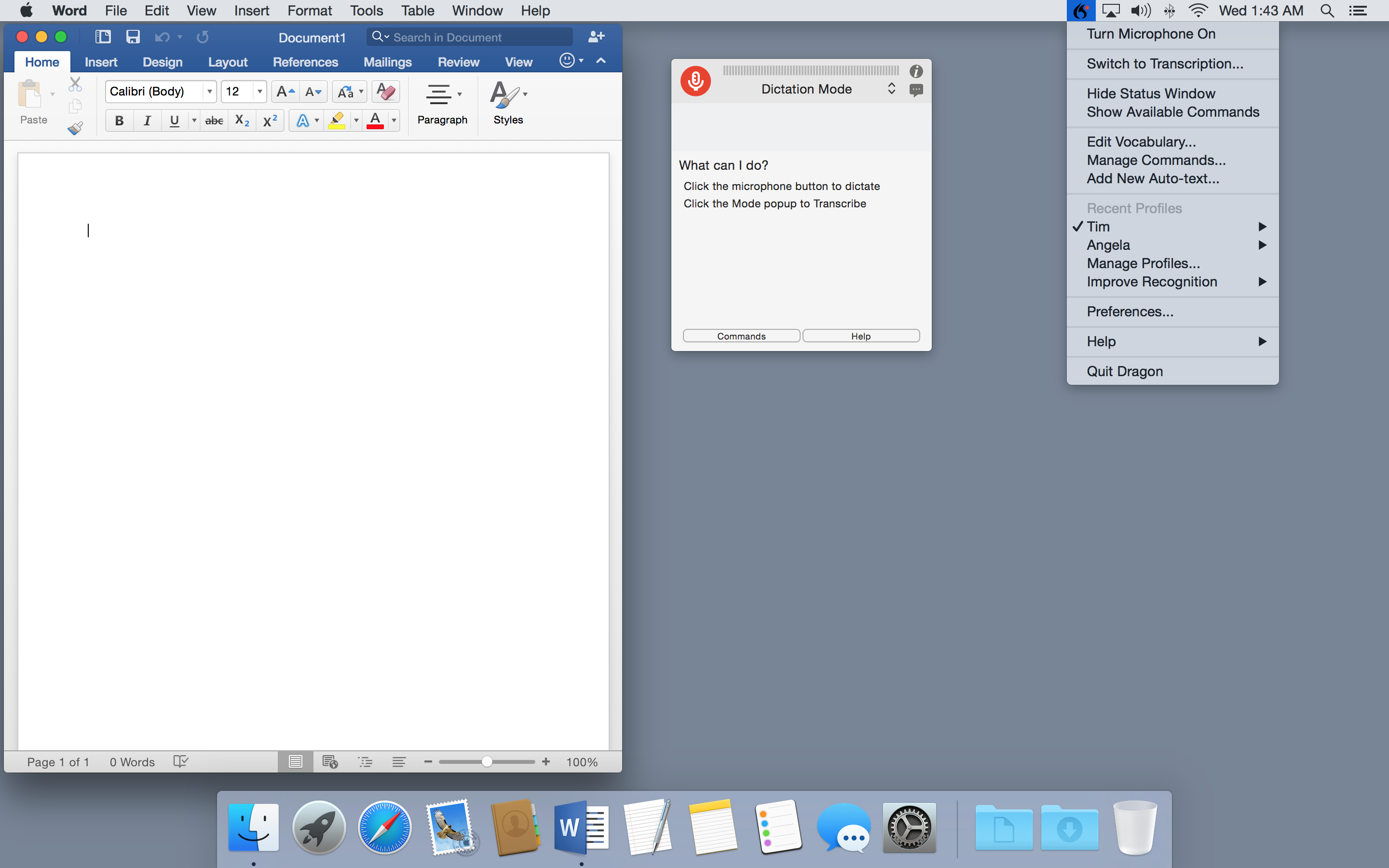 When a user completes their work, they can choose to sync it to Dropbox or Evernote in addition to Nuance’s cloud-based sync platform that is also being announced today. This service works with the upgraded Dragon app for the Mac (in addition to new Android and Windows applications). Besides adding in the new cloud service, the updated Dragon for Mac includes a refreshed, smaller interface that can sit in the corner of your Mac or just in the Mac’s menu bar. Nuance says the app has also been updated with faster speech recognition.

The Dragon Anywhere app for the iPhone, iPad, iPod touch, and Android devices will be available in the fall, while the new Mac app will become available in September. The smartphone and tablet apps will be free to download from the App Store and Google Play, but a cloud-based subscription will be required to actually use the apps. The new Mac application will cost $200 from Nuance’s website (it won’t be found in the App Store due to required “sandboxing” limitations of approved Mac App Store apps), but the price will drop down to $100 if you are upgrading from the previous version.