Alongside Apple’s announcement of the new iPhone 6s and iPhone 6s Plus, it also released a new official Lightning Dock to sit the phones in. Unlike Apple’s previous version of this dock which was made entirely of plastic, these new docks are aluminum and color-matched to the Space Grey, Silver, Gold and Rose Gold finishes of the new iPhone 6s. YouTuber DetroitBORG has a full walkthrough video of all the new docks in action …

The dock is quite simple, a metal stump with a protruding Lightning Connector, but does the job well. The bumper between the dock and the connector gives some spacing which means the dock is compatible with some cases, allowing you to charge the phone without taking it out of the case. It will even fit an iPod nano and iPads although this isn’t really recommended. DetroitBORG says the Lightning connector is sturdy but the weight of an iPad could cause damage.

On the rear of the product, the dock features a Lightning connector and a 3.5mm audio jack to connect external speakers. The Lightning USB cable is not included in the box so you’ll have to provide your own.

DetroitBORG points out a nice touch with these docks; the connector bumper is actually color-matched to the color of the connector port on the corresponding iPhone 6s. This means that the Space Grey dock has a dark grey bumper, the Silver has a lighter gray and the Gold versions are white. This attention to detail is typical of Apple and may make up your mind if you are looking for perfect color coordination. 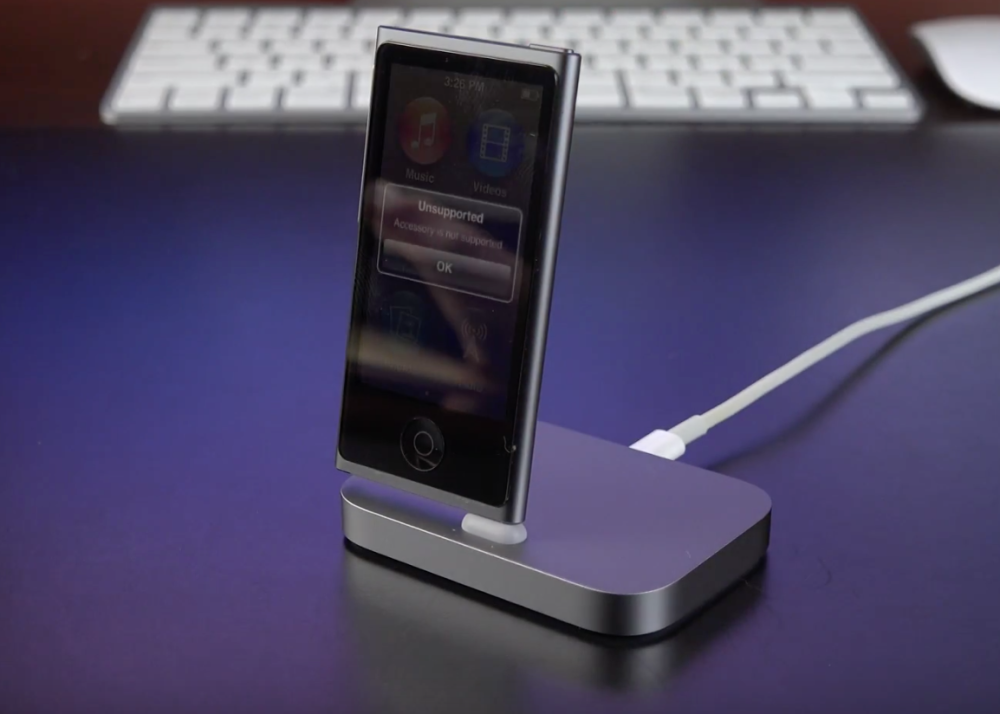 The new iPhone Lightning Dock costs $49 from Apple, a $10 premium over the previous plastic Lightning Dock. You can obviously get even cheaper docks from elsewhere but the quality of materials and attention to detail with the new Lightning Dock does seem to justify the price point.