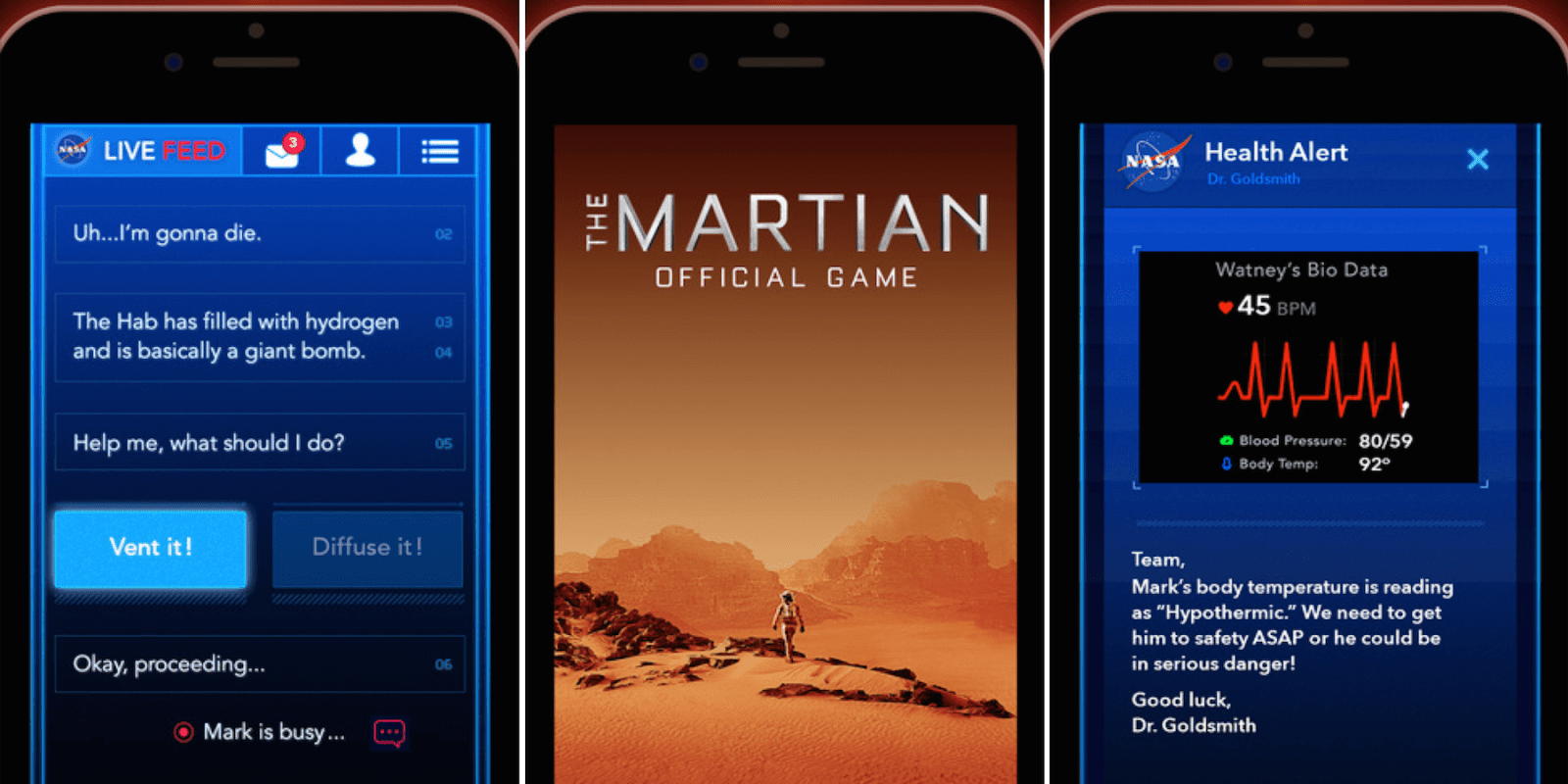 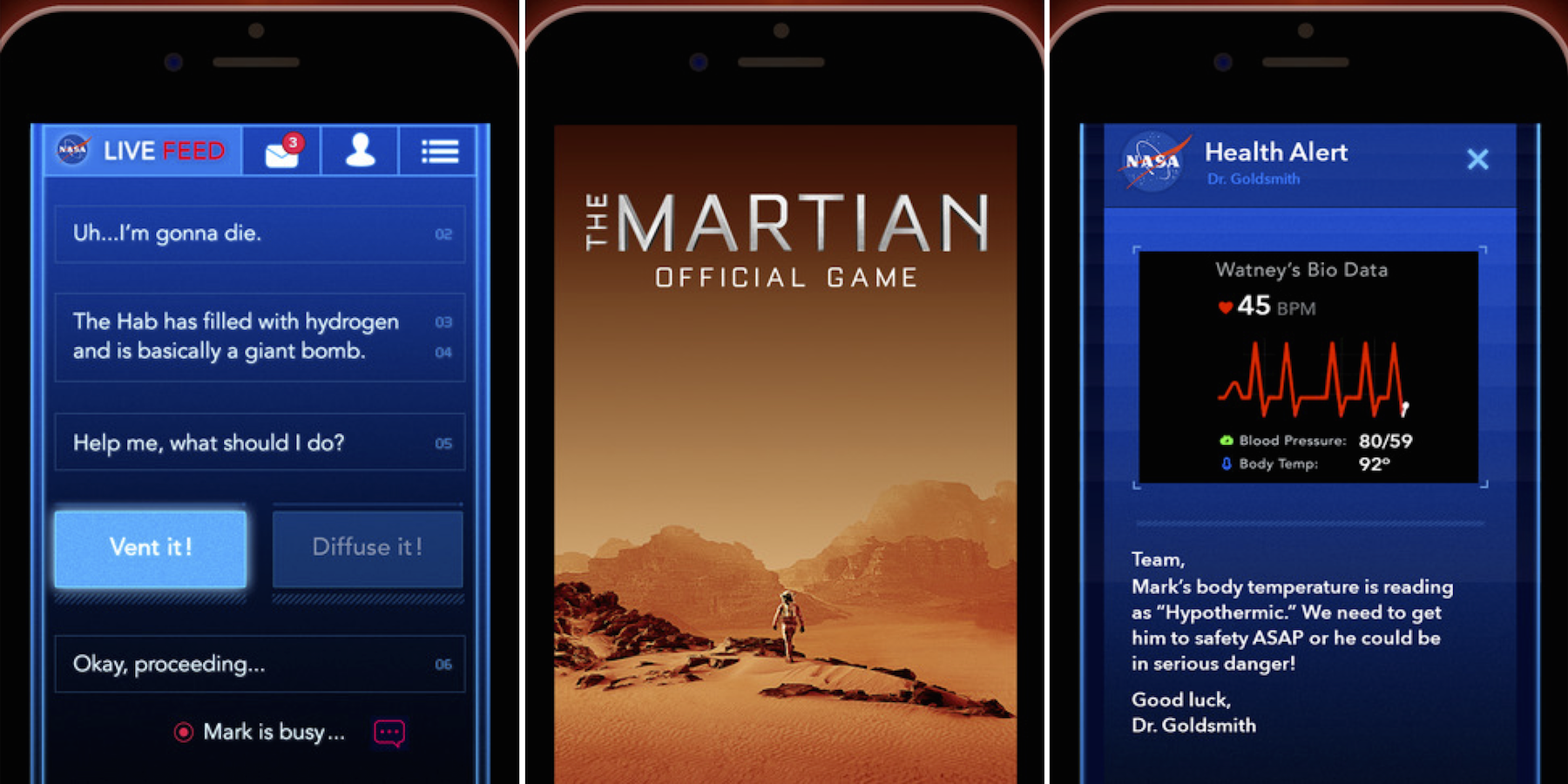 ‘The Martian’, Ridley Scott’s new sci-fi film starring Matt Damon, gets an official iOS and Apple Watch game tie-in just as the movie hits theaters in the US this weekend. The game was developed by Little Labs on license from Fox Digital Entertainment and with a little help from the author of the original book that the new film is based on.

The game mostly consists of text-based strategy gameplay, prompting players to make decisions to help Astronaut Mark Watney (played by Matt Damon in the movie) through solving problems after finding himself stranded on Mars.

The game puts Mark’s life directly in the hands of the player as they use resources on Earth to aid him in navigating the most harrowing of circumstances. Like the film and novel, the game incorporates real science to tell Mark’s story of survival on Mars and highlights iconic moments from both mediums to give players an authentic experience.

And the entire gameplay experience is available as an Apple Watch app, pictured below:

The game is available for $2.99 on the App Store as a universal download for iPhone, iPad, and Apple Watch. That includes the whole game; there isn’t any in-app purchases or downloads. The official trailer from Little Labs is below: