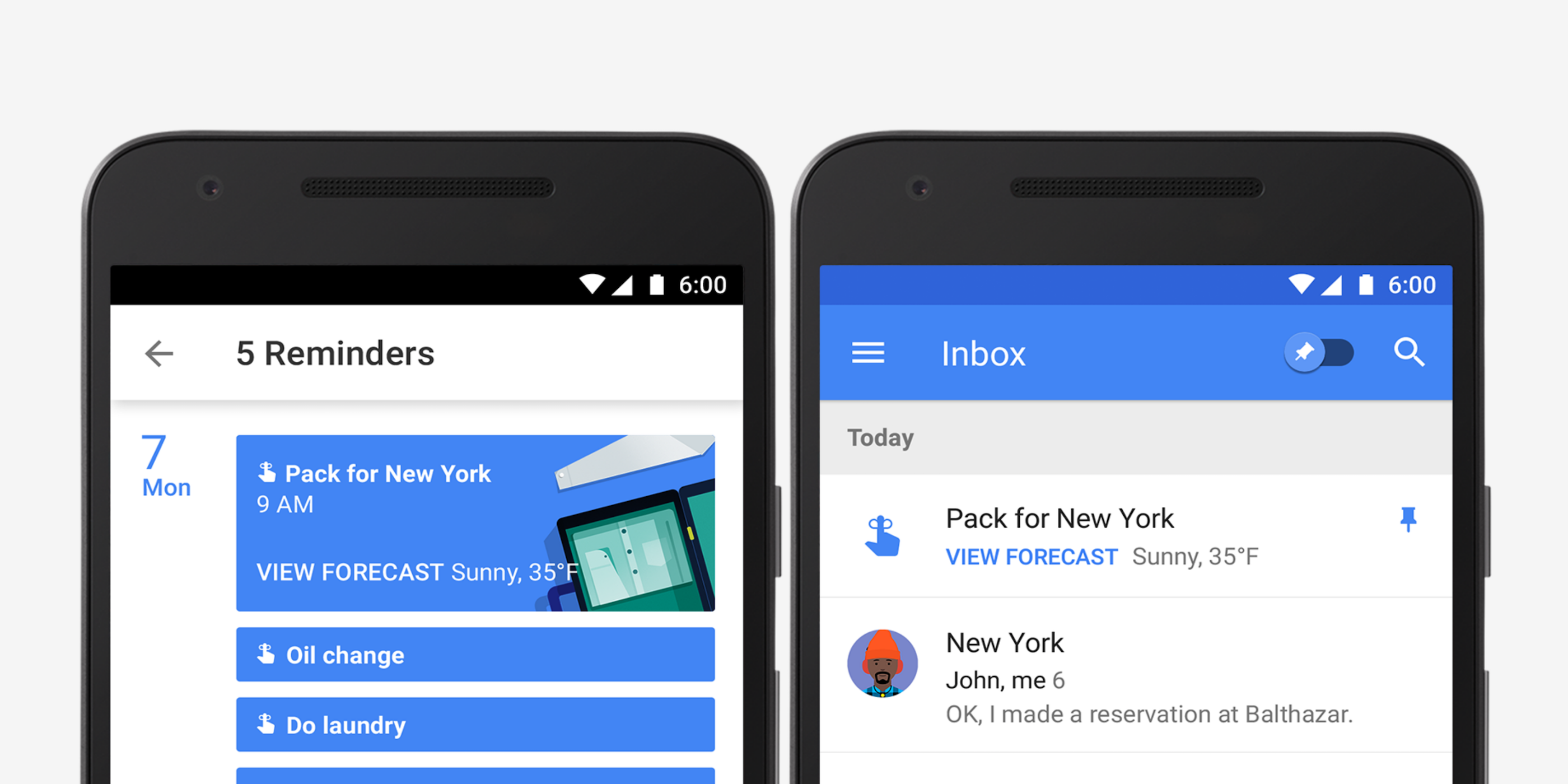 Today Google Calendar for both Android and iOS gains a handy new Reminders feature that works alongside the app’s to-dos feature.

With the Reminders feature, users will be able to keep track of to-do lists across Google platforms including Inbox, Google Keep, Google Now, and Calendar.

Here’s how the new reminders work:

You might already create calendar entries to remind you to call the doctor or pick up groceries on the way home. But while those entries come and go, Reminders stick with you over time so you can track them until they are actually done. If a Reminder isn’t completed, it will appear at the top of your Calendar the next day. And the next. When you do finally call the doctor or pick up those necessities, just swipe the Reminder away … and you’re onto the next to-do.

And since the reminders work across Google apps, you can create them from Inbox, Google Keep, Calendar, and even using Google Now voice commands: “Ok Google, remind me to buy birthday candles.”

The new Reminders feature for Calendar on Android and iOS is rolling out this week. Google says it will come to the web apps in the near future. The updated Google Calendar app for iOS also adds 3D Touch to create events or reminders.