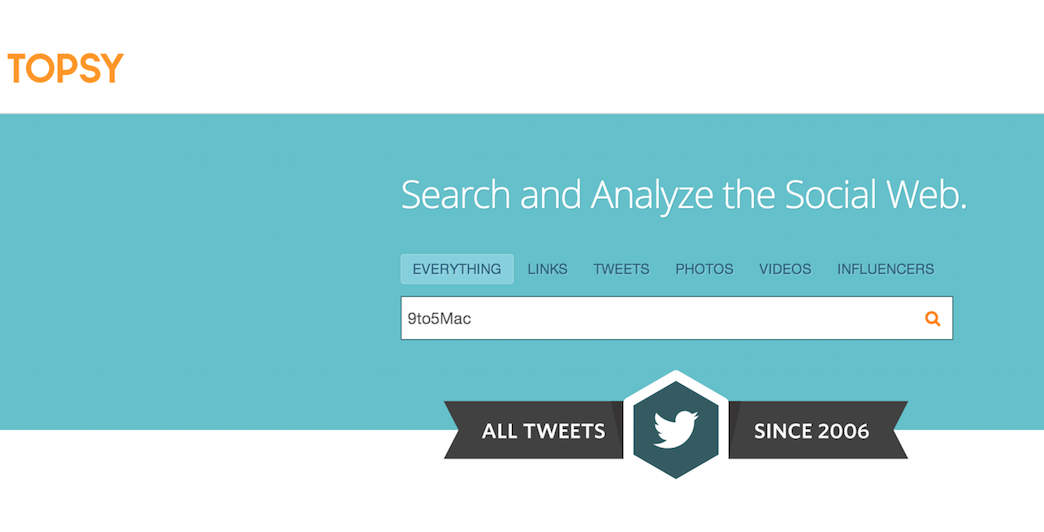 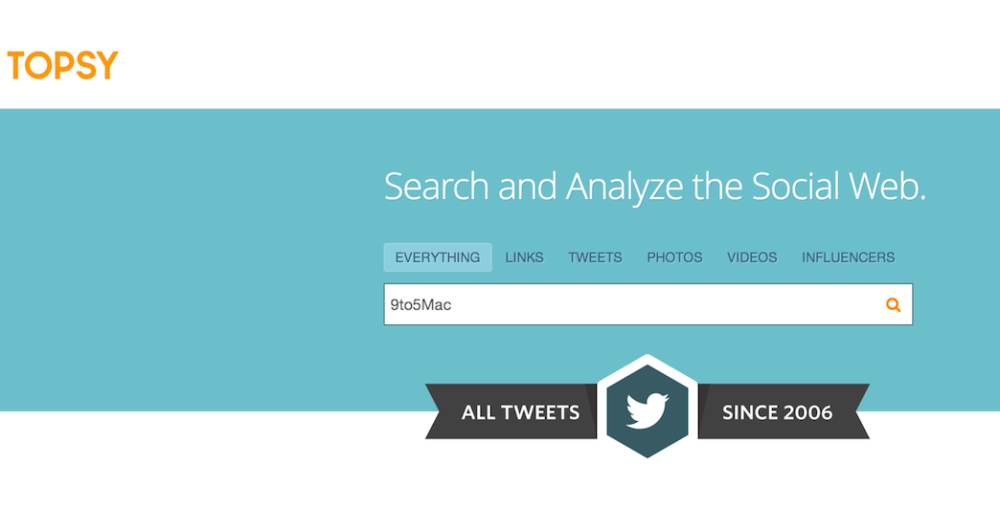 Almost two years ago to date, Apple acquired a Topsy Labs, an analytics company that made various products that searched and drew data from conversations happening on services like Twitter. Now, Apple has shut down the service according to a tweet from Topsy.

“We’ve searched our last tweet,” Topsy said in a post on Twitter this evening. Going to Topsy’s website now redirects you to an Apple support article on how to use Search on your iPhone, iPad, or iPod Touch. The company was tweeting often until November 20th, 2013, after which tweets stopped entirely until today’s final post.

Apple has yet to acknowledge what specifically it used Topsy’s technology and talent for, but there are several instances of improved and deeper search throughout iOS. For instance, iOS 9 introduced new, deeper “Proactive” search that leverages Siri, Contacts, Calendar, Passbook, and third-party apps to create deeper search functionality throughout the operating system.

Apple acquired Topsy Labs in December of 2013 for upwards of $225 million. When the acquisition was originally revealed, many speculated that Apple would use Topsy’s data from social media and integrate it into services like iTunes Radio, so it’s more than likely that some of Topsy’s technology is being used behind the scenes for Apple Music and Beats 1.