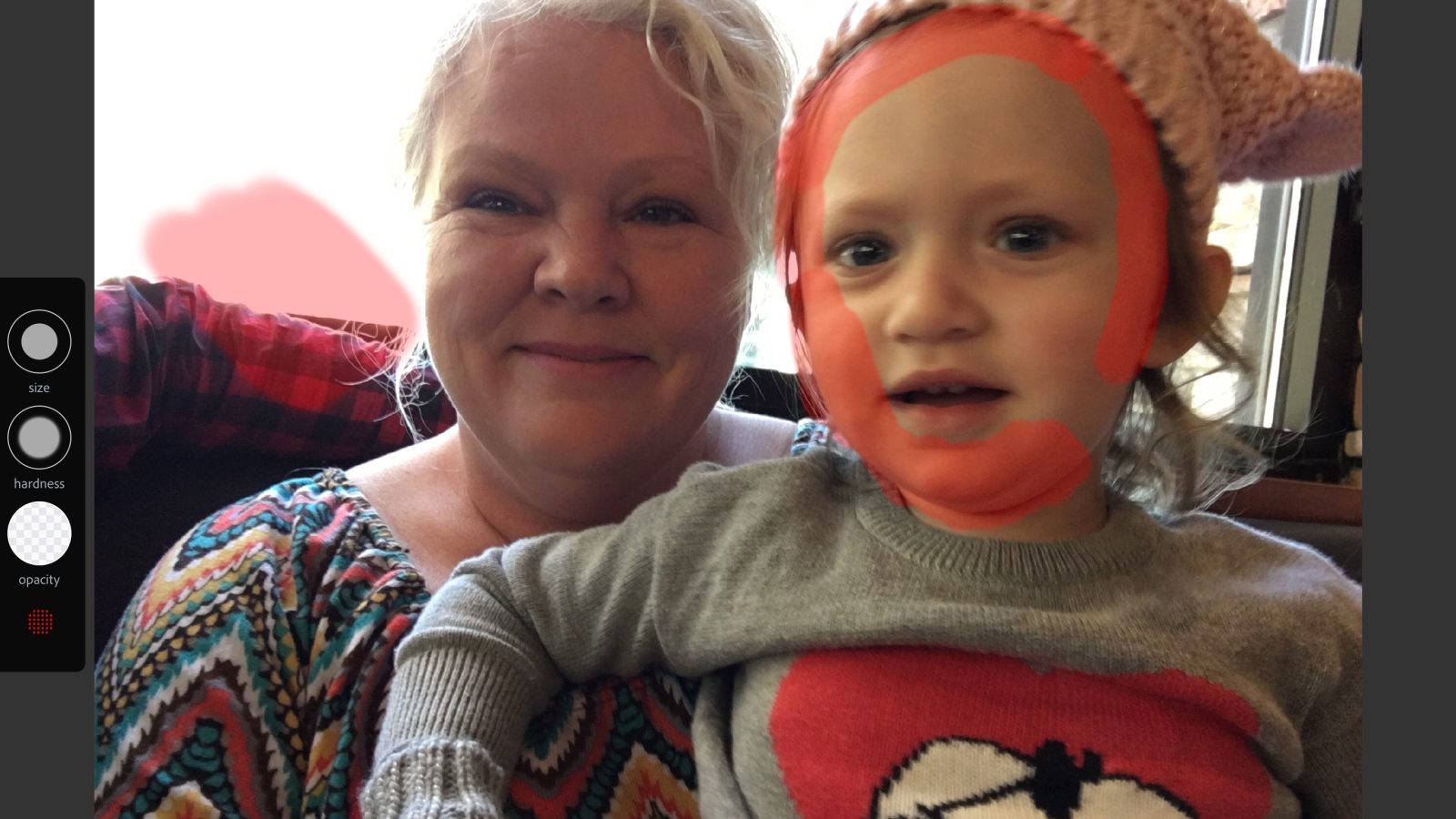 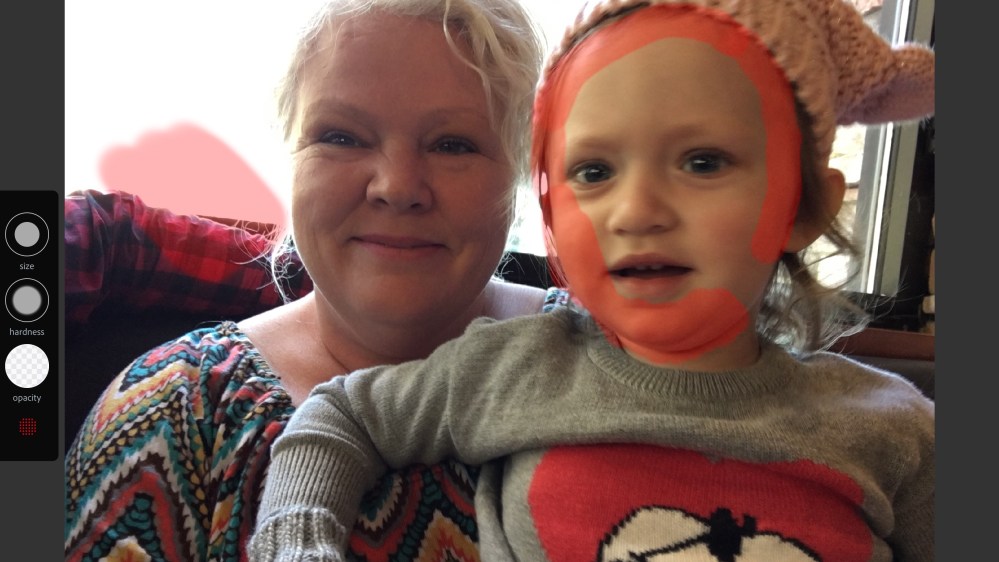 Adobe’s recently launched Photoshop Fix app has been updated this week to add further support for Apple Pencil on iPad Pro. The image editing app already worked with Apple’s new digital stylus on the larger tablet with initial support introduced in late October, and the latest update goes beyond basic support by recognizing both pressure changes and tilt shading when editing with Apple Pencil.

The enhanced support works well and really makes the precision editing with Apple Pencil on photos more natural when using the new iPad Pro. As you can see in the example with the sharpen adjustments highlighted in red, Pencil can now fill in large spaces quickly and apply more or less of an adjustment by adjusting force without tweaking hardness or softness settings.

Earlier this week, Adobe updated Lightroom for iOS to support the iPad Pro as full resolution and Split View and Slide Over features on the latest iPad models.

Other image editing apps for iPad Pro have updated this week to add further Apple Pencil support as well after its initial release last month.

Pixelmator added tilt support to detect shading from 30 additional brushes within the app (and made the iPad Pro icon more crips on the Home screen). Procreate fixed tilt values for certain brushes where shading appeared too large and included improvements to reduce lag in the software when starting a stroke. Want a fun recommendation? Pigment, a relaxing coloring book app for iOS, launched this week with iPad Pro and Apple Pencil support.