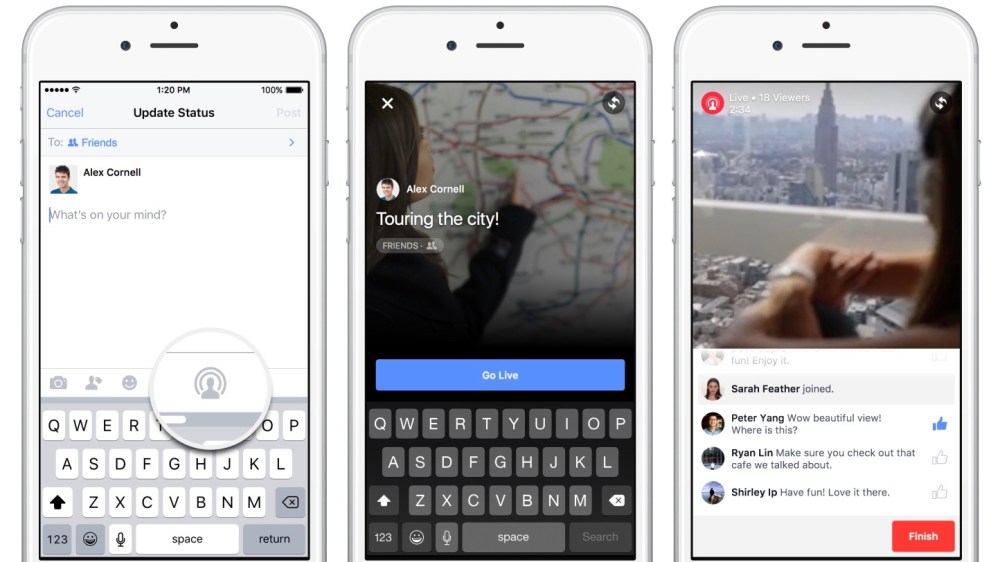 While live video broadcasting is limited to members in the United States for now, Facebook says it hopes to expand the feature in other countries “over the coming weeks.”

For new users getting started, Facebook shares these instructions for how to use the live video broadcasting feature within its app:

To share live video, tap on Update Status and then select the Live Video icon. You can write a quick description and choose the audience that you want to share with before going live. During your broadcast, you’ll see the number of live viewers, the names of friends who are tuning in and a real-time stream of comments. When you end your broadcast, it will be saved on your Timeline like any other video, which you can then delete or keep for your friends to watch later.

While the feature is currently limited to US iPhone users, Facebook says it will work to bring live video broadcasting to Android phones in the future as well. Be sure to have the latest version of Facebook for iOS before trying to go live.

What do you think? Does Facebook’s version of live broadcasting catch your interest, or do other services already offer this ability with better implementation?