Strategy Analytics especially notes that Apple’s global iPhone shipments are peaking and shifting its strategy around emerging markets like India is necessary to return to growth after the anticipated decline next quarter. Apple’s anticipated 4-inch iPhone 5se that 9to5Mac has reported on extensively will certainly become a player in these markets; the cheaper price will likely combat global current fluctuations Apple described earlier this week during its earnings call.

Also of note, in total Strategy Analytics says the total number of smartphones shipped globally in 2015 hit 1.4 billion units, up from 1.2 billion the year prior, marking a 12% increase. 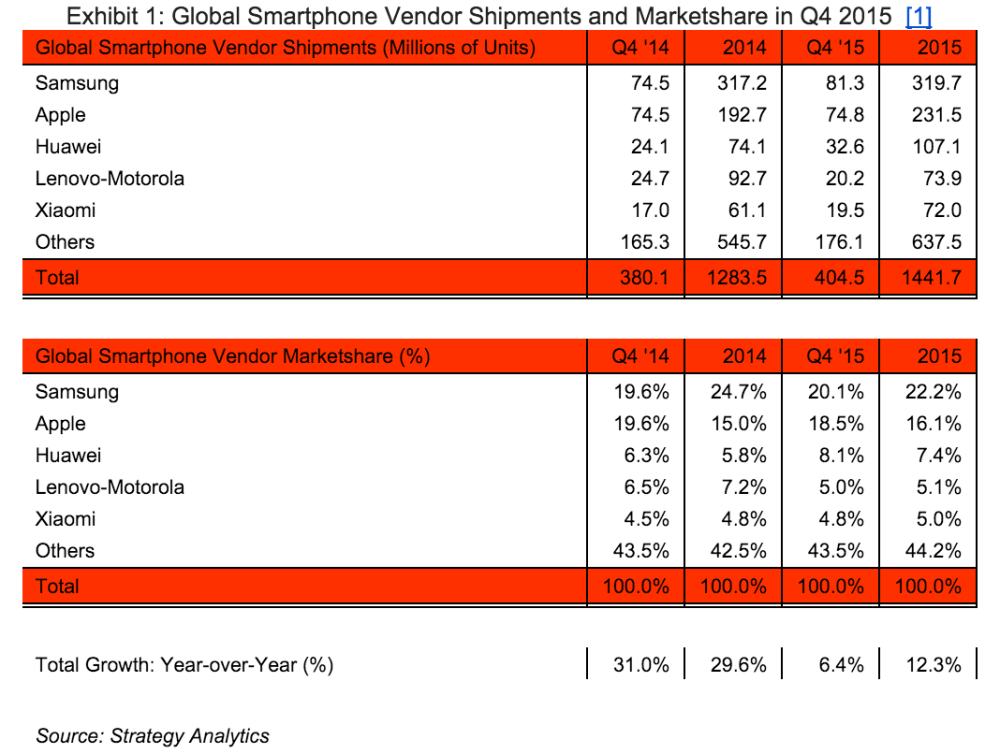 One last interesting detail: Counterpoint says that 850 smartphone brands were competing in 2015, but the top 20 brands maintained 85% of total smartphone shipments.

The major takeaway the new Strategy Analytics data is that Apple’s perhaps temporary peak iPhone quarter indeed suggests the company will need to look to emerging markets for new opportunity, and on the Android side Huawei has gained steam while Samsung remains on top for now.