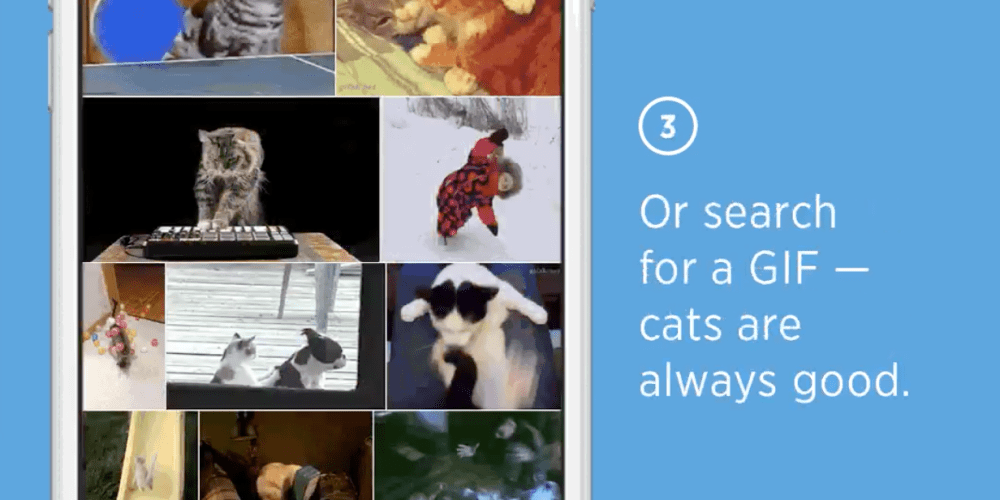 Twitter has toady announced long-awaited support for native GIF search with partners Giphy and Riffsy. The addition of GIF search means that users will now be able to search for GIFs from a library of thousands and instantly insert them into their direct message or tweet.

You can search the GIF library by keyword, or even browse categories of different reactions like “Happy Dance, Mic Drop, or YOLO.” When composing a tweet or direct message, the button to access the GIF library is located right at the bottom, between the polling and camera roll options.

Twitter has partnered with popular GIF databases GIPHY and Riffsy to power its new search feature:

“GIPHY delivers real-time GIFs as they happen, helping to power Twitter’s live commentary and conversation,” says Alex Chung, founder and CEO of GIPHY. “GIPHY’s users are creating GIFs for news, entertainment, sports, and expression that can enrich Tweets. We’re excited to work with Twitter to make sharing these GIFs even easier.”

“So much can be expressed with GIFs, and the key is to find just the right one in the moment that quickly and efficiently expresses your emotions,” says David McIntosh, CEO and co-founder of Riffsy. “We’re excited to explore this partnership with Twitter and watch Twitter users discover and share their favorite GIFs in their daily lives.”

Twitter initially added support for animated GIFs to iOS back in June of 2014 and more than 100 million GIFs have been shared since then, but users have long been calling for a more seamless way to insert their favorite GIFs into tweets and direct messages.

Twitter says that GIF search feature will roll out over the “coming weeks” to everyone on iOS, Android, and Twitter.com. More information is available in the company’s blog post announcement.