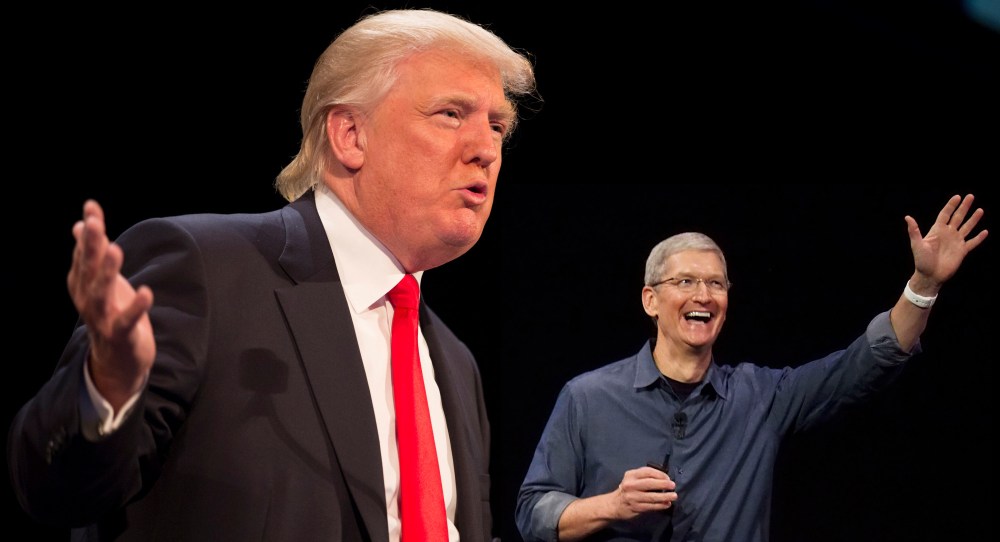 Update: Elon Musk said in a tweet today that the American Enterprise Institute meeting was not secretive and that he was not there to talk about Trump.

The AEI meeting wasn't secret and I was only there for a few hours to talk about Mars and sustainable energy. Nothing to do with Trump.

Republican presidential candidate Donald Trump has been very vocal with his opinions about Apple recently and now, it appears that Tim Cook is part of a coalition trying to stop Trump gaining the nomination. According to a report from the Huffington Post, Cook was among a handful of tech CEOs and Republican establishment members who recently met at the American Enterprise Institute’s World Forum to discuss how to best stop Donald Trump.

The event was closed to the press, so exact details aren’t entirely clear, but the report says that the “main topic” was stopping Donald Trump from getting the Republican nomination. How Trump even ended up as the front-runner was also a topic of discussion, the report claims.

Karl Rove gave a presentation at the event during which he discussed the weaknesses of Trump, the primary of which, he claimed, is that voters “have a very hard time envisioning him as presidential.”

While Trump was the center point of the event, Apple’s battle with the FBI over encryption was also brought up. The report says that Republican senator Tom Cotton from Arkansas shared words with Tim Cook over Apple’s refusal to cooperate with a court order asking it to unlock the iPhone used by one of the San Bernardino gunmen. Cotton was reportedly “pretty harsh on Cook,” so much so that everyone else was left feeling rather uncomfortable by the hostility.

In the past, Donald Trump has vocalized his opinions on Apple. At one point, he said that he would “get Apple to start building their damn computers and things in this country, instead of other countries.” Furthermore, Trump last month called for a boycott of Apple until it cooperates with the FBI’s request to unlock the iPhone in question.