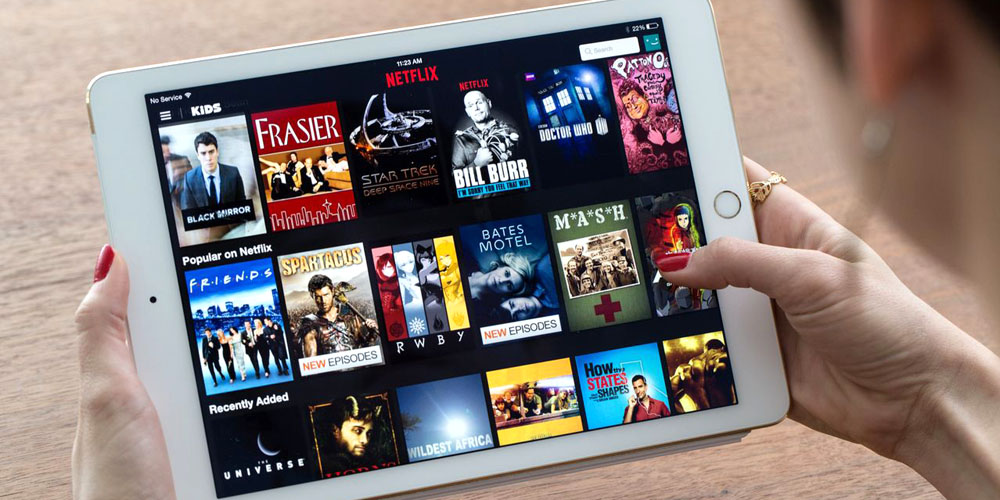 If you’ve ever been disappointed with the quality of Netflix videos when streaming them on AT&T or Verizon, and cursed the network for its poor connectivity, it appears that your wrath should instead have been directed towards Netflix.

The WSJ reports that Netflix has been deliberately throttling video on mobile devices for more than five years, but only admitting it now …

The popular video service said […] that for more than five years it has limited its video speeds to most wireless carriers across the globe, including AT&T and Verizon, to “protect consumers from exceeding mobile data caps,” which may discourage future viewing.

This only came to light when T-Mobile said that it offered higher-quality Netflix streams than the two largest carriers, and accused them of throttling video. Both companies denied it, forcing Netflix to come clean.

Netflix said that it was acting to protect customers from excessive bills or loss of service.

Watching two hours of HD video on Netflix would consume up to 6 gigabytes of data, Netflix says. That is an entire month’s allowance under an $80 a month Verizon plan.

Netflix said it doesn’t limit its video quality at two carriers: T-Mobile and Sprint, because “historically those two companies have had more consumer-friendly policies.” When customers exceed their data plans on Sprint or T-Mobile, the carriers usually slow their network connections, rather than charge overage fees.

AT&T said that it was “outraged” at the practice, while Netflix said that it would be introducing a new feature in May that will allow subscribers to choose their video quality when using mobile data.

Netflix said it is also exploring “new ways to give members more control in choosing video quality.” It is working on a mobile “data saver” to be rolled out in May that would allow consumers to “stream more video under a smaller data plan, or increase their video quality if they have a higher data plan.”

Netflix has been coming under fire from many subscribers for blocking proxies and smart DNS services so that customers can no longer access content from other countries. The company first announced its intention to do this back in January, and has been gradually cutting off more and more services. It’s believed it is doing so after coming under increasing pressure from content providers who often licence TV shows on a market-by-market basis.