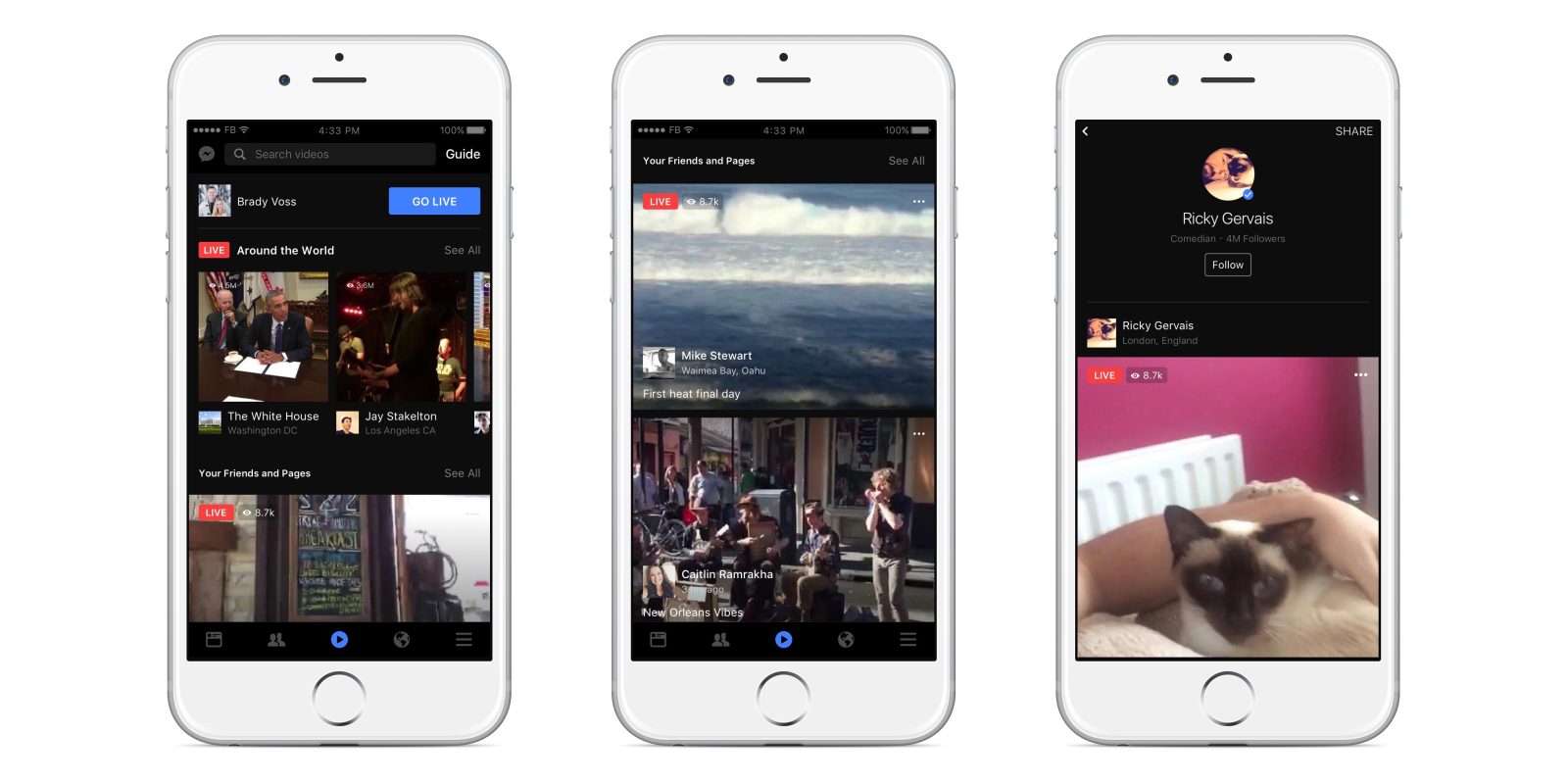 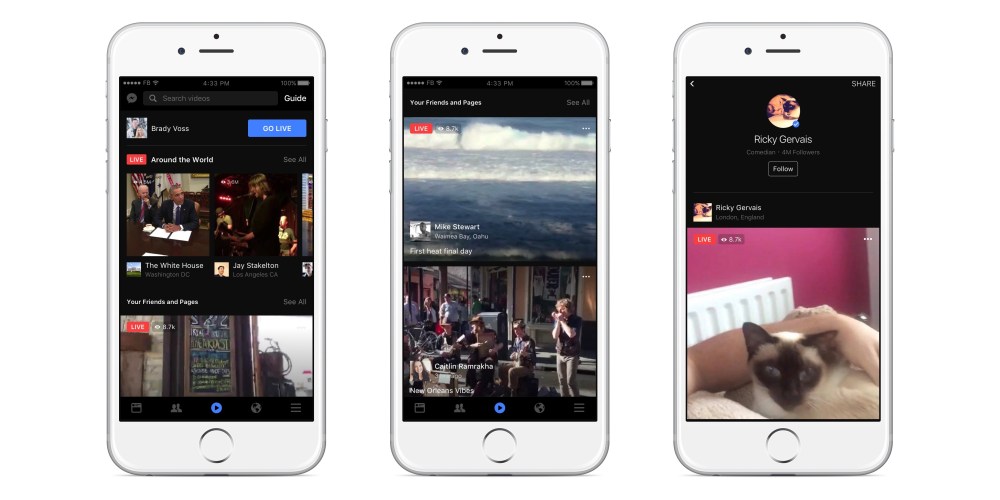 It was perhaps unimaginable just a few years ago, but live streaming has become particularly popular thanks to apps like Meerkat and, most notoriously, Twitter-acquired Periscope. Not to be left out, Facebook joined the race last summer — albeit initially only for public figures via the dedicated Mentions app — and then pushed beyond earlier this year with the open introduction of “Facebook Live” in the US, a feature within the mobile app that allows anyone to live stream to their friends.

The experiment seems to be working well, and with the app update — which begins its rollout today — Facebook is adding a variety of features to enhance the Facebook Live experience; according to the company, adding a dedicated tab for finding live as well as archived video will “give you more ways to discover, share, and interact with live video, and more ways to personalize your live broadcasts”…

The first addition comes in the form of a restriction; whereas until now you were forced to stream to all of your followers, the update introduces streaming to Groups and Events. This means that users will have more control on where to post their live streams, and thus who will be able to watch them. If one, say, wanted to stream to their family and their family alone, all it takes will be starting the stream from within the group, locking everyone else out. Scheduled Q&As from Events’ streams have been added too.

Facebook also wants live videos to be “interactive” and “fun”, and is using its recently-introduced Reactions to do just that. Viewers can now select from “Love”, “Haha”, “Angry”, “Wow” or “Sad” and their reactions will be displayed live on top of the video; before animating, a little bubble with the person’s profile picture will appear, to subsequently pop and display the selected Reaction.

The company also reports that initial data surveys show that “people comment more than 10 times more on Facebook Live videos than on regular videos,” which prompted them to replay comments and reactions as they appeared live even when someone is watching after the fact. A highly requested “Live Filters”, which will add the ability to draw or doodle on your video while live, is “coming soon”.

The dedicated video tab, which will sit front and center (where the old Messenger tab used to be), will allow you to “discover live video that the world is talking about, live video from the friends and creators that matter most to you, and live video on topics you’re interested in,” as well as give you the chance to search for live and non-live videos or go live yourself.