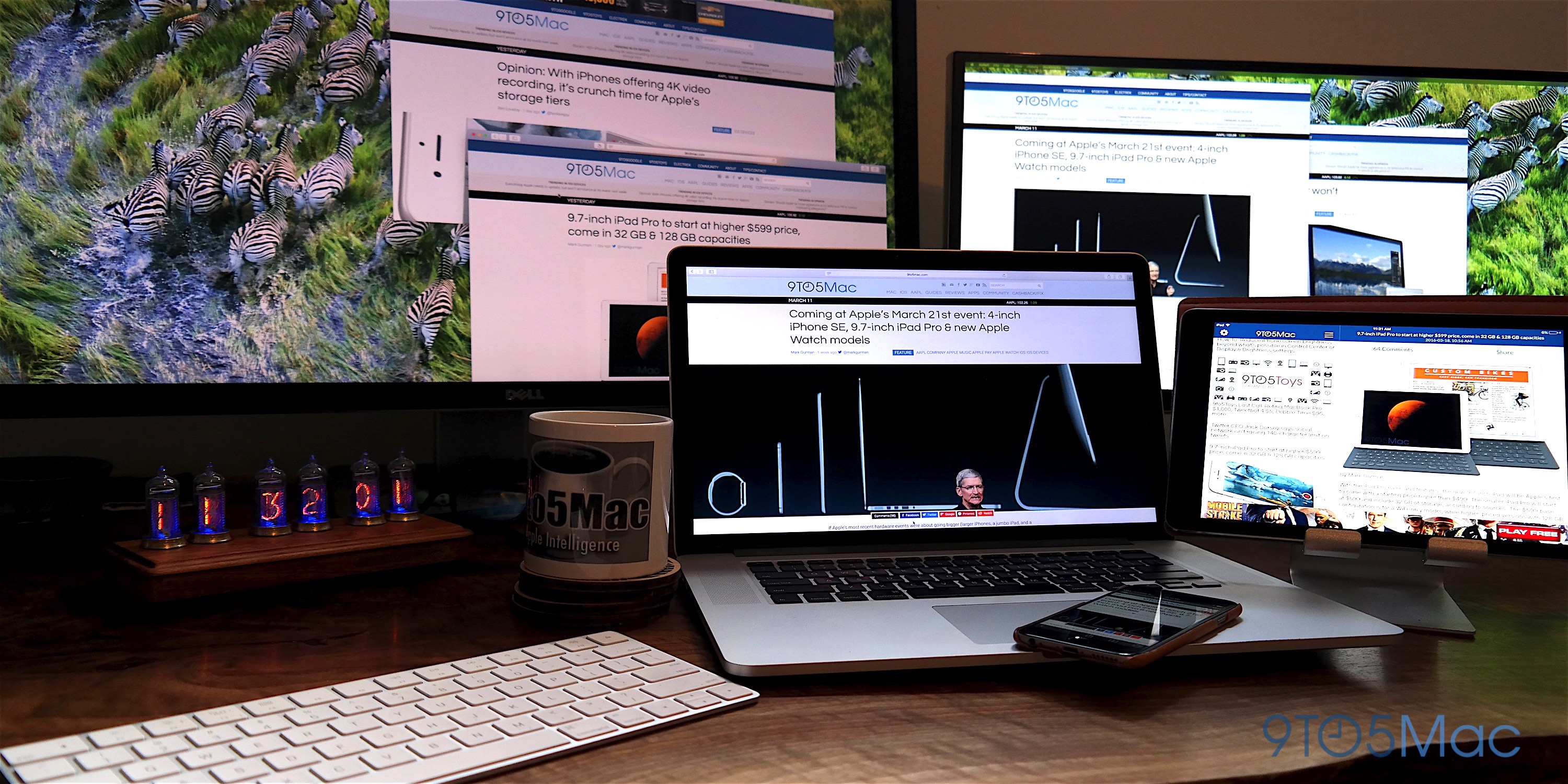 In this week’s top stories, attention turned from the iPhone SE and iPad Pro 9.7 to what’s coming next from Apple, as stories surrounding the iPhone 7 and the future of Apple’s MacBook lineup rounded out the most shared articles of the week. But not far behind was Zac’s review of the iPhone SE followed by analysis of the new iPad Pro’s 9.7-inch display showing record mobile display performance and possible hints at what’s to come from iPhone 7 this fall.

As always, we have the easy links to those stories and the rest of this week’s most shared news and videos below:

We start things off with our comprehensive roundup on what to expect from iPhone 7, Zac’s review of the iPhone SE, Facebook’s F8 announcements, and other iPhone news that made it into the top stories this week.

We also launched a hub for our Feature Request series that offers one place to catch up on all of the latest installments.

Next we move on to iPad with expert analysis of the new iPad Pro 9.7-inch display showing record display performance above all other mobile screens and giving us hints at screen upgrade possibilities for iPhone 7. We also got a look at a one-of-a-kind Jony Ive designed iPad Pro and accessories up for auction.

And the future of Apple’s MacBook line was also a big topic of conversation this week. We compiled a handy guide to Everything we know about Apple’s upcoming laptop updates so far , and a new report offered the latest on an ultra-thin MacBook coming later in 2016, this time claiming the upcoming MacBooks will feature new metal-injection molded hinges. Ben also took a look at how Apple could rationalize both its desktop Mac lineup and MacBooks, and we got yet another hint at the rumored ‘MacOS’ name change.