After first detailing the software update in developer documentation, Apple has now released the first beta version of watchOS 3.2 for developer testing on Apple Watch. watchOS 3.2 is the first version of the Apple Watch software that works with SiriKit, enabling developers to tap in to Siri in the same way as apps on iOS 10.

Apple’s documentation also mentioned Theater Mode as a new notification toggle that disables raise-to-wake for alerts without having to change the mode in the Settings app.

We’ll update with any changes discovered in watchOS 3.2 for Apple Watch below. 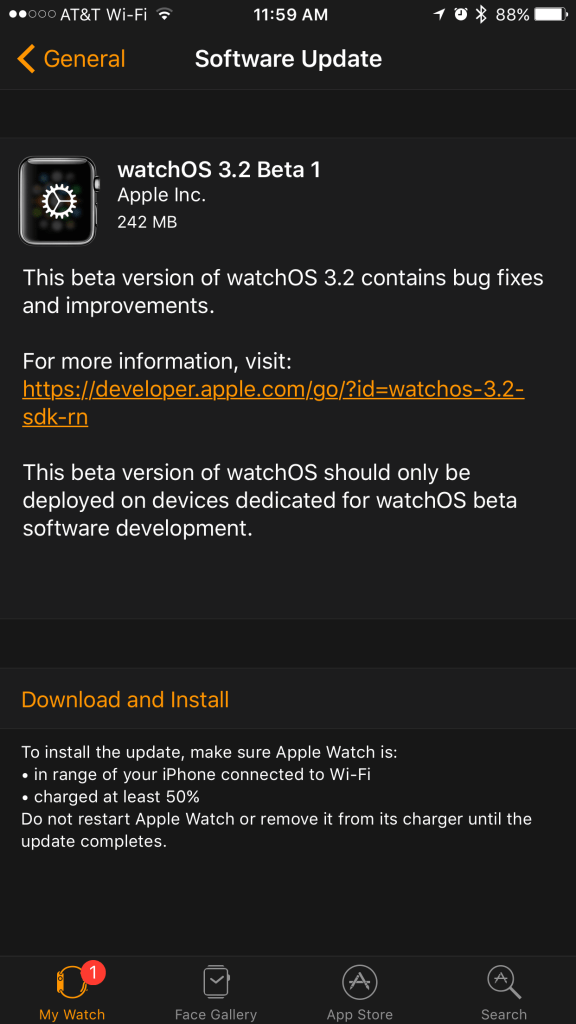 This feature doesn’t seem to interface with the iOS 10.3 beta 1. You can also use the Digital Crown spin method to slowly activate the display from the darkest setting during Theater Mode. Tapping the Theater Mode toggle prompts you with the explainer text each time.