From 2G to iPhone 8: Ten years of iPhones compared [Video] 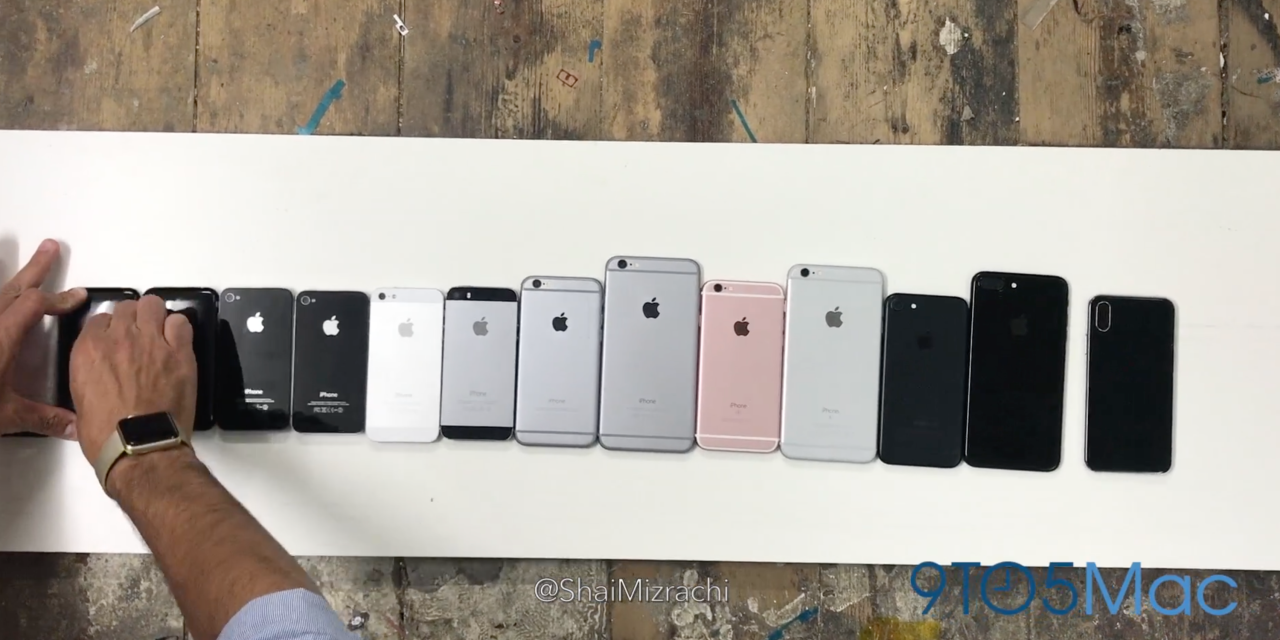 To celebrate the device’s 10th anniversary, today we take a look at 10 years of iPhones, including the expected iPhone 8 design, with some exclusive video and photos together with friend of 9to5Mac Shai Mizrachi (@ShaiMizrachi).

In the video and photos below, we get a look at how the iPhone has evolved over the past decade and a new perspective of Apple’s upcoming device with an iPhone 8 dummy unit compared to all other iPhone models.

Perhaps most noticeable, the expected iPhone 8 design will shrink the overall footprint of the device while packing in a much larger display by minimizing the size of the bezels around the screen, much like Apple did with its new 10.5-inch iPad Pro that replaced the 9.7-inch previous-gen.

We already expected as much based on rumors for the device, but seeing it next to the last year’s models and smaller iPhones from years past really shows how significant the change will be… 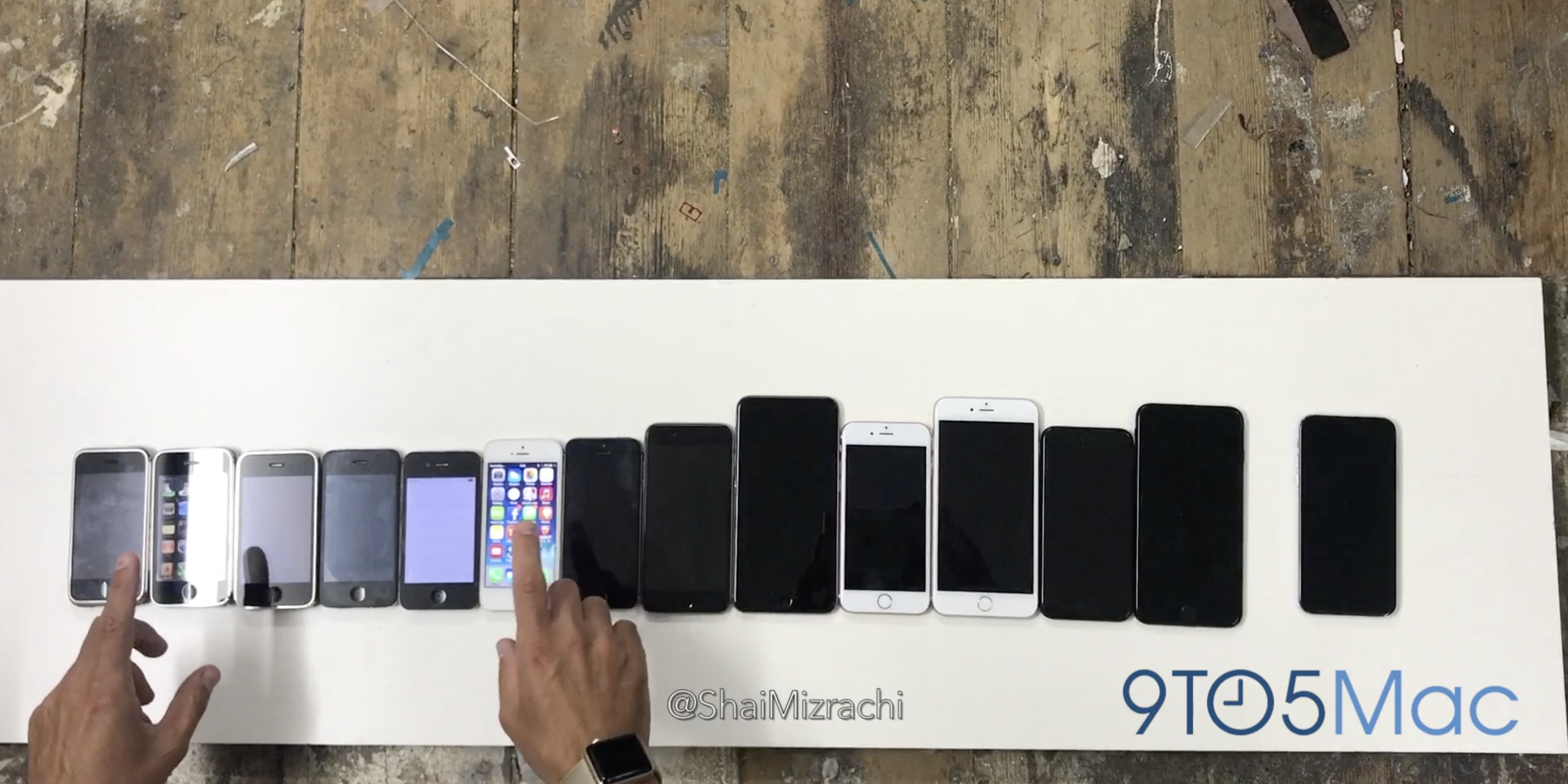 The result is the iPhone 8’s total footprint looks much closer in size to the 4.7-inch iPhones than the larger 5.5-inch Plus models, as you can see in our lineup above. And, again, that’s while packing in an expected 5.8-inch OLED display that will be the iPhone’s biggest yet.

You’ll also notice that some of the expected iPhone 8’s design language borrows bits and pieces from iPhone designs from the past, such as the new all-glass design and metal edges that will be immediately familiar to anyone that owned the iPhone 4, which is also pictured throughout.

In the photo below on the left, we take a look at the iPhone 8 compared to Apple’s original iPhone introduced 10 years ago today on June 29, 2007. The device (which you can still buy online) featured a 3.5-inch display compared to the 5.8-inch display expected on this year’s flagship model. But with quite a large bezel around it, it actually doesn’t look a whole lot smaller than the iPhone 8’s overall size:

And finally, in the video below we feature just about every iPhone model, or at least one flagship model from each year. We start with the original first generation iPhone (aka iPhone 2G) and end with the iPhone 8 dummy unit showing what will be Apple’s 10th anniversary iPhone model expected later this year.

The full lineup of iPhones featured in the video above includes:

Based on the latest supply chain intel and reports over recent months, the iPhone 8 model pictured above might not be the only new iPhone Apple launches this year. Apple is also expected to introduce two other new iPhone models that will replace the current 4.7-inch iPhone 7 and 5.5-inch 7 Plus models with upgraded 7s and 7s Plus versions. Those devices are expected to receive LCD displays again and remain the same sizes, making the larger OLED 5.8-inch iPhone 8 a new premium option in Apple’s lineup and a special addition for its 10th anniversary iPhone year.

Happy 10th anniversary to the iPhone, ‘a revolutionary product that changes everything’