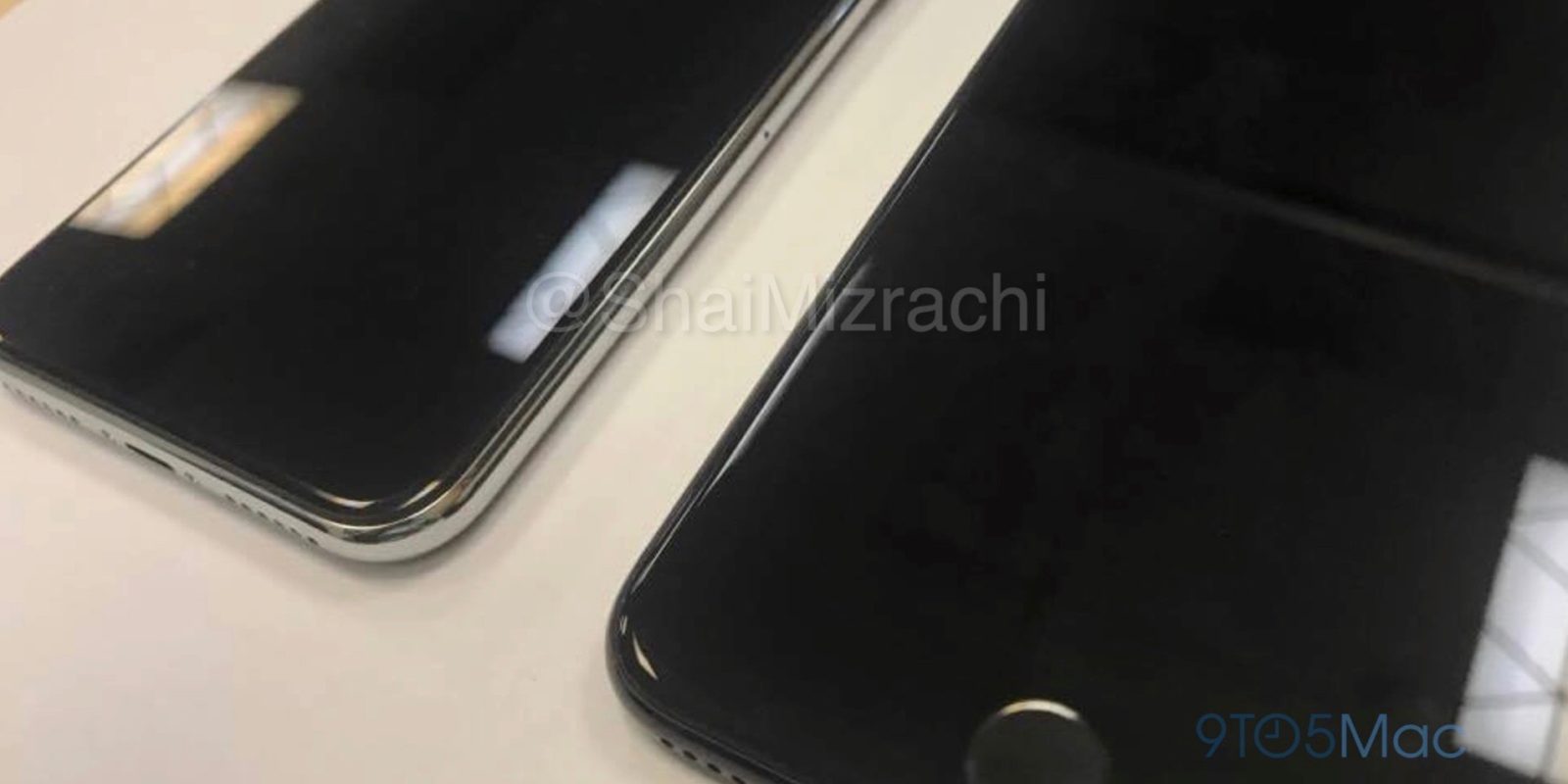 The purported iPhone 8 dummy unit that first surfaced in photos back in April is back today with a new close-up video appearance plus exclusive photos shared with 9to5Mac. The iPhone 8 dummy unit shows the rumored vertical camera, edge-to-edge display, and elongated Home button with no rear Touch ID.

Note that the dummy unit shared by ‎Shai Mizrachi has the same two-toned black and silver exterior that Benjamin Geskin expects to be all black when the real iPhone 8 ships later this year. The same dummy unit similarly appeared in a brief hands-on clip last month as well.

While iPhone 8 rumors have varied from claims of Touch ID integrated into the display to the fingerprint sensor being moved to the back, analysts and supply chain rumors consistently predict a 5.8-inch, bezel-less OLED display with upgraded cameras for AR features, wireless charging of some sort, and a special function area in place of the Home button on the premium handset.

Earlier today one major accessory manufacturer showed off cases made for this design based on “information and schematics they’ve acquired through their factories and contacts in the far east” while a bezel-less glass cover surfaced over the weekend with a brief forehead for the camera and speaker.

The iPhone 8 is also expected to include stronger waterproofing in addition to wireless charging, according to a slip of the tongue from the CEO of an iPhone maker. Following Apple’s preview of iOS 11 back at WWDC a few weeks ago, we’ve also started to see design concepts of what iOS 11 may look like on the rumored iPhone 8 design later this year.

In addition to the new video hands-on, 9to5Mac has obtained photos showing the iPhone 8 dummy alongside the iPhone 7 Plus for comparison below:

We’ve also obtained a comparison video from ‎Shai Mizrachi showing the dummy unit next to the current iPhone:

And read 9to5Mac’s iPhone 8 guide for all the latest rumors and reports about the upcoming upgrade.