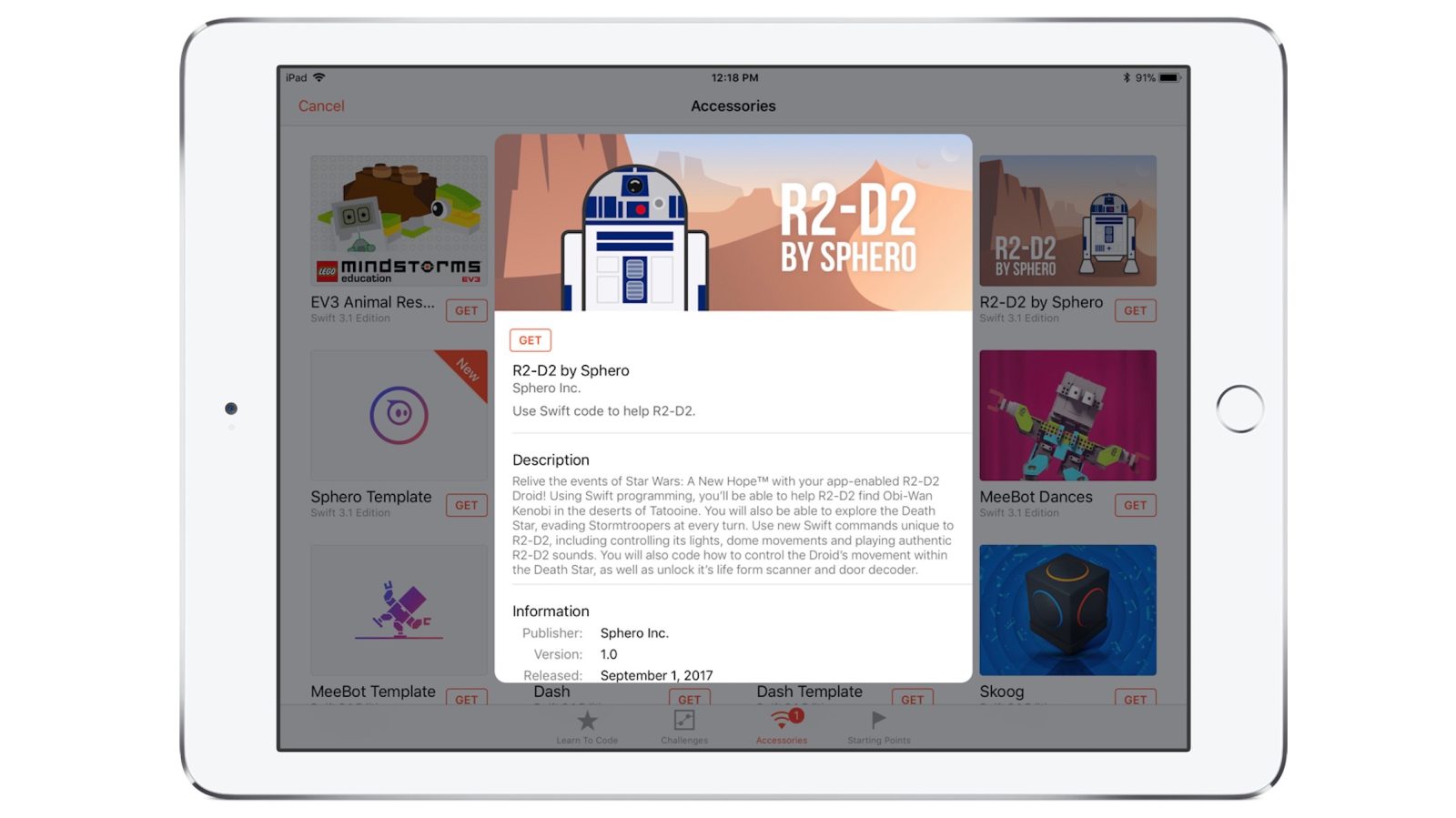 Sphero Template is described as “an open template that allows you to build your own programs with a Sphero robot.” Sphero points users to the Sphero API documentation to see what all you can do with the robot commands.

Speaking of the Star Wars robots, the other new module is called R2-D2 by Sphero. Here’s the full description:

Relive the events of Star Wars: A New Hope with your app-enabled R2-D2 Droid! Using Swift programming, you’ll be able to help R2-D2 find Obi-Wan Kenobi in the deserts of Tatooine. You will also be able to explore the Death Star, evading Stormtroopers at every turn. Use new Swift commands unique to R2-D2, including controlling its lights, dome movements and playing authentic R2-D2 sounds. You will also code how to control the Droid’s movement with the Death Star, as well as unlock its life form scanner and door decoder.

Both new additions are available to download through the Accessories tab on the latest version of Playgrounds for iPad.

The Star Wars promotion follows the recent announcement that Apple Stores will be hosting in-store sessions on iPads starting tomorrow.

Swift Playgrounds for iPad is available to download for free from the App Store.