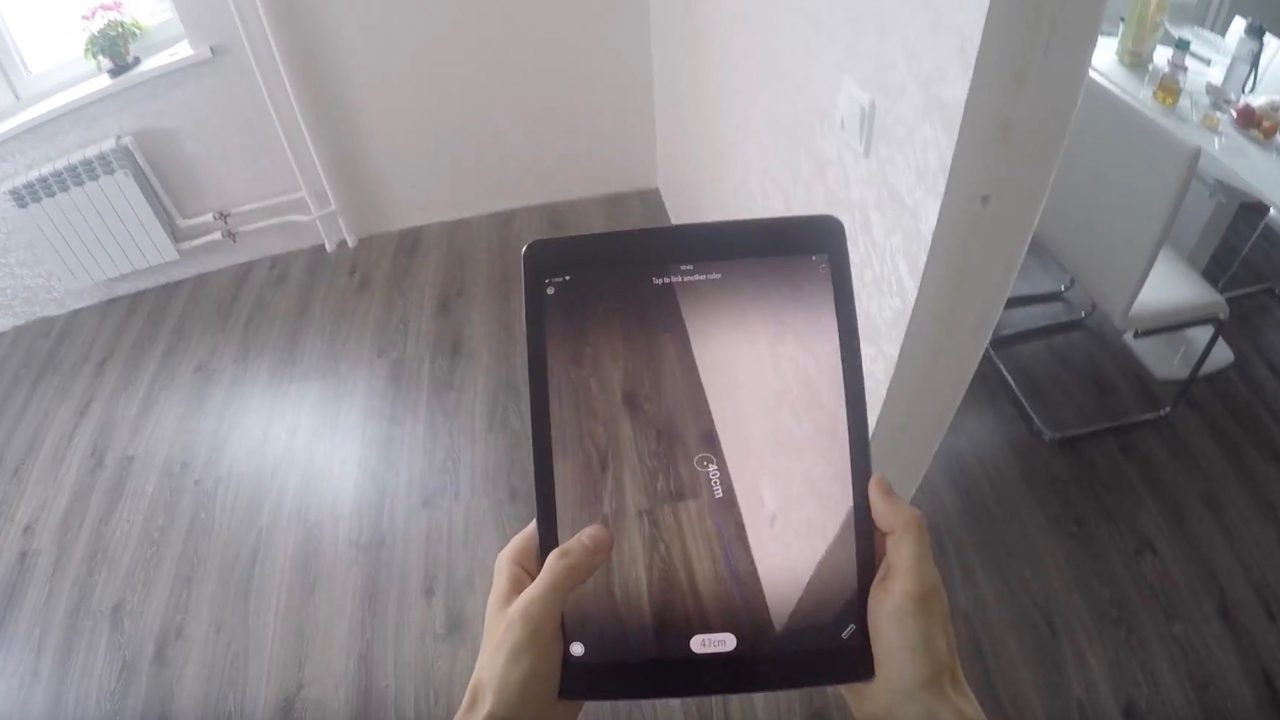 ARKit will be available to everyone in just a couple of weeks, and while we’ve seen a variety of applications that take advantage of it thus far, more polished implementations are emerging as we near the public release. Today, developer Rinat Khanov has unveiled his new augmented reality app, MeasureKit.

While we’ve seen some measuring apps based on ARKit before, MeasureKit is much more polished and offers a variety of different features and ways of measuring. While earlier measuring apps worked mainly by having you hold a ruler over the surface, MeasureKit allows you to simply point your camera at what you want measured, such as a wall or a doorframe, and trace it.

There’s also a trajectory mode that allows you to map and measure a track, as well as a marker pin tool for measuring distance to marked points. You can also measure angles, person height, build cubes, and more.

ARKit is poised to bring an entirely new category of applicantions to iOS. So far, we’ve seen incredible creations from indie developers, as well as offerings from the likes of Ikea, AMC, and more.

MeasureKit is much more than a simple ruler in that it offers users various different ways of measuring. The app touts that it is “the most advanced ruler and 6 other measuring tools” and you can signup for a beta here ahead of its official release.

Check out a video demonstration of MeasureKit below and let us know what you think of this use of ARKit down in the comments.