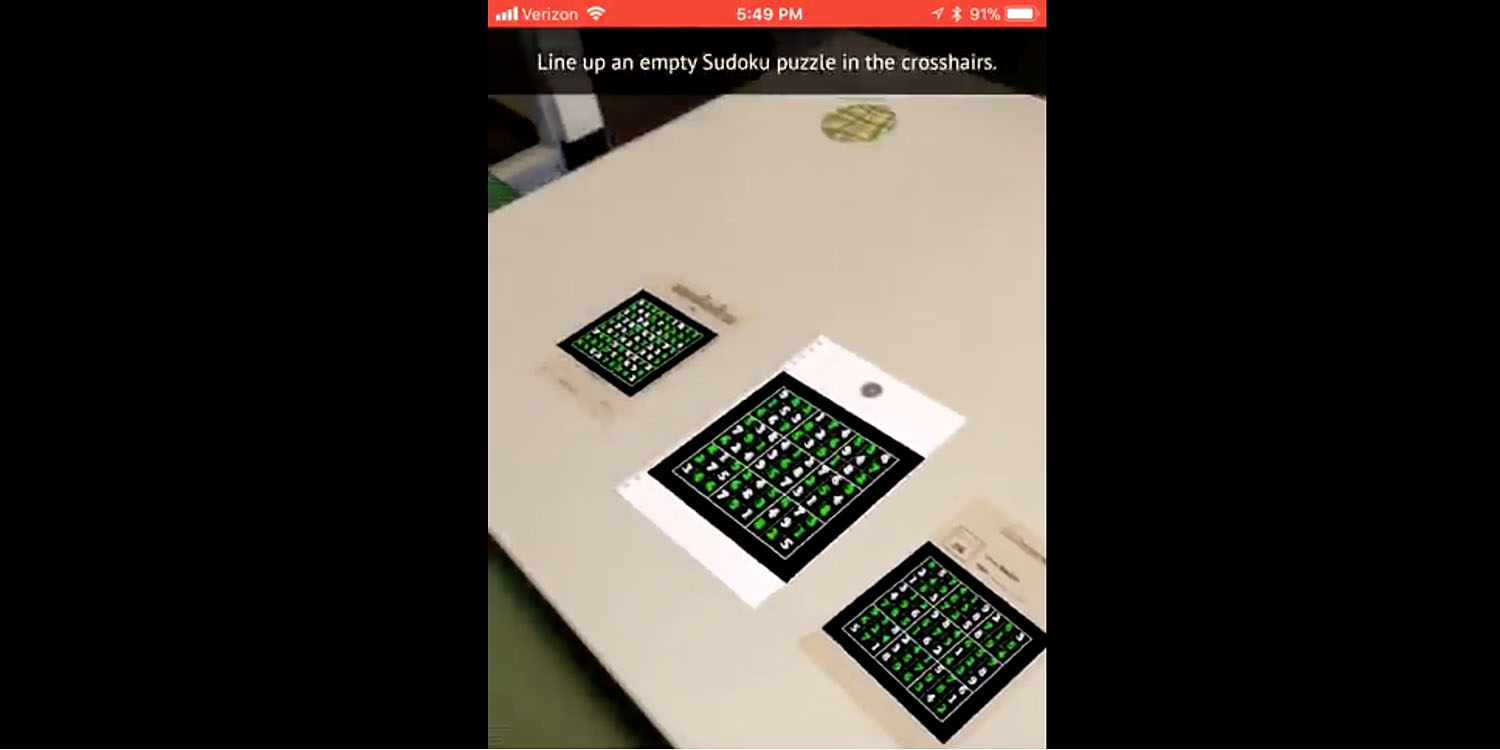 An augmented reality Sudoku-solving app that only works with completely empty puzzles might be kind of pointless, but it definitely serves as an impressive demonstration of just what can be done when you use the combined power of three Apple frameworks.

Magic Sudoku uses Apple’s image analysis software Vision to read the puzzles, the Core ML framework to solve them and ARKit to present the solution as an overlay on the puzzle itself …

None of which is to take away any of the credit from the developer Brad Dwyer from making such effective use of the frameworks, of course.

Place an empty Sudoku on a flat surface then simply align the puzzle using your phone’s camera and voila! A finished solution will magically appear.

You can even scan multiple puzzles in sequence.

An early review notes that it can’t read puzzles from a monitor, as it doesn’t seem to cope with vertical orientation, but it works with both paper and iPad puzzles.

One possible practical use might be to ask a companion to scan the puzzle before you begin so they can help you out if you get stuck later.

Magic Sudoku is a $0.99 download from the App Store. Check out the video below to see it in action.