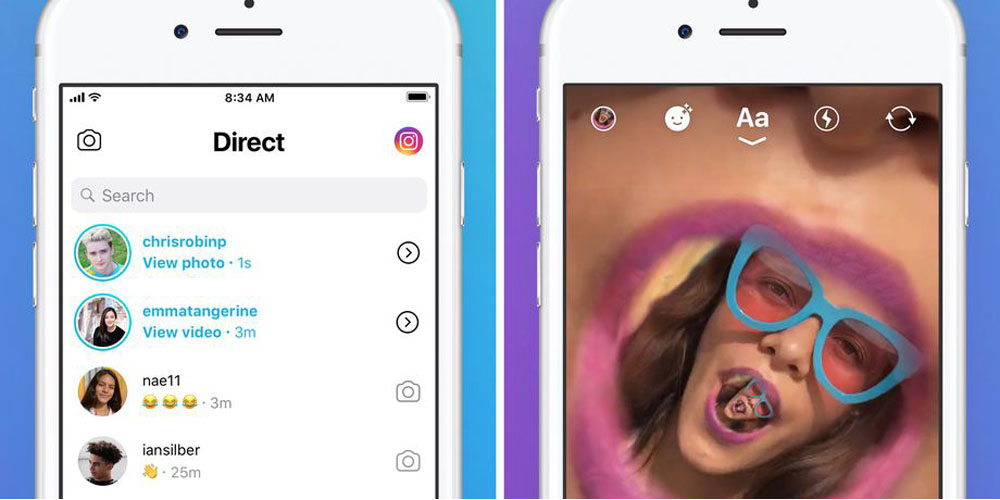 Facebook made the controversial decision back in 2014 to remove private messaging from the main app, moving it instead into Facebook Messenger. It now seems the company may have similar plans for Instagram.

From today, Instagram is testing a new app called Direct. For those who choose to install it, the inbox disappears from the main app …

The Verge reports that Direct is being tested on both iOS and Android in six countries: Chile, Israel, Italy, Portugal, Turkey, and Uruguay. But a comment from product manager Hemal Shah made it sound like the company had already made up its mind.

Direct has grown within Instagram over the past four years, but we can make it even better if it stands on its own. We can push the boundaries to create the fastest and most creative space for private sharing when Direct is a camera-first, standalone app.

With so many messaging apps competing for our attention, Instagram is keeping the focus firmly on photos: the app opens directly to the camera.

The trial follows close behind the launch of two new features in the main app: Highlights and Archive. Highlights lets you turn Stories into a featured post at the top of your profile page, while Archive allows you to view your past Stories after they expire.

The company also recently announced that 25 million business now have an Instagram presence, up 9 million since the summer.