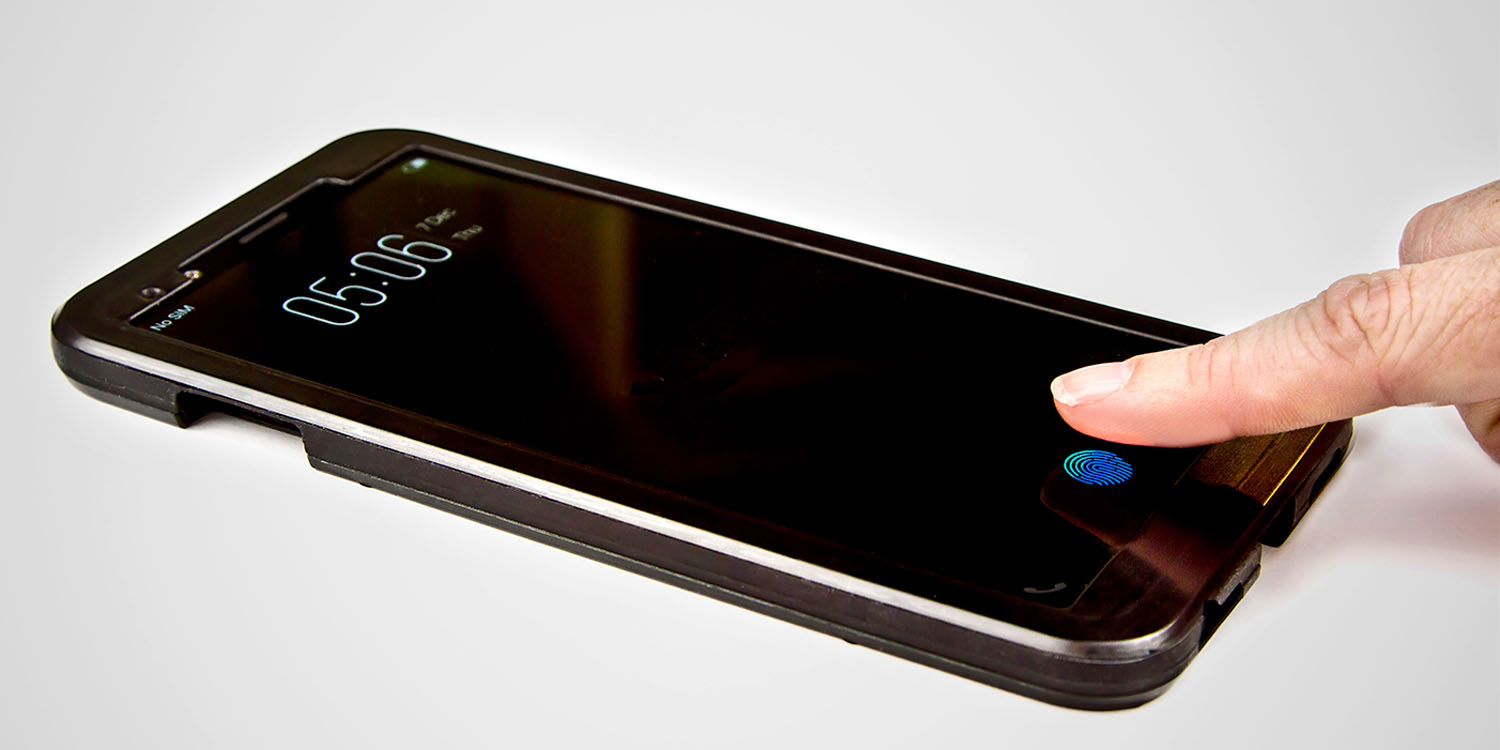 It was long-rumored that Apple was working on embedding Touch ID into the display of the iPhone X. The Cupertino company had multiple patents for different approaches to the task, and it confirmed after launch that it had been working on the technology.

Synaptics has now announced that it has put an in-display fingerprint sensor into mass-production for a ‘top 5’ Android smartphone manufacturer, under the branding Clear ID. The company isn’t saying who, but does reference ‘infinity displays,’ making Samsung a prime candidate.

But with Apple having instead opted for Face ID, my view is that offering an embedded fingerprint sensor as a competitive feature is too little, too late …

Touch ID was an extremely sophisticated implementation of a fingerprint sensor, and combining it with the Home button made it almost seamless in use. It was a hugely popular feature, and early reports that this year’s flagship iPhone would switch to an embedded version of it seemed to make perfect sense.

Apple had already switched to a solid-state version of the Home button, which was a necessary step along the way to an embedded one. It had also effectively (if not literally) embedded Touch ID into the secondary display on the MacBook Pro.

Once the iPhone X was launched, Apple was quite open about the fact that it had been working on both technologies. The pre-launch rumors were that the company was struggling to make an in-display Touch ID sensor work reliably in production volumes.

Not so, said Apple after launch. It said that as soon as work progressed far enough to compare the two technologies, it abandoned all work on an embedded Touch ID sensor. Face ID was, it said, clearly superior.

Indeed, Phil Schiller went as far as claiming that Apple was so convinced that Face ID was the way to go, it ‘gambled‘ on the technology at a relatively early stage in the development of the iPhone X.

Clearly there was a point in the process where we had to commit to the fact that it would be a full top-to-bottom screen on the front with no home button, which means you’re counting on Face ID working as we’d hope, and being as good.

Whether that’s literally true, or marketing hyperbole, I am willing to believe that Apple abandoned embedded Touch ID as soon as it had experience of Face ID in real-life prototypes.

And Apple’s confidence has been borne out by the experience of iPhone X owners. Everyone I know who owns an iPhone X has been completely won over by Face ID, even if they were initially skeptical.

But Face ID takes this to a whole new level. When a notification arrives, I just look at my phone to unlock the content. When I want to login to my banking app, I just open it and that’s all: the authentication process happens completely automatically. It’s no longer a separate step.

I agree 100% with Apple. Face ID is a far superior technology to Touch ID, excellent as that was. And any Android manufacturer hoping that an embedded fingerprint sensor will put them on a level playing field with Face ID – or even give them an edge – is going to be very disappointed.