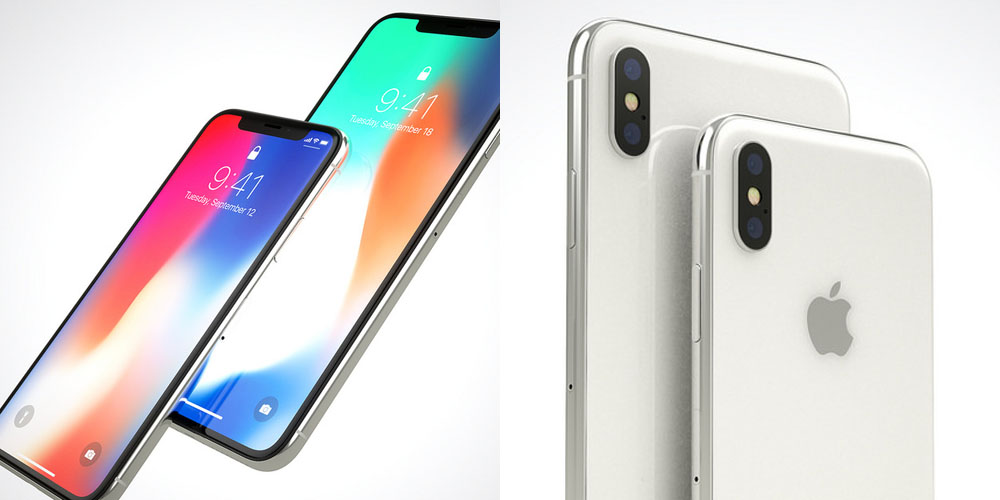 I’ve commented before on Apple’s rather messy iPhone lineup. The company currently sells the iPhone SE, the iPhone 6s, the iPhone 7, the iPhone 8 and the iPhone X. Given the Plus model variations, and ignoring colors and storage capacities, that’s eight different phones across four different sizes.

If we ignore the relatively minor form factor differences between the iPhone 6s, 7 and 8, that’s also three different designs.

But KGI’s predictions of what we can expect this fall, reiterated today, would make for a much more sensible lineup …

The form says we can expect three new phones this year:

If we also throw in the rumored iPhone SE 2 with at least some design elements in common, then we’d have a lineup that accommodates a good range of sizes, a sensible range of prices and a more cohesive look.

I’m not sure whether we’ll see an iPhone X look for the SE 2 – there haven’t yet been any credible rumors to this effect – but I’m sure that’s on the cards next year if not this. We’ve already seen some renders, and they look great.

With the SE getting the same design (from the front and back, at least), that would give us a range of iPhones with the same signature look, and – equally importantly – the same user-interface. One of the messiest elements of all at present is that we currently have two iPhone UIs depending on whether or not the phone has a Home button.

One big question mark, though, is what Apple will do with its naming. The iPhone 8 made sense as a successor to the iPhone 7, given that the technology inside it changed dramatically even if the design didn’t. The iPhone X would logically have been the iPhone 9, but I fully understand the desire to drive home what a big step it was (and to give at least a nod to its 10th anniversary status) by skipping a generation. But what will Apple do this year?

There isn’t an obvious convention to follow here. The next-gen iPhone X would logically become the iPhone XI, with the larger model the iPhone XI Plus. But that’s horribly clunky.

And what of the lower-priced LCD version? Would that be the iPhone 9? That’s deeply unsatisfactory too.

Finally, whatever naming convention Apple chooses for the rest of the range, we’d have an iPhone SE 2 which doesn’t fit with the rest.

I actually think it’s time for Apple to leave behind the numbering of iPhones – once you hit double-digits, it just feels too untidy. Let’s just stick to the product names, and prefix with a year if necessary, exactly as the company does for its Macs.

We’d then have a logical range in terms of size and price, a single design – and a meaningful set of names.

What do you think? Does the lineup make sense, and would you support my naming convention (or something similar to it?). Please take our poll, and share your thoughts in the comments.