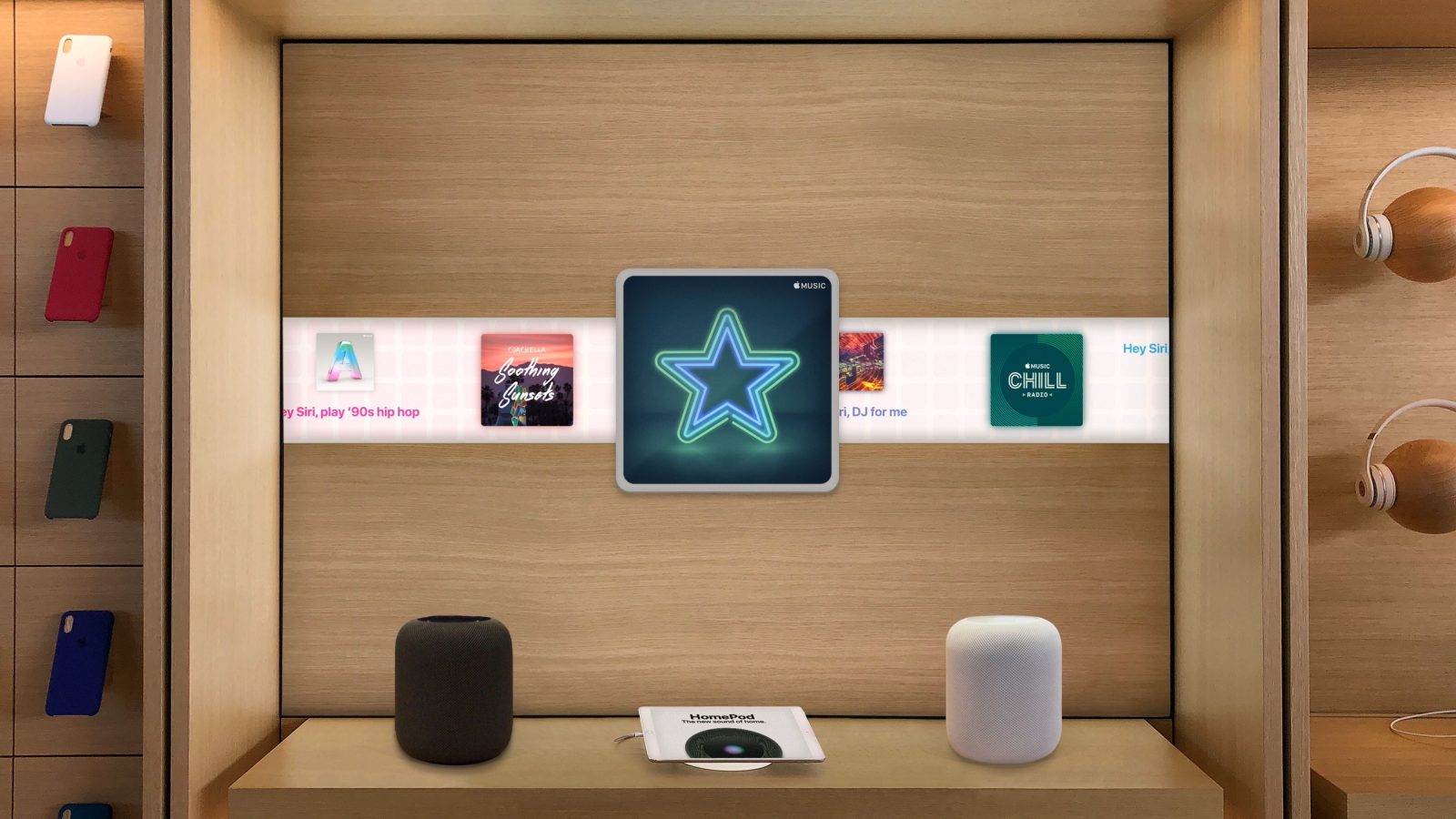 Prior to the release of HomePod earlier this month, many potential readers and Apple customers were eager to hear just how good the $349 speaker would sound. On launch day, we stopped in at several of Apple’s retail locations to see HomePod in person, bringing you photos of the store displays. Demoing a speaker in a noisy environment is no easy task, and while HomePod’s performance is admirable, the difference between your home and a busy store is still markedly obvious. Augmenting HomePod’s in-store display experience could help compensate for the shortcomings of a less-than-ideal testing environment. Here’s how it could be done.

When the original Apple Watch went on sale in 2015, customers who planned to buy the 18-karat gold Edition variant were treated to a premium shopping experience. Private, 1-hour appointments were offered to those wishing to try on the watches. These hands-on experiences were held away from the noisy sales floor, in store boardrooms. While a similar environment would be ideal to fully experience the sound quality of HomePod, it’s simply not scalable given the mass market appeal of the speaker and increasing popularity of Apple retail stores.

HomePod’s current in-store experience isn’t optimal either. For being a brand new product in an emerging category, the display units have a perceived low priority on the sales floor. Tucked away on shelves next to other speakers and scattered among store tables with little accompanying information, the displays feel like an afterthought. How could Apple improve?

Since its introduction, Apple has sold HomePod first and foremost on its sound quality and comprehensive support for Apple Music. This deep integration is the perfect opportunity to cross-promote the two products. HomePod could be demoed in dedicated displays along “The Avenue” in each store. Apple uses similar displays to highlight HomeKit and the Apple TV today.

Inspired by the Apple Music “note” screen at Apple Park’s Visitor Center, each HomePod case could be backed with a flush monitor displaying Apple Music album art and helpful Siri commands that drift across the screen. In the center, a raised display could showcase album art for the track currently playing on the store’s HomePods. Check out the animation above for an example.

Below the monitors, two HomePods in a stereo pair could highlight both colors of the speaker, and demonstrate the power of having multiple devices in your home. A center-mounted iPad would display product information, similar to today.

While a more visually interesting display would help attract customers to the unassuming devices, Apple could take the experience a step further by employing augmented reality to visualize the audio fidelity that might be difficult to hear in a noisy store. 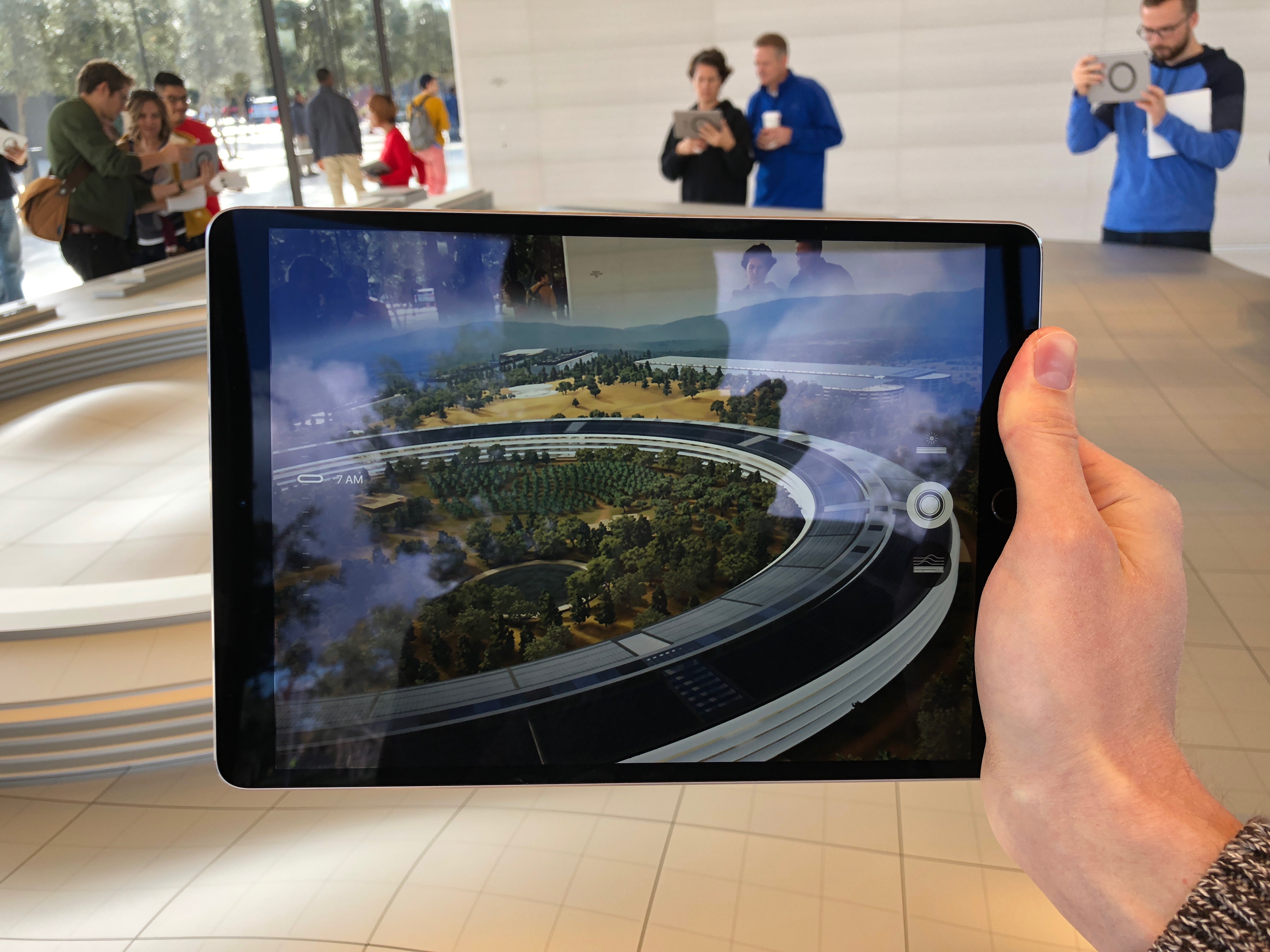 Apple has already used AR to great effect in the retail setting, creating a custom ARKit-powered Apple Park campus experience in their visitor center. The demo has been well received, and is considered a highlight of the visitor center by many. A more modest AR demo for HomePod would drive interest in the speaker while familiarizing a larger audience with augmented reality.

Custom iPads stored below the HomePod display and loaded with a special ARKit app would power the demo. Employees at Apple Park give brief demonstrations on how to use the app before letting you explore for yourself.

At WWDC 2017, Phil Schiller presented several HomePod graphics on stage that would translate well to AR demos. The first was a cutaway of HomePod’s components. Customers could look inside the speaker and see HomePod’s 7 tweeters and 6 microphone array. The simulated subwoofer could even thump to the beat. 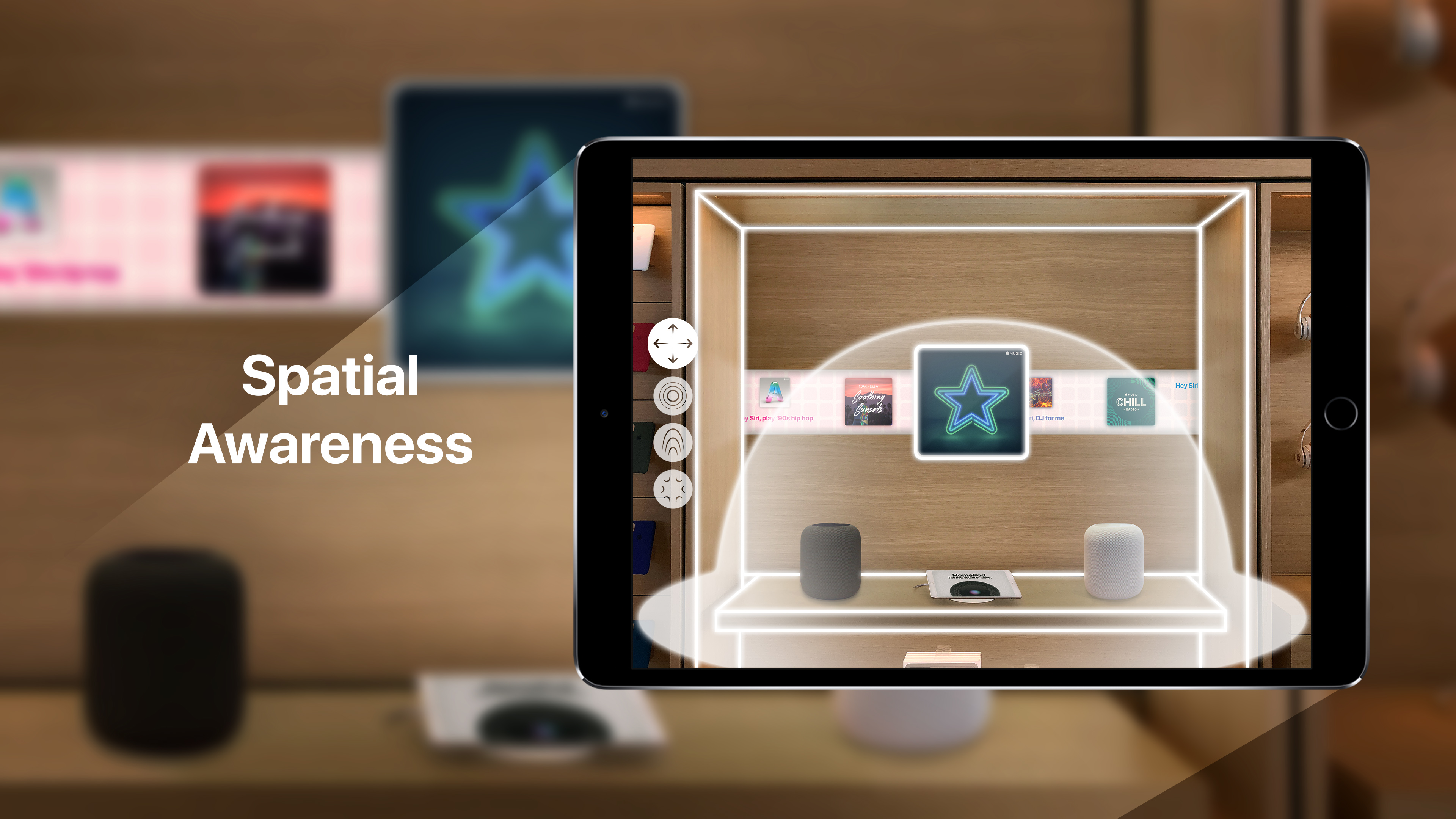 Short animations during the keynote and on Apple’s website visualized the spatial awareness and directional sound possible with HomePod. With AR, customers could interact with sound as it fills the room. Switching between spatial awareness, full mix, center vocals, and the 6 microphone array would demonstrate the intelligence of the speaker’s audio processing. Virtual sound waves could be dynamically mapped based on the current track’s frequencies.

Coming in iOS 11.3 this spring, ARKit 1.5 introduces vertical surface mapping. This update enables Apple to accurately map both the shelves and walls in the store to highlight how HomePod can sense the shape of the room it’s in. Since Apple knows the precise dimensions and lighting conditions of every Apple store, these AR demos could be tuned with a precision not possible in an uncontrolled environment. 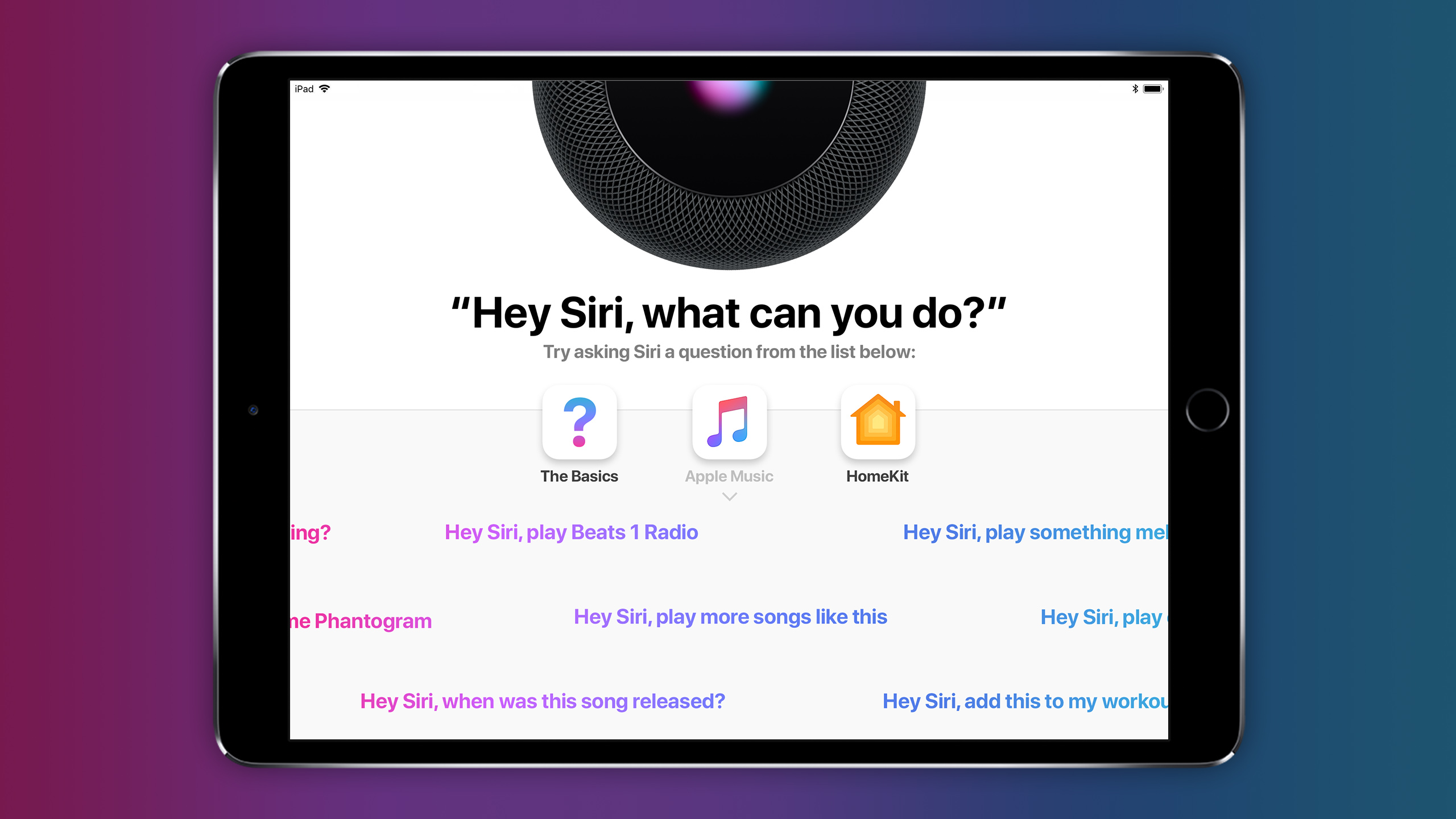 The HomePod is a great speaker, and it begs for an equal demo. If the product has wider long-term ambitions than becoming an accessory like a Google Home or Amazon Echo device, Apple should give it the attention it deserves with a prominent display of its own.