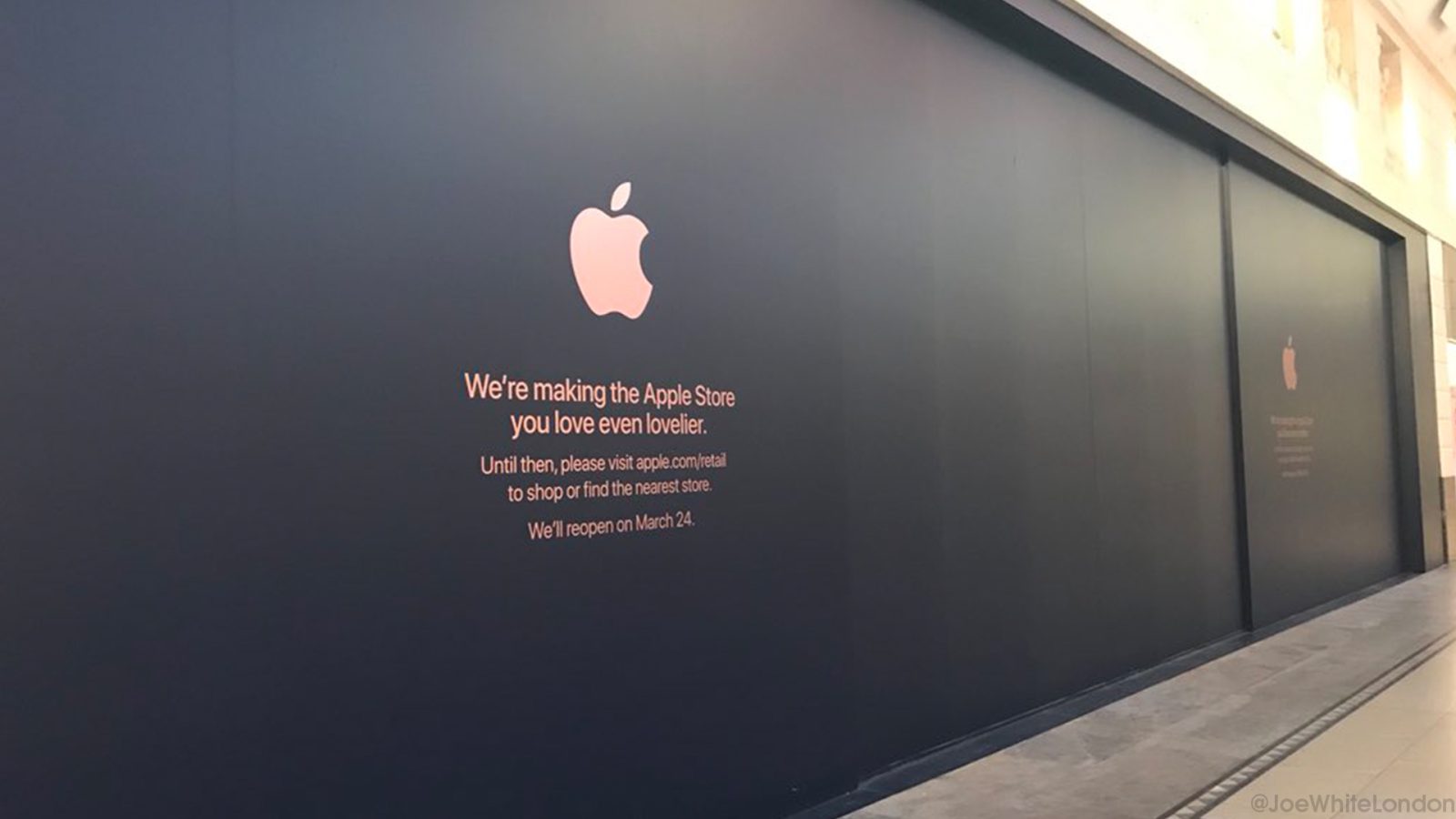 After closing last July for an extensive expansion and renovation, Apple’s retail location at Bluewater in Kent, England is set to reopen on March 24th.

While Apple’s retail website for the store hasn’t yet been updated, London resident Joe White noticed new signage posted on temporary construction walls at the store that lists the grand reopening date. The walls were previously blank throughout the remodeling process. In the interim, customers have been directed to a nearby store in Bromley.

Bluewater is a popular upscale shopping destination for Kent residents, and became the home of Apple’s third retail store in the UK in 2005. Following up the beautifully remodeled Apple Regent Street and historic Apple Birmingham, Bluewater marked the first mall Apple store in the country.

Since 2015, older stores, particularly smaller locations and those that opened prior to 2011 have been rapidly replaced with fresh storefronts modeled after Apple’s new retail design language. With this in mind, it’s relatively safe to assume that Apple Trafford Centre, which opened in Manchester just a few months after Bluewater, could be seeing its own renovations soon.

According to White, Apple has taken over an existing storefront directly adjacent to its previous store at Bluewater, which will make the remodeled shop about 30-40% larger than before. Since closing over 7 months ago, shoppers have been regularly asking the mall on Twitter when the store would reopen. Until recently, the most precise time estimate given from mall management was “spring.”

Hi, the Apple store will be re-opening this Spring. Thanks, BW.

After construction walls come down, it’s likely that the public will see a facade closely resembling other remodeled stores in the UK such as Apple Brent Cross and Meadowhall. This year alone, Apple has closed several smaller retail locations in Tennessee, Texas, and Washington for similar renovations. Apple Shibuya in Japan has been closed since last November. Just last week, cube-sized scaffolding rose at the construction site for Apple’s iconic Fifth Avenue location in New York, rumored to open later this year. You can keep up with all store news in our Apple Retail Guide.