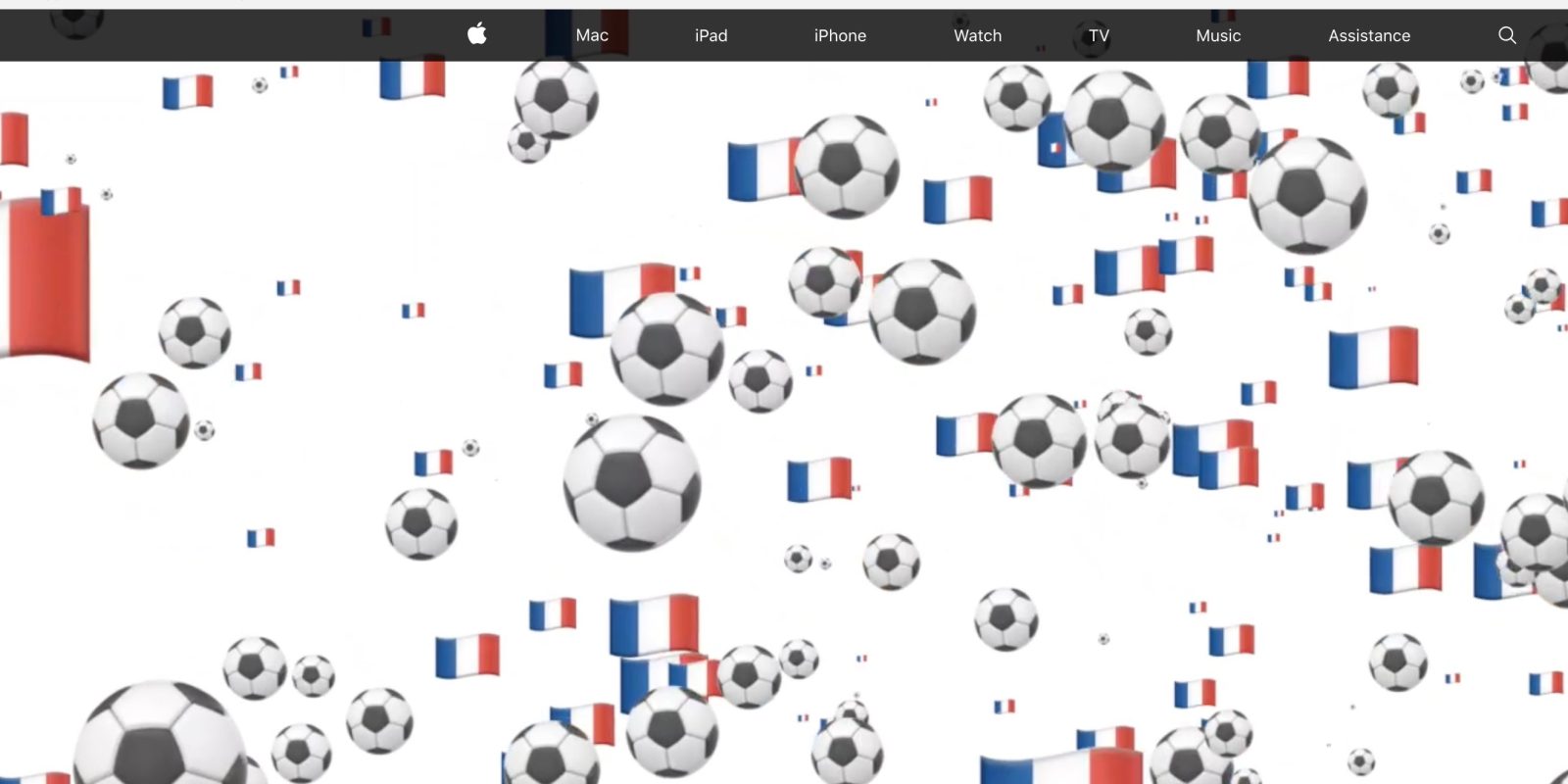 Ahead of the World Cup final tomorrow between France and Croatia, Apple is joining the fun. The company has overhauled both its French and Croatian websites with a short soccer-themed videos…

For Croatian fans, the Apple homepage features a similar design, albeit without the Croatian flag. Instead, we’re looking at fire and heart emoji, as well as soccer balls floating around the site.

Apple rarely overhauls its homepage, so it’s clear the company is excited about tomorrow’s big World Cup final. In the past, the Apple․com homepage has been overhauled following the death of Steve Jobs, the Shot on iPhone ad campaign, Global Accessibility Awareness Day, and more.

Apple has gone all out for this year’s World Cup. It added special World Cup features to Siri and Apple News, launched a new ‘Behind the Mac’ campaign, and released a trio of soccer-themed ‘Shot on iPhone’ ads last week. It has also dominated photo opportunities thanks to a prolific number of players wearing AirPods while in transit.

Who are you rooting for in tomorrow’s match? Let us know down in the comments!