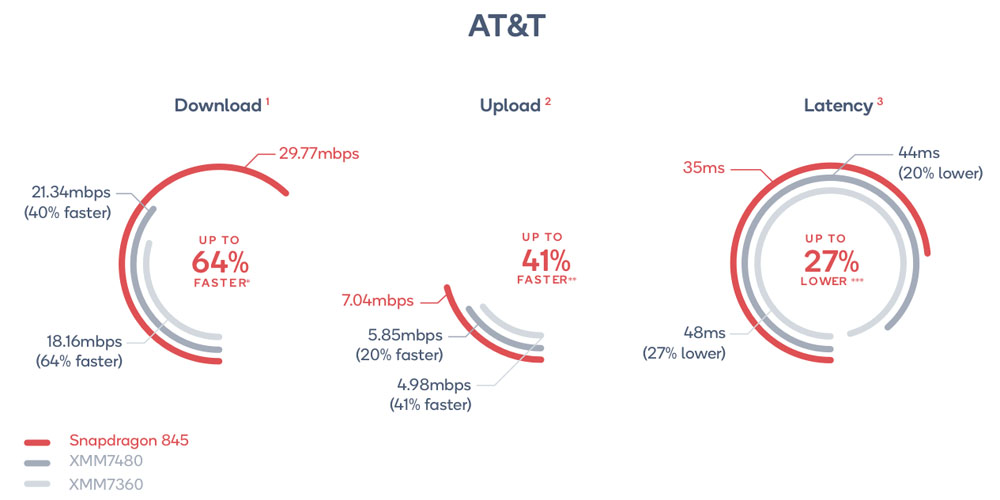 Samsung last week posted three 30-second ads making fun of the iPhone X. One referenced the lack of a fast-charger in the box – something Apple is reportedly correcting this year. A second poked fun at the lack of a headphone socket, and the third pointed to Samsung’s Galaxy S9 getting a (slightly) higher score for its camera in DxOMark tests.

This followed an earlier ad about download speeds. Qualcomm takes a similar tack in a blog post referencing the same Ookla speed-test comparisons between the Qualcomm X20 modem, found in flagship Android phones like the above-mentioned S9, and the Intel XMM 7480 modem found in the iPhone X.

Ookla generated the data by noting the device identifier of people using the Speedtest app, then breaking down the results by the modem used in each model. However, the ‘up to’ qualifier on the numbers makes it hard to get a true like-for-like comparison.

Qualcomm and Apple are not exactly best buddies at present, with the companies engaged in a series of lawsuits and countersuits over the chipmaker’s patent claims. Apple seems to want out of the whole mess, reportedly planning on designing its own modem chips for future iPhones.