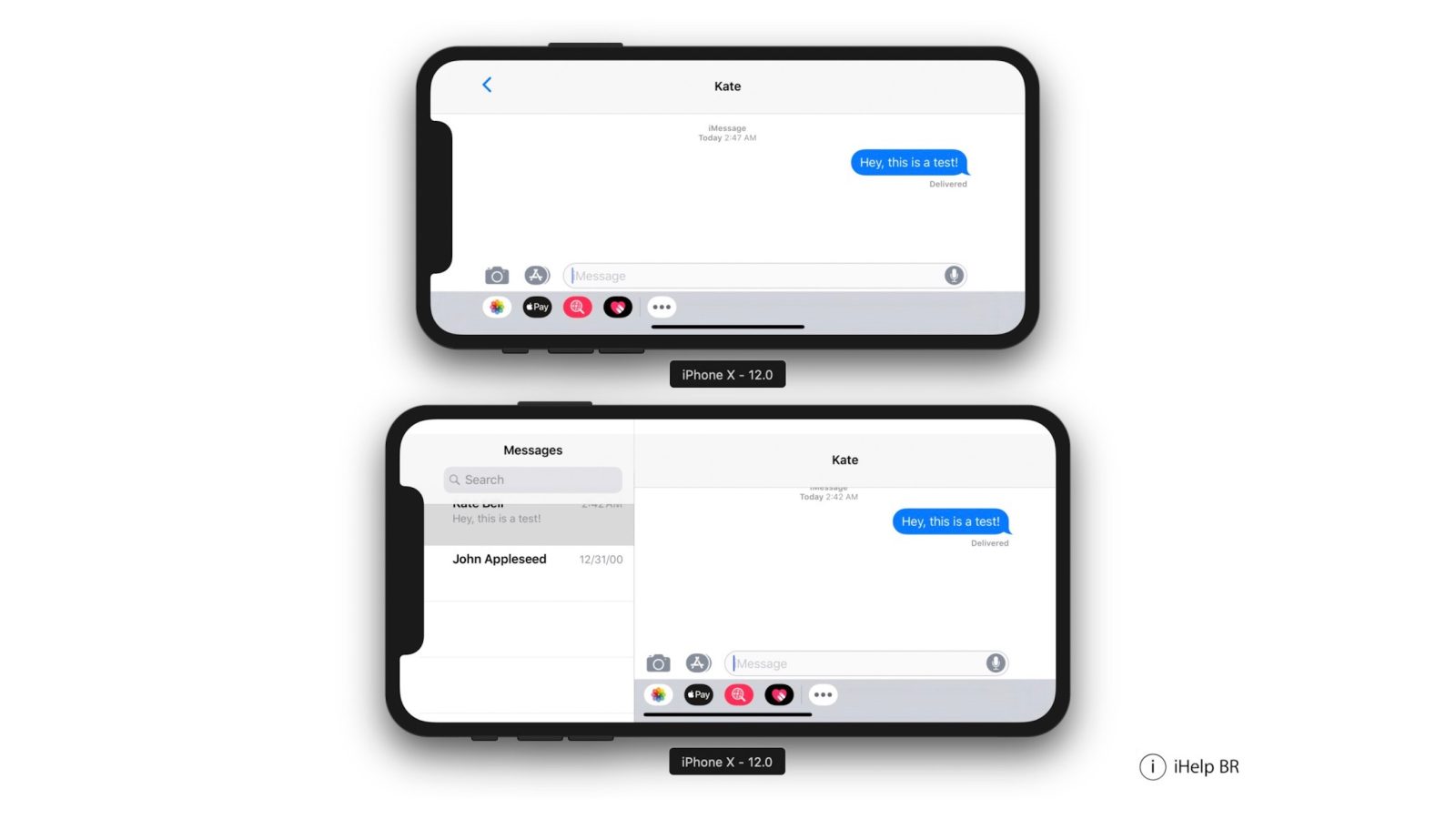 Apple is said to have a larger, 6.5-inch iPhone X Plus in store for later this year, and previous rumors have said that such a device would feature a screen resolution of 1242 x 2688 pixels.

Now, Brazilian Apple news site iHelpBR has found evidence in the latest iOS 12 beta that seemingly confirms that resolution, and suggests the iPhone X Plus will support iPad-like landscape mode…

Despite its 5.8-inch display, the current model iPhone X does not support iPad-like landscape mode throughout the operating system, but rather only supports limited app interfaces in landscape mode.

iHelpBR, however, was able to force the iOS simulator tool with iOS 12 and Xcode to run iOS at a resolution of 1242 x 2688 pixels – the rumored resolution of the iPhone X Plus. In doing this, it discovered that stock applications such as Calendar, Contacts, and Messages are already being optimized for a broader landscape layout.

For instance, in the Calendar application, you can now view the calendar itself on one side of the display, with your events on the other side. Further, Contacts lets you view a single contact card on one side and your full list of contacts on the other.

Perhaps most notably for many users, Messages supports viewing all of your threads on the left side, and a single thread on the right side – much like it does on the iPad and Plus-sized iPhones.

Apple released the fifth test version of iOS 12 for developers yesterday. To our surprise, when running the new build with the supposed resolution of the iPhone XS Plus, it was possible to view the applications in landscape mode as they are displayed on the larger models. That is, taking better advantage of the space of the big screen.

The lack of a more spacious landscape layout has been a complaint from many iPhone X users, but that’s a concern Apple is seemingly looking to address with this year’s 6.5-inch iPhone X Plus.

Are you excited to see more expansive landscape app interfaces coming to the iPhone X Plus? Let us know down in the comments!