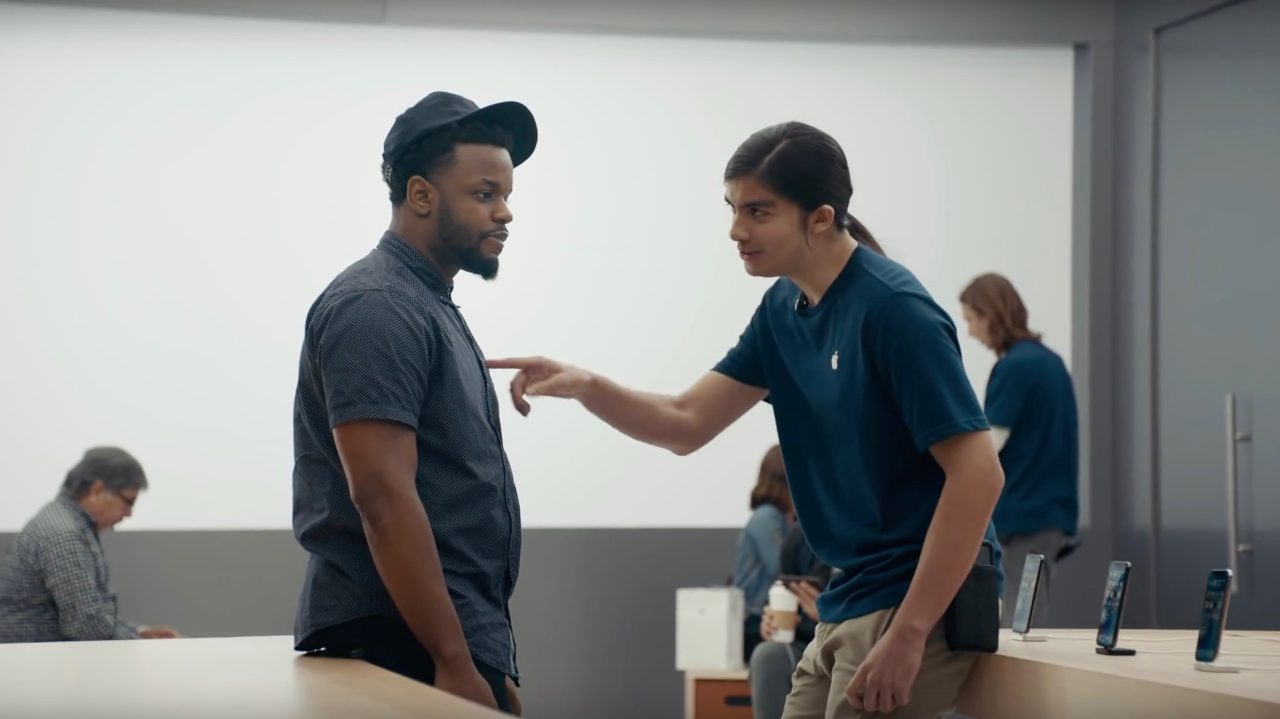 After debuting its newest smartphone, the Galaxy Note 9 yesterday alongside a fresh Apple Watch competitor and more, Samsung is out today with two new ads in its “Ingenius” campaign. However, in an awkward twist, one of the ads pokes fun at iPhone X “power” after Apple’s 2017 release was just shown to outperform the new Note 9.

Samsung released two new ads today to try and hype its new 6.4-inch Galaxy Note 9. Titled, “Power” and “Pen,” the first ad shows an Apple employee arguing with a customer about what “power” on a smartphone really means. “Pen” attempts to poke fun at the fact that Apple Pencil is only made to work on iPad.

The “Power” ad starts with a customer saying “because the Galaxy Note 9 is really powerful man.” Ironically, we learned yesterday that Samsung’s latest flagship smartphone was outperformed by the iPhone X in several benchmarks. The ad then pivots and tries to paint the picture that facial recognition features on iPhone X and the Note 9 are equal.

Since the updated S-Pen that comes with the Note 9 got some new features like the ability to act as a selfie remote and more, Samsung took the opportunity to pick on the Apple Pencil. The “Pen” ad features the same goofy Apple employee who doesn’t have an answer for a customer who wants to use a stylus with an iPhone.

What do you think of these latest marketing attempts by Samsung? Share your thoughts in the comments below!