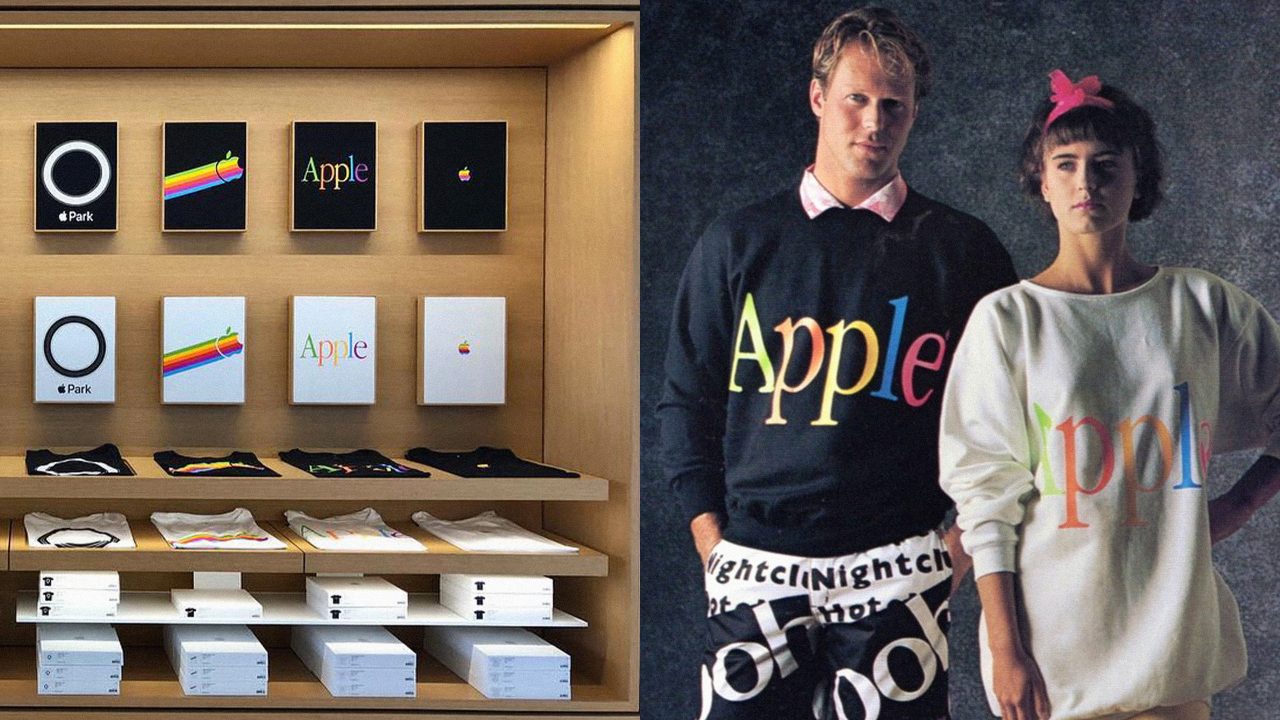 It’s widely known that Apple Park Visitor Center offers highly-coveted custom merchandise for guests. The curated selection of T-shirts, caps, souvenirs, and more isn’t available to purchase at any other Apple store or online. Even the old Infinite Loop campus has a separate line of gear. Today, Apple updated its T-shirt selection at the Visitor Center for fall with some designs that long-time fans might remember.

Eight designs are now available to purchase in either white or black for a grand total of sixteen shirts. Last fall’s set of clothing, first available at the iPhone X Special Event and later to the public in November, featured four designs in a range of colors for the same total of sixteen.

Held over from last year are shirts bearing a small rainbow Apple logo in the center and others emblazoned with Apple Park’s patent-pending ring logo, featured on invitations for September’s Special Event at Steve Jobs Theater. A monochromatic version of this design has been added as well. 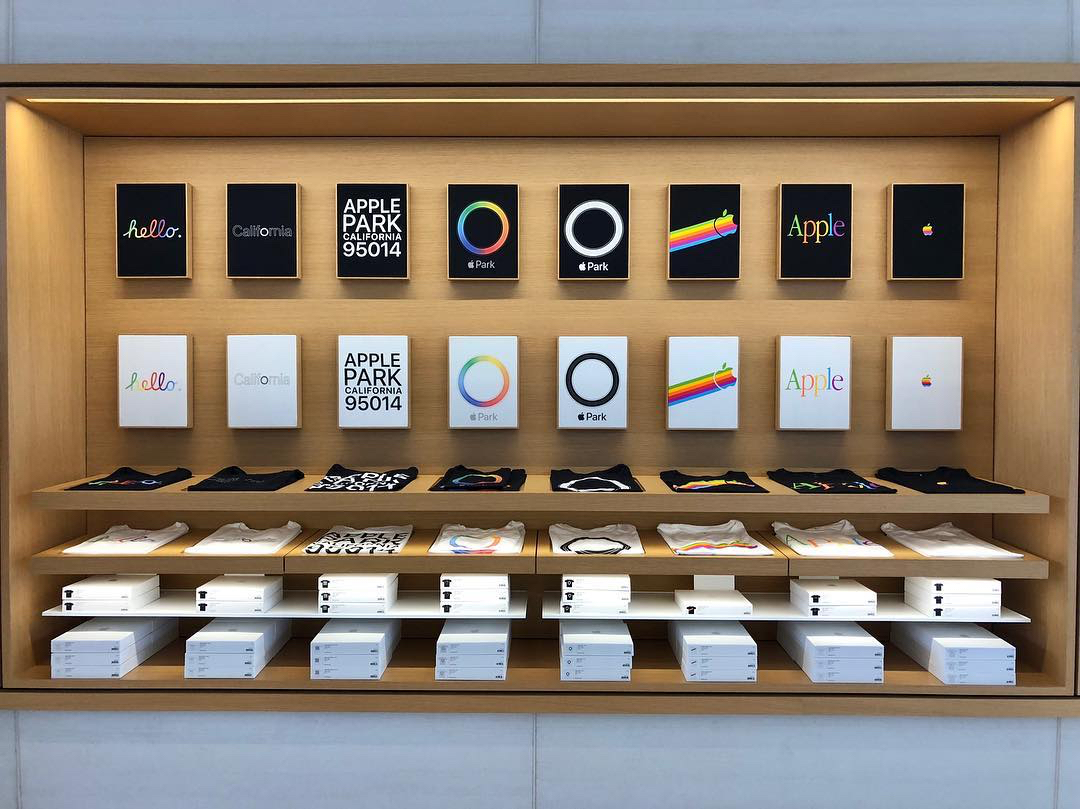 Eagle-eyed observers will note that three of this fall’s designs aren’t really new at all, but rather subtle nods to vintage Apple designs from the 1980s. Apple rarely spends time publicly dwelling on its past, so these nostalgic throwbacks are a treat for long-time fans. On two shirts, the famous “hello” script from the 1984 Macintosh has been rendered in classic logo colors. On others, angled rainbow stripes propel the vintage Apple logo with forward motion. This design appears to be lifted directly from the 1983 Apple Gift Catalog, a promotional mailing filled to the brim with merchandise that is quickly making a trendy comeback. 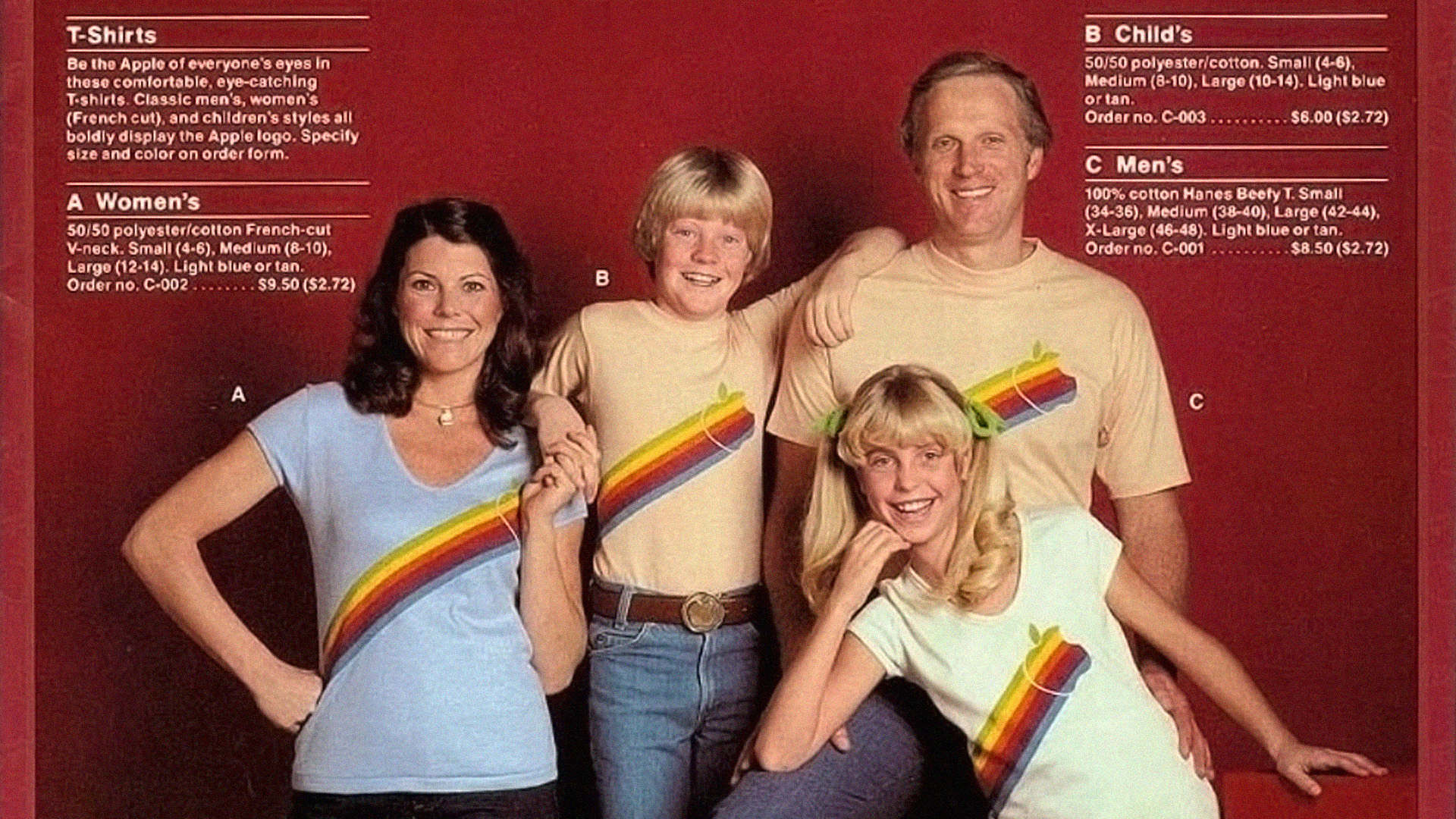 My favorite design is simply the word “Apple” set in multicolored Apple Garamond, the company’s marketing font throughout the 80s, 90s, and early 2000s. A variation of this shirt was offered in the 1986–87 edition of The Apple Collection, a catalog of branded items designed in collaboration with other manufacturers Apple respected.

Rounding out this fall’s offerings are modern designs with the text “APPLE PARK CALIFORNIA 95014,” referencing the company’s address, and others with the word “California” stylized to show the letter O as Apple Park’s ring. Other merchandise like caps, cards, and tote bags don’t appear to have been updated yet, but could follow. Personally, I’d like to see 1983’s tote bag design make a comeback: 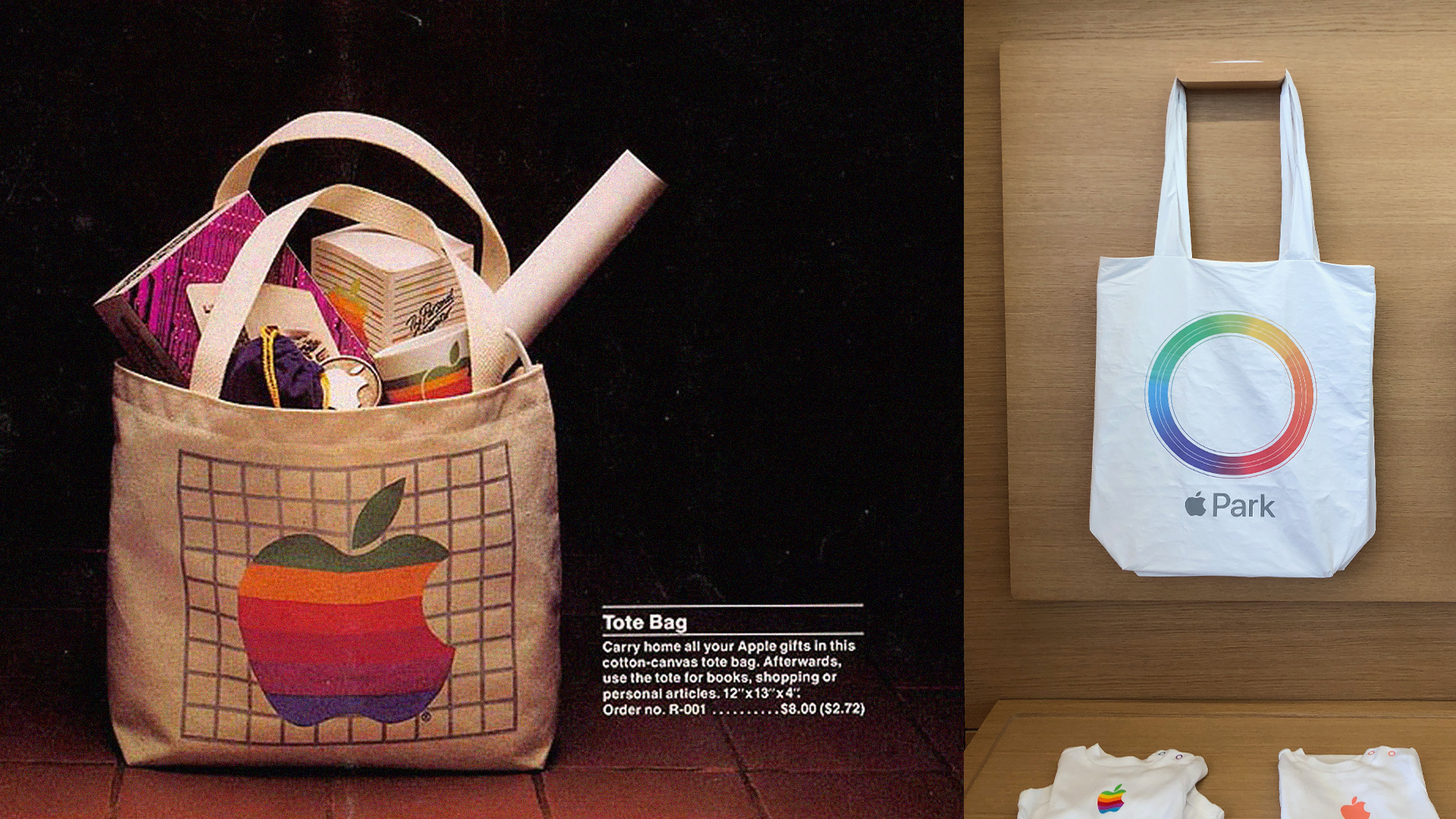 Apple’s recent nostalgia kick extends to invitations sent our for next week’s Special Event in Brooklyn as well. At least five of the uniquely styled logos incorporate classic branding or reference Apple history. One is strikingly similar to the manual for the Apple Lisa. 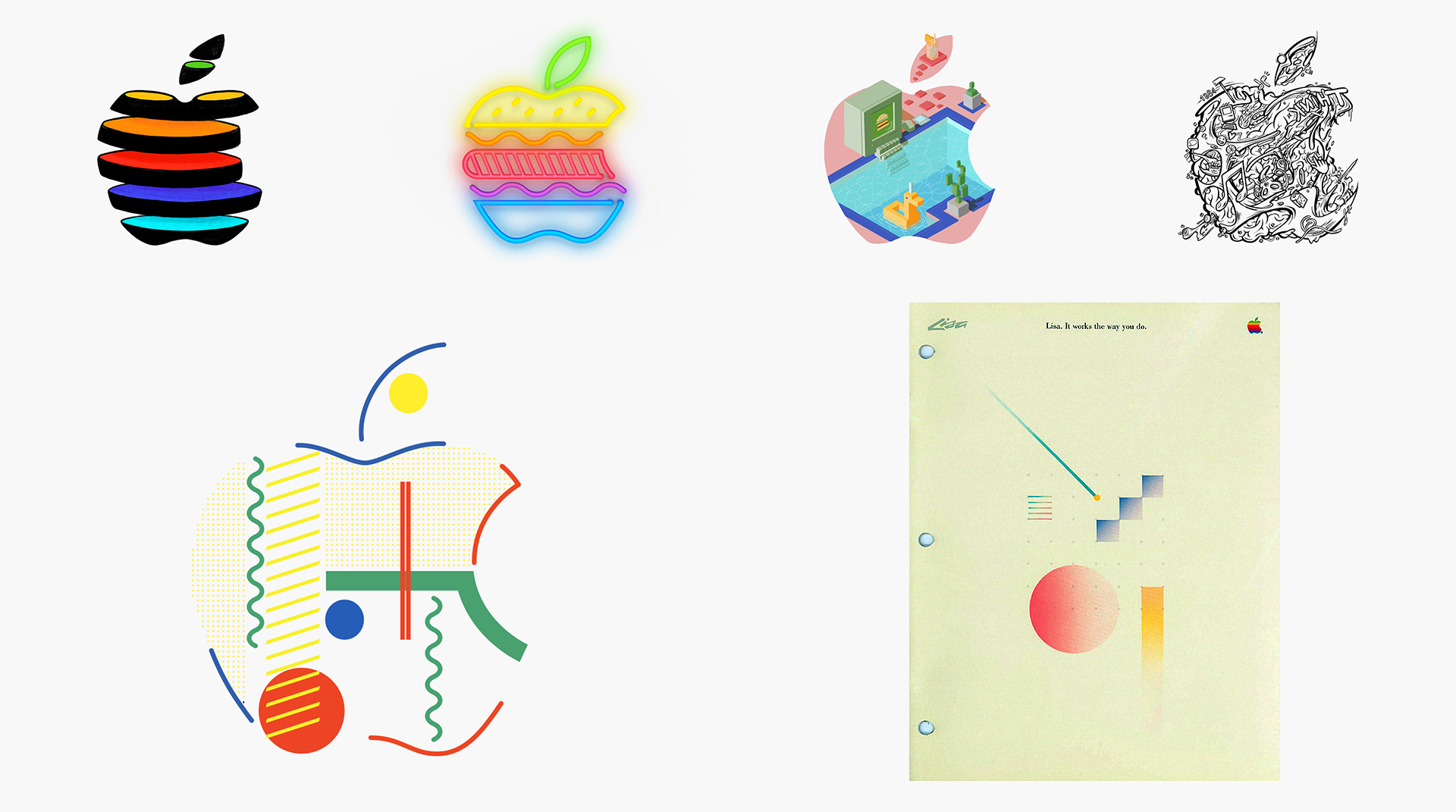 Today’s updates at the Visitor Center follow September’s refresh of the one-of-a-kind Avenue windows that line the store. Displays were swapped to feature the Apple Watch Series 4 and iPhone XS. Notably untouched is an interactive demo of drawing with the iPad Pro and Apple Pencil. New iPads are widely expected to be announced next week.