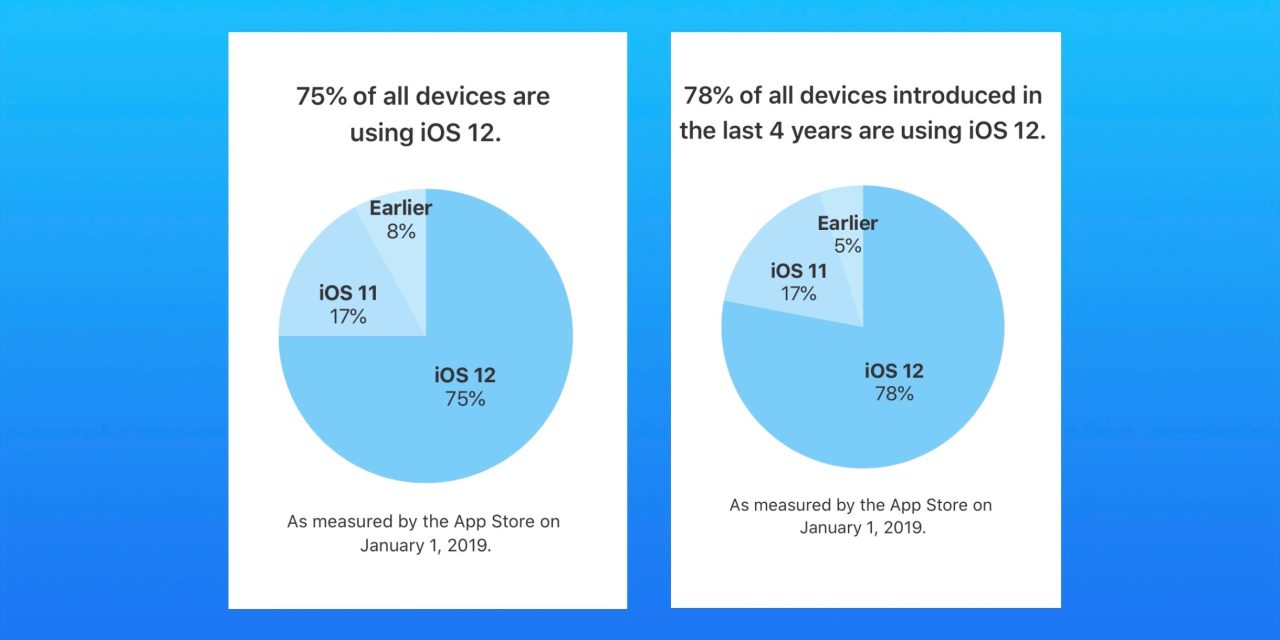 Apple has shared updated metrics on the install base for iOS 12. Moving forward from last month’s update, three-quarters of all iPhone, iPad, and iPod touch devices are now running iOS 12.

Apple detailed the latest data in a post on its developer page today. As of yesterday, January 1, 2019 75% of all iOS devices were on iOS 12, with an even higher 78% of iOS devices 4 years old and newer were on the latest release.

Just under a month ago, Apple shared that 70% of all iOS devices were on iOS 12, with 72% sold in the last four years being on the latest version.

The 70% for all devices was up 10% from October, so adoption has been steady at about 5% for the last several months.